At what point do we admit that something is a failure, and stop supporting it with our time and money?

Because that time has come for abstinence-only sex education.  Actually, that time came and went a few years ago, when the Sexuality Information and Education Council of the United States (SIECUS) published a fact sheet with the damning information that not only does it not decrease rates of teen pregnancy and STD transmission, that the states that pushed abstinence-only sex education had increased rates of both.  Additionally, SIECUS stated that:


In early November 2007, the National Campaign to Prevent Teen and Unplanned Pregnancy released Emerging Answers 2007, a report authored by Dr. Douglas Kirby, a leading sexual health researcher, discussing what programs work in preventing teen pregnancy and sexually transmitted diseases, including HIV.  The report found strong evidence that abstinence-only-until-marriage programs do not have any impact on teen sexual behavior.

The study found that no evidence to support the continued investment of public funds:

“In sum, studies of abstinence programs have not produced sufficient evidence to justify their widespread dissemination…Only when strong evidence demonstrates that particular programs are effective should they be disseminated more widely.”

The study also found that, to date, no abstinence-only-until-marriage program that is of the type to be eligible for funding by the federal government has been found in methodologically rigorous study to positively impact teen sexual behavior:

“At present, there does not exist any strong evidence that any abstinence program delays the initiation of sex, hastens the return to abstinence, or reduces the number of sexual partners. In addition, there is strong evidence from multiple randomized trials demonstrating that some abstinence programs chosen for evaluation because they were believed to be promising actually had no impact on teen sexual behavior.”

$1.5 billion later, that's pretty unequivocal.  Our determination to stick with this obvious failure has to do with two things, I think; the desperation of some people to demonize sexual behavior and therefore legislate sexual morality, and the sunk-cost fallacy -- if we've already put a lot of money into something, we have to keep forging ahead out of some crazy sense that doing so will justify the amount of money we've already spent.

In other words, continue to blow money on a losing proposition because to admit defeat and reverse course would make it obvious that we've been wrong from the outset. 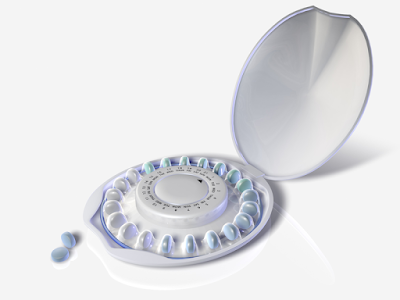 [image courtesy of photographer Bruce Blaus and the Wikimedia Commons]

In any case, the word is finally getting out that the only way to reduce the incidence of teen pregnancy is to have candid, fact-based sex education, and cheap, available birth control.  So what's an arbiter of morality to do?

Export the same failed plan to other countries, of course.

Starting in 2004, Congress has allocated $1.4 billion to fund abstinence-only sex education in sub-Saharan Africa, ostensibly to slow down the transmission of HIV, but driven by the same sex-equals-bad morality that generated similar programs here in the United States.  And to no one's particular surprise, methodologies that didn't work in one place don't work anywhere else.  According to a paper  by Christine Gorman published this week in Scientific American:


A rigorous comparison of national data from countries that received abstinence funding under the U.S. President's Emergency Plan for AIDS Relief (PEPFAR) with those that got none of the funding showed no difference in the age of first sexual experience or in the number of sexual partners or teenage pregnancies—all aspects of behaviors that have been linked to a higher risk of becoming infected with HIV.

Who could have predicted that?

What the study also showed was that the single factor that correlated best with low HIV transmission rates and decreased risk of pregnancy outside of marriage was educational opportunities for women.  Give women opportunities for education and career, and they are less likely to engage in behaviors that might jeopardize their goals for a better life.

It seems like common sense to me.  Education, especially for young women.  Teach children about sexuality and responsibility and how their own bodies work.  Given that most teenagers think about sex pretty much 24/7, make sure they understand the importance of birth control and know how to use it, and make contraceptives widely available and cheap.

And fer cryin' in the sink, stop pretending that abstinence-only sex education works.  We've wasted enough money, and worse -- stood by while thousands of young women got pregnant when those pregnancies might have been prevented through sex education that is actually effective.
Posted by Gordon Bonnet at 4:17 AM