In the last few weeks, Pokémon Go has been all the rage amongst the gamer crowd, to the extent that a Massachusetts man caused a major traffic pile-up when he stopped in the middle of a busy highway to catch a "Pikachu," an Auburn (NY) man crashed his car into a tree basically trying to do the same thing, two California men who neglected to take into account the fact that Pokémon, being imaginary characters, do not have to worry about gravity, fell off a fifty-foot cliff and sustained serious injuries, and the Bosnian government has issued an official warning for players to be careful not to step on a land mine.

So I suppose it was only a matter of time that the evangelical fringe felt obliged to jump into the fun and declare that Pokémon are creations of Satan.

It will come as no shock to regular readers of this blog that the origin of this jaw-dropping revelation is none other than Skeptophilia frequent flier Rick Wiles, who also thinks that the gays are organizing into an elite band of super-soldiers, that Christians in the United States are soon to be rounded up and executed wholesale, and that President Obama murdered Supreme Court Justice Antonin Scalia.

So it's apparent at the outset that we're talking about someone here who has a fairly loose grip on reality.  But this time, what he's saying is so much further outside of the realm of the normal that I can't help but wonder if this guy needs some serious psychological help.

Here's what Wiles had to say:

These Pokémon creatures are like virtual cyber-demons.  Digital demons.  Now, this is where this starts to get weird...  So this morning Doc and Edward and I were in an editorial meeting, we're talking about the topics for today's program, and Pokémon Go was one of the topics.  This is before the police officer showed up.  We're talking about Pokémon Go!  And Edward and Doc said, "Rick, we're going to present to you a really far out idea. about Pokémon Go.  What if this technology is transferred to Islamic jihadists and Islamic jihadists have an app that shows them where Christians are located geographically?"...

After the police officer told us that this man we saw Friday on our property, riding around our property holding his phone, a grown man, a forty-year-old man on a four-wheeler riding around our building suspiciously holding his phone up like he's photographing our building, the police officer comes back and tells us, "Look, I solved the case, he was playing Pokémon Go."  This is why in the office today we all did a triple-take looking at each other.  Because the theory that Doc and Edward presented to me today before the police officer came here was, what if we find out that the demons, the Pokémon Go demons, are being located primarily inside churches?  Well, guess what?  They downloaded the app, they stood here and downloaded the Pokémon Go app, and lo and behold, there is the TruNews office, there's the outline of our building, there you can see where the exit doors and windows are, and there inside the building is a virtual cyber-demon.  And what this man Friday was trying to find was the Pokémon demon that had been placed inside the TruNews office.

If this technology got into the hands of the wrong people, it could target the churches, it could target the elders, the deacons, the ministers, the Sunday school teachers, the youth pastors.  You could have an app that would lead you to the homes of these strong Christian leaders.


We found that the churches in our area were all portals.  They were rally points where you could put down bait.  This is where you can go to find and capture these demons.

Wiles then picked up the thread again:


The enemy, Satan, is targeting churches with virtual, digital, cyber-demons.  I believe this thing is a magnet for demonic powers.  Pokémon masters may soon start telling people to kill people in those buildings so they can capture more of these cyber-demons.  They’re spawning demons inside your church.  They’re targeting your church with demonic activity.  This technology will be used by the enemies of the cross to target, locate and execute Christians.

Righty-o.  Do I need to emphasize that what they're talking about is a game wherein players capture creatures that are imaginary?  I.e., not real?

Of course, given that Satan pretty much falls into the same category, I suppose it's not to be wondered at that Wiles and Szali have some difficulty with the distinction. 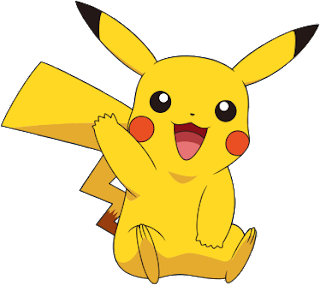 Don't be misled by this cheerful smile.  He's reaching out to steal your soul.

Anyhow.  You may want to keep all of this in mind, if you are a Pokémon Go player.  Not only do you have to worry about causing a car pile-up, running your own car into a tree, falling off a cliff, or stepping on a land mine, you now have to fret about your cell phone becoming infested with cyber-demons.

Me, I think I'll stick with birdwatching, which a student of mine aptly characterized as "Pokémon for adults."  You wander around for interminable periods outdoors in all sorts of weather, become obsessed with seeing species you've never seen before, and flock to places where other players have seen something interesting or unusual.  There's still the potential of accidents, but at least you don't have to worry about birds being demons, although I have to admit I wonder sometimes about starlings.
Posted by Gordon Bonnet at 3:21 AM