In the past few years, the religious right has cultivated an attitude of persecution amongst its followers.  It's worked; we hear over and over about the War on Christmas, how anti-discrimination laws are restricting the rights of the religious, even how the Evil Federal Government and Their Activist Judges are plotting to round up Christians and put them in jail for their beliefs.

And instead of being laughed into well-deserved obscurity, these ranting loons have actually convinced large numbers of apparently sensible people that Christians are a persecuted minority in the United States, despite the fact that 83% of Americans self-identify as Christian.  Also despite the fact that churches and church property are tax-exempt.

And also despite the fact that in many states, Christian private schools receive little to no oversight from state education departments.

I didn't realize the extent to which this can go awry until I read the exposé published last week in the online news source Alabama.  Written by Anna Claire Vollers, this article is entitled "Former Students Share Harrowing Stories of Life Inside Alabama's Worst Religious Private School," and was as gruesome and hard to read as the title would lead you to believe -- but I strongly urge all of you to read it, because it's brilliantly written and there is more to the story than the few details I have room for in this post.

Under the guise of providing religious guidance and education to troubled teens, the Restoration Youth Academy of Prichard (outside of Mobile, Alabama) was allowed for years to engage in practices that as an educator I can only describe as "destroying children."  Teenagers were shackled, beaten, put in solitary confinement for speaking up for themselves or others, deprived of food and clothing.  One 14-year-old was confined naked in an "isolation room;" a girl made to stand in front of the others while the leaders called her derogatory names.   The only curriculum provided was ACE (Accelerated Christian Education) which is an ultra-fundamentalist school curriculum that teaches young-earth creationism and that anything other than traditional gender roles is sinful.

Lucas Greenfield, who when 14 was locked into an eight-foot-by-eight-foot room with blank walls and a single bare light bulb, said, "When you're inside a tiny room where all you can see is four walls, you start – I won't say hallucinating, but you start going crazy.  All you think about is, what's the best way to kill myself?  Is there any way out of this?  This is ridiculous.  I hope I die...  This kind of program should not be allowed to exist.  All because you put a cross on top of a building and call it a Christian program, we're supposed to overlook all that happens in those places?" 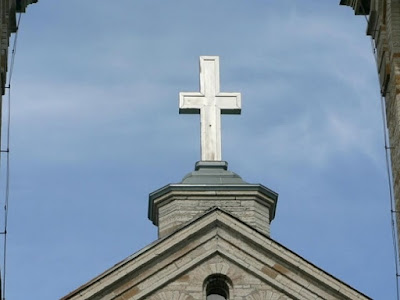 There are stories of mandatory boxing matches, often deliberately pitting younger and weaker children against stronger and more aggressive ones.

"They'd have the bigger kid beat the shit out of the other kid," said Greenfield.  "They'd make us form a big circle. You can't get out and you can't get back in.  They would always have somebody, normally me, pray before we'd have the boxing match. Will [head instructor William Knott] told me to pray nobody got killed.  I was like, really?  You're the one making them fight."

Greenfield is one of the lucky ones.  He was freed in 2015, and has completed his high school diploma, and has plans for his future.  Others still suffer from PTSD and anger issues.  Many have dropped out of the public schools to which they were transferred after being released.  Several have retreated into drug abuse.

And all of this went on for years, with the state turning a blind eye.  Vollers writes:


Alabama law (Code of Alabama 16-1-11.1) says state regulation of any religiously affiliated school would be an unconstitutional burden on religious activities and directly violate the Alabama Religious Freedom Amendment.  State law also says the state has no compelling interest to burden nonpublic schools with licensing or regulation.

While Alabama does have a few basic reporting requirements for private schools, it exempts those that are church schools in every instance.  Teachers do not have to undergo background checks and schools do not have to be inspected.  While many church-affiliated schools do choose to pursue licensing or accreditation by outside agencies, it's not a mandate in Alabama.

The good news -- if we can call anything connected to this nightmare "good news" -- is that Restoration Youth Academy has been closed, and its owner, Pastor John David Young, head instructor William Knott, and guidance counselor Aleshia Moffett, were arrested and charged with multiple counts of aggravated child abuse.  They are scheduled to stand trial this fall, and astonishingly, deny all wrongdoing.

What sickens me most about all of this is that these three monsters spent years overseeing the ruin of children's lives, and because they are a "religious institution" the state made no effort to check on what they were doing.  There are children who were imprisoned in RYA (yes, I use the word "imprison" deliberately, although people in prison are treated more humanely than this) who will never recover.

It's time that state and federal officials recognize that religious institutions, like any human-created and human-run endeavor, can be wonderful and life-enriching or sadistic and destructive.  There is no justification (and never has been) for the government giving carte blanche to places like RYA simply because they're afraid of being accused of a campaign of persecution by the religious.

Giving proper oversight to churches and church schools and treating them as equivalent to any other organization aren't encroaching on "religious freedom;" it's doing what government should do, which is to protect the rights and safety of the citizens from the unethical, unscrupulous, and as is the case here -- the downright evil.
Posted by Gordon Bonnet at 2:23 AM