When I wrote last year about ISIS's systematic destruction of the archeological treasure-trove in Palmyra, Syria, one of my readers stated, "And there you have one more difference between the Muslims and the Christians; you don't see Christians participating in this kind of wanton destruction."

After a brief exchange in which I at least got her to add the words "... any more" in the interest of historical accuracy, I let the matter drop.  Whether the aggressive proselytizing by Christian missionaries in the 20th century, especially in Africa, could be looked upon as accomplishing the same thing was a direction I didn't have the inclination to take the conversation.  In any case, arguments about religion rarely ever accomplish anything but hard feelings on both sides.

And to be fair, the scale on which ISIS and the Taliban have destroyed the cultural heritage of Syria and Afghanistan is far beyond anything similar we've seen recently.  But that doesn't mean the same sort of impulses don't drive some of the Christian fringe.  They just have less opportunity to exercise their crazy ideas.

Enter the Christians who are working in Mexico to destroy the iconic Mexican pyramids because they're "used for devil worship."

Authorities in the village of San Bartolo Tutotepec are investigating damage to the 7,000 year old pyramid of the same name, after Jehovah's Witnesses took credit last month for similar damage to the Makonikha sanctuary in Hidalgo.

"We are following the word of God," a spokesperson for the church told Mexican news source Telesur after the first incident.  "We believe that the sites are still used for traditional rituals that are not Christian and may involve devil worship." 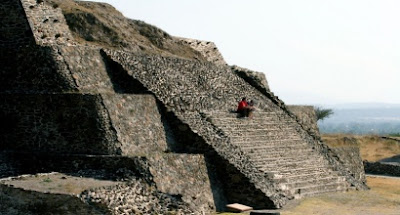 In fact, San Bartolo is used for religious observances by the Otomi people to worship and give sacrifices to their deities of earth and water.  But apparently there are those who follow the general scheme of "if it's different than what I believe, it's devilry," and think this equates to "worshiping Satan."

Mexican authorities have stated that it may not be the same people who participated in the earlier incident, and are also investigating some local villagers who have voiced the same opinions.  But whoever turns out to be responsible, it comes from the same motives; the idea that it's somehow virtuous to be vandals for god.

I think what galls me most about this is that these people, and others like them, think that the beliefs of others don't matter.  They are not content to follow the tenets of their religion insofar as it guides their own ethics and morals; they take the further step of claiming that god is directing them to control how everyone else lives. 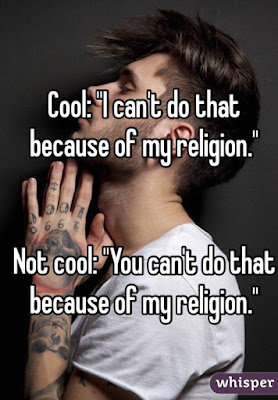 Plus, of course, there's the tragedy of irreparable damage to a beautiful structure that has withstood 7,000 years of human use and natural wear and tear.  The idea that these people would think they had the right to walk and and vandalize it makes me feel a little sick.

I'm also amazed at how far some people will go to give the vandals a bye simply because they're Christians.  I was discussing this with a friend a couple of days ago, and he said, "You can see why they think it's devil worship.  You do know that those temples were once used for human sacrifice, don't you?"

Yes, well, they aren't now, are they?  If we were to tear down every structure that had ever been devoted to torture, execution, and man's general inhumanity to man, we wouldn't have much left.  Starting with the Tower of London and working our way outwards from there.

So I can't find any mitigating circumstances here.  I hope that the vandals get caught before they can do any further damage, and that "wait, it's my religion" isn't pulled out as some kind of Get-Out-Of-Jail-Free card.
Posted by Gordon Bonnet at 2:35 AM