What frustrates me most about woo-woos isn't that I disagree with them on their conclusions.  Heaven knows there are lots of people who disagree with me on a lot of things, and if I disliked them all, I wouldn't have any friends.

What bothers me is their tendency -- and I know I'm overgeneralizing a bit -- to accept a claim despite (or even because of) a complete lack of evidence.  That "because of" bit becomes especially powerful with conspiracy theorists; they seem to consider "zero evidence" a badge of honor.  "Of course there's no evidence," they seem to say.  "Do you think the Illuminati would leave around stuff like evidence?"

As a good example of this, take the case of the death of Max Spiers, prominent British ufologist, supernaturalist, and conspiracy theorist, this past July.  I found out about it over at Sharon Hill's wonderful site Doubtful News, and it certainly is a little on the peculiar side.  You can learn more of the details (such as they are) in Hill's article, but the bare-bones of the case seem to be as follows:

Spiers died in Warsaw in mid-July; the date isn't certain but was probably the 15th or 16th.  He had made a video three days earlier in which he seemed to be either ill or on drugs.  His speech was slurred and at some points unintelligible, and what he was saying devolved into an incoherent ramble.  Spiers is known to have had problems with misuse of opiate drugs in the past, and those symptoms are certainly consistent with being on a narcotic. 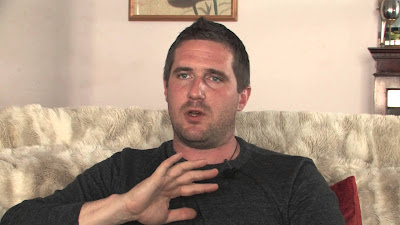 Spiers's body was flown back to the UK and presumably autopsied, but the results of the toxicology and post mortem have not been made public.  "An inquest is expected," but the authorities have not been forthcoming with further details.

Then we have a claim by his mother, Vanessa Bates -- unsubstantiated as yet -- that Spiers had texted her shortly before his death with a cryptic and sinister warning: "Your boy’s in trouble.  If anything happens to me, investigate."

And that's it, as far as the facts go.

I'll admit that the circumstances are strange, especially if the text to Vanessa Bates turns out to be authentic.  Certainly worth an investigation.  But the woo-woos have taken this extremely slim bunch of information, and come to...

... well, conclusions.  Lots of conclusions.  Here are just a few that have been circulating on conspiracy and UFO websites:
And so on, and so forth.

Now let's go back to the facts here.  A guy died under fairly mysterious circumstances.  We don't have any information on why or how.  The guy himself had some pretty odd ideas.  There may or may not have been a sinister text from him to his mother shortly before he died.

And that's all.  I'm sorry, you can't take that and add it together and get computer-controlled supersoldiers and evil Energy Vampires.  It's all very well to be suspicious of official reports, but the lack of an official report doesn't prove a damn thing.

Anyhow.  I hope that there's more information coming down the pipeline on this story, although you know that if it comes out that Spiers died of an opiate overdose none of the aforementioned woo-woos will believe it.  As we've seen all too many times before, once conspiracy theorists decide on something, not only is a lack of evidence considered evidence for, but evidence against is considered evidence for as well.