I was asked an interesting question by a loyal reader of Skeptophilia yesterday: Are people who say they "believe in science" admitting that for them, it's a religion?

I think that a good place to start is with the definitions of "religion" and "belief."  So here you are, courtesy of Merriam-Webster:

I think you can see that in its most literal sense, science isn't a religion given that it has nothing to do with any superhuman controlling powers, but it does involve belief by the second half of the definition -- becoming convinced of the truth of a statement because of examination of the evidence.

However, I think this is a fairly shallow analysis.  People have come to use the word "religion" to mean "any set of beliefs arrived at by faith, or that cannot be arrived at by rational analysis."  The belief in reincarnation, therefore, would qualify as a religion in that sense, because there's bugger-all evidence that it happens, and yet people believe it fervently.

My own perception of things -- and I'm no philosopher, so take this with a grain of salt and feel free to argue with me if you like -- is that the only sense in which science is like a religion is at its very basis, i.e., the assumption that the universe obeys certain physical laws, and is knowable through examination of evidence.  Belief systems that reject the reality of the external world -- such as the stricter forms of Buddhism -- would also reject that science is telling you anything valid, because in their view, there's nothing relevant about the external world to study.  But we do have the fact that science has a pretty damn good track record of producing results consistent with what we observe.  If you reject the basic assumption that the scientific method is a valid way of getting to the truth, you're also rejecting just about every technological advance humanity has made since our distant ancestors left their caves. 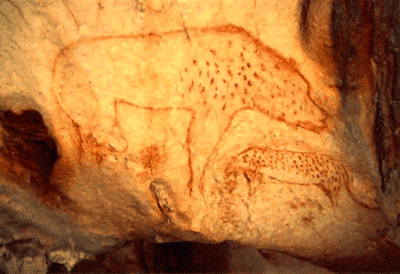 But once you've accepted the baseline assumption that the method works, the rest doesn't rely on belief at all.  Anyone with access to the data can do the evaluation themselves; anyone with the equipment can replicate the experiments that generated the data.  Science is, in that sense, the most egalitarian of pursuits.  It's open to anyone with sufficient brainpower, and even the most set-in-stone law of science can be challenged if the data contradict it.

It's why this video, that appeared on YouTube last week, pissed me off so much.

This is a woman speaking to a class at the University of Cape Town (South Africa), claiming that science needs to be "decolonized" -- i.e., that it is the province of rich white males, and therefore the results are suspect.  It's inarguable that the pursuit of science has for years been accessible only to rich white males; the fact that our society has for centuries been male-dominated and white-European-dominated is hardly in question.  And she's right that it's a tragedy.  The idea that we have for generations wasted the talent, brains, and creativity of anyone but the privileged few is dreadful.

But the claim that because of that, the results generated are probably wrong is idiotic.  Again, once you accept the methods of science -- and that does not appear to be what she's arguing against -- you are driven to your conclusions by the evidence, not by what gender or ethnicity you are.  Further, anyone, regardless of gender, ethnicity, or any other personal or social criterion, is able to challenge your claim if they have better or different evidence.

So science does share some things in common with religion and belief, but it is only at its most basic assumptions, which hardly anyone questions.  After that, logic and evidence take over -- no faith, trust, or blind belief necessary.
Posted by Gordon Bonnet at 2:09 AM