I think all of us can relate to the desire to have our brains work better.

We forget things.  We get distracted.  We let worry keep us from enjoying our days and from sleeping at night.  And that's not even counting the more serious problems that some of us have to deal with -- depression, anxiety disorders, bipolar disorder, schizophrenia, dementia... the list goes on and on.

So it's only to be expected that we're attracted to anything that promises to help us out in the Mental Faculties Department.  This has given rise to companies like Lumosity, which use a variety of brain-stimulating games to activate your neural circuitry -- and, the claim goes, trigger an overall improvement in your mental acuity.

The problem is, they don't work as advertised.  Playing a brain game improves one thing and one thing only -- your ability to play that game.  This was the finding of a study that was published last week in the journal Psychological Science in the Public Interest, and describes work by seven researchers headed by Daniel J. Simons, of the University of Illinois at Urbana-Champaign.  Disturbingly, not only did Simons's team find little in the way of positive results, they found poor experimental design in previous studies that had found such results.  Simons et al. write:


Based on this examination, we find extensive evidence that brain-training interventions improve performance on the trained tasks, less evidence that such interventions improve performance on closely related tasks, and little evidence that training enhances performance on distantly related tasks or that training improves everyday cognitive performance.  We also find that many of the published intervention studies had major shortcomings in design or analysis that preclude definitive conclusions about the efficacy of training, and that none of the cited studies conformed to all of the best practices we identify as essential to drawing clear conclusions about the benefits of brain training for everyday activities.

Simons agrees that it's a discouraging result.  "It’s disappointing that the evidence isn’t stronger," Simons said in an interview in Science Around Michigan.  "It would be really nice if you could play some games and have it radically change your cognitive abilities, but the studies don’t show that on objectively measured real-world outcomes." 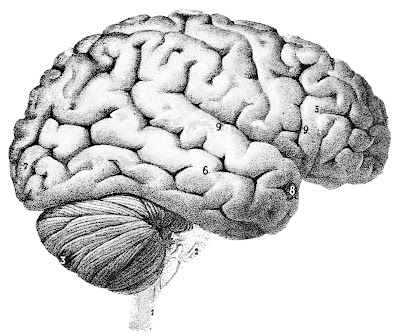 If that weren't bad enough, a couple of weeks ago there was an announcement from a researcher that another brain-improvement strategy -- "power poses" -- also shows little effect.  This one achieved wide acclaim when one of its chief proponents, social psychologist Amy Cuddy, spoke about it on one of the most watched TED talks -- at present, it's been viewed over 36 million times.  The idea is that adopting a body pose of strength and courage affects your hormone levels (especially testosterone and cortisol), which then feeds back and positively affects your mood and anxiety levels; likewise, adopting a submissive or weak pose generates the opposite effects.

The problem is, attempts in January to replicate Cuddy's experiments failed to generate results, and (most damning of all) one of the co-authors of the original study, Dana Carney, has stated outright that "I do not believe that 'power pose' effects are real."  She said the original study made use of the statistical fudging technique called "p-hacking," which (to oversimplify, but give you the general gist) amounts to running a variety of tests and only reporting on the ones that generated positive results.

All of which is not intended to stop you from playing brain games or doing power poses.  I still think there's something to be said for thinking positively, and if you approach life playfully and optimistically you're much more likely to enjoy it and (therefore) be successful at what you do.  (As my dad used to say, I'd rather be an optimist who is wrong than a pessimist who is right.)

But as far as actual measurable results in cognition, memory, or hormone levels?  Apparently not.  Which is disappointing, but perhaps not surprising.  Our brains are tremendously complex organs, and it's always struck me as a little unlikely that powerful neural firing patterns could be so readily malleable.  As usual, the simplistic approach seems to be appealing... but wrong.
Posted by Gordon Bonnet at 2:07 AM