Skepticism often requires maneuvering your way through equal and opposite pitfalls.  As I frequently say to my classes, gullibility and cynicism are both signs of mental laziness -- it is as much of a cognitive error to disbelieve everything you hear as it is to believe everything.

The same is true of reliance on authority.  It certainly is inadvisable to believe without question anything an authority says (or believe it simply because (s)he is an authority); but dismissing everything is also pretty ridiculous.  Stephen Hawking, for example, is a world-renowned authority on physics.  If I refused to believe what he has to say on (for example) black holes I would be foolish -- and very likely wrong.

So categorical thinking tends to get us into trouble.  It's an excuse to avoid the hard work of research and analysis.  It is also, unfortunately, extremely common.

Which brings us to "everything the government tells you is a lie."

Distrust of the government is in vogue these days.  "The government says..." is a fine way to start a sentence that you're expecting everyone to scoff at, especially if the piece of the government in question belongs to a different political party than you do.  That spokespeople for the government have lied on occasion -- that they have, sometimes, engaged in disinformation campaigns -- is hardly at issue.  But to decide that everything a government agency does or says is deliberately dishonest is sloppy thinking, not to mention simply untrue.

It also has another nasty side effect, though, which is to convince people that they are powerless.  If the Big Evil Government is going to do whatever they damn well please regardless of what voters want, it leads people to believe that they're being bamboozled every time they vote.  And powerless, angry, frustrated people tend to do stupid, violent things.

Which is why the whole "the election is rigged" bullshit that Donald Trump is trumpeting every chance he gets is so dangerous.  For fuck's sake, the election hasn't even happened yet; one very much gets the impression that this reaction is much like a toddler's temper tantrum when he doesn't get the piece of candy he wants.  Trump can't conceive of the fact that he could compete for something he wants and lose fair and square; so if he loses (and it very much looks like he's going to), the election must be rife with fraud.

Scariest of all was his suggestion in last night's presidential debate that he might not concede the election if Clinton wins.  As CNN senior political analyst David Gergen put it:


More importantly, many in the press, as well as others (I am among them) were horrified that Trump refused to say he would accept the verdict of voters on November 8.  No other candidate has ever taken the outrageous position that "if I win, that's legitimate but if I lose, the system must be rigged."  It is bad enough that Trump puts himself before party; now he is putting self before country. 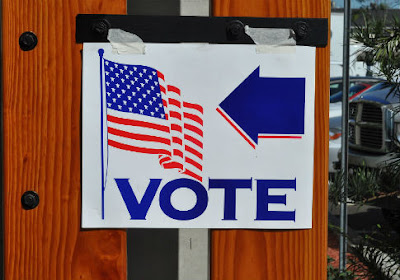 In fact, actual voter fraud in the United States is so rare as to be insignificant with respect to the outcome of elections.  A comprehensive study by Justin Levitt, a constitutional law scholar and professor of law at Loyola University, found 31 cases of credible voter fraud out of one billion ballots cast in the past sixteen years.  A separate study by Lorraine Minnite, professor of political science at Rutgers, came to the same conclusion.  Further, she found that irregularities in elections were almost always due to innocent human error rather than a deliberate attempt to throw the election.  Here are four examples Minnite cites:
It's easy to say "the system is designed to screw voters!" or "the election is rigged!"  It's not so easy to answer the questions, "What evidence do you have that this happens?" and "How would you actually go about rigging a national election if you wanted to?"  (If you want an excellent summary of the argument that the risk of hackers or other miscreants affecting the outcome of an election in the United States is extremely small, check out the CNN article on the subject that just came out yesterday.)

So what we have here is one more example of baseless partisan rhetoric, which has as the unsettling side effect making people on the losing side feel like they've been cheated.  Which, I think, is why we're seeing a serious uptick in threats of violence by people who don't like the way the election seems to be going -- from the woman at a Trump rally who cited "rampant voter fraud" and said, "For me personally, if Hillary Clinton gets in, I myself am ready for a revolution" to Milwaukee County Sheriff David Clarke who tweeted, "our institutions of gov, WH, Congress, DOJ, and big media are corrupt & all we do is bitch. Pitchforks and torches time."

To reiterate what I said at the beginning; it's not that I condone, agree with, or like everything government has done.  Nor do I think that government officials (or whole agencies) are above doing some pretty screwed up stuff.  But to say "government sucks" and forthwith stop thinking -- or, worse still, threaten violence because of that simplistic view of the world -- is not just wrong, it's dangerous.
Posted by Gordon Bonnet at 2:23 AM