Trip to the stars

Because the news down here on Earth in the last few days is making me angry, frustrated, depressed, or all three simultaneously, in today's post I'm going to go to my Happy Place, which is: outer space.

This all comes up not only because of the goings-on I'm exposed to every time I read the news, but because of a loyal reader of Skeptophilia who sent me a link to a wonderful article by Nola Taylor Redd in Astronomy magazine online entitled, "The Outer Solar System Keeps Getting Weirder."  In it we find out that recent research has shown that our home system is not nearly as orderly or predictable as we thought it was back when I was in grade school and remembering the mnemonic "My Very Educated Mother Just Served Us Nine Pies" gave you all of the planets in order, and that was pretty much that.

First, we have the discovery of a small icy planet (or dwarf planet; the astronomers aren't exactly sure yet) called L91, which has a highly elliptical orbit varying from 50 Astronomical Units (an AU is the average distance from the Sun to the Earth) to 1,430.  Not only does L91 have an odd orbit, the orbital trajectory isn't stable.  "Its orbit is changing in quite a remarkable way," said astrophysicist Michele Bannister of Queen's University Belfast at the American Astronomical Society’s Division for Planetary Sciences Conference in Pasadena, California.  "There are minute changes in the object’s orbit that could come from the passing gravity of other stars or interactions with the hypothetical Planet Nine." 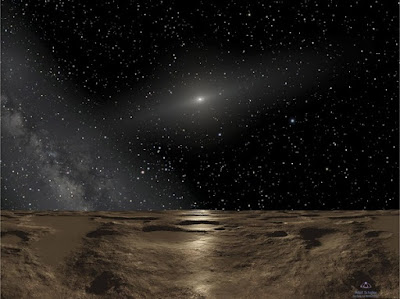 I remember when the whole Planet Nine thing first was proposed, right around the time I was an undergraduate student of physics at the University of Louisiana.  Two of my teachers, Daniel Whitmire and John Matese, had proposed the periodic disturbance of comets in the Oort Cloud by a large planet outside the orbit of Pluto as a mechanism for periodic mass extinctions (the idea being that the planet, as it passes through the Oort Cloud, interacts gravitationally with the comets, slingshotting some of them in toward the inner Solar System, and increasing the likelihood of an impact with the Earth and a resultant catastrophe for us Earthlings).  Apparently, Whitmire and Matese are still at it, and have been vindicated at least so far as the existence of Planet Nine; earlier this year Konstantin Batygin of the California Institute of Technology announced independent evidence of a large planet that was perturbing the orbit of dwarf planets in the distant reaches of the Solar System.

So that's pretty cool.  I mean, not the comets striking the Earth and obliterating everything part, but the odd stuff in the far reaches of the Solar System part.

To further explore my Happy Place, I then went to the Hubble Telescope image gallery, and found the following extremely cool photographs, further emphasizing that although things can get ugly down here on Earth, we live in a gorgeous universe.  Here are a few of my favorites.  All images are courtesy of NASA/Hubble Space Telescope and are in the public domain. 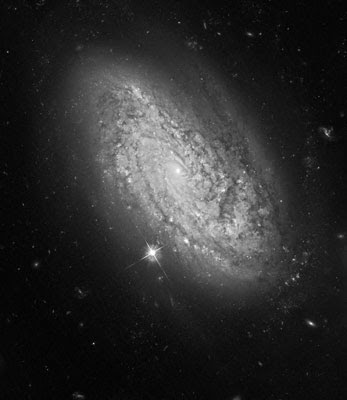 A supernova in the galaxy NGC3021 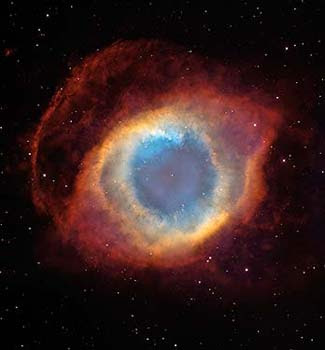 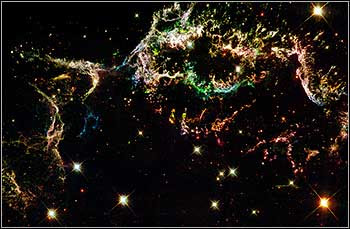 A supernova remnant in the constellation Cassiopeia 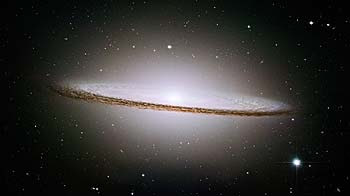 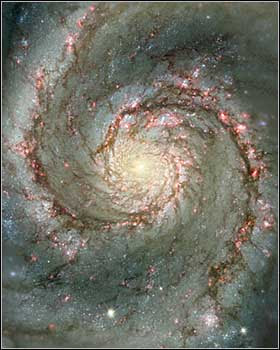 There.  I don't know about you, but I feel much better now.  The idea that there are billions of stars out there, many of which probably host intelligent life, is a real source of comfort to me.  Especially considering that just by the law of averages, some of them must get by without doing the stupid stuff we do down here on Earth.
Posted by Gordon Bonnet at 1:44 AM