By now, everyone with any kind of access to news has heard about the latest horrid thing to come to light about Donald Trump -- that he condones, that he actually bragged about, sexual assault.  That he was entitled to that kind of behavior "because he's a star."

What you may not be aware of is that despite this, many (not all, as you'll see later) of Trump's supporters on the Religious Right have continued in their support of Donald Trump's candidacy.  Tony Perkins, of the Family Research Council, said:


My personal support for Donald Trump has never been based upon shared values, it is based upon shared concerns about issues such as: justices on the Supreme Court that ignore the constitution, America’s continued vulnerability to Islamic terrorists and the systematic attack on religious liberty that we’ve seen in the last 7 1/2 years.

Ralph Reed, of the Faith and Freedom Coalition, agreed:


Voters of faith are voting on issues like who will protect unborn life, defend religious freedom, create jobs, and oppose the Iran nuclear deal. Ten-year-old tapes of private conversation with a television talk show host rank very low on their hierarchy of concerns.

Let me make this plain.  These are men who are adamant in their protection of human embryos, but who would have as their commander-in-chief a man who would without batting an eyelash participate in sexual assault against our daughters, our sisters, our mothers.  These are men who are virulent in their condemnation of loving expression between two people of the same sex in a committed long-term relationship, but think that a man "grabbing a woman by the pussy" is no big deal. 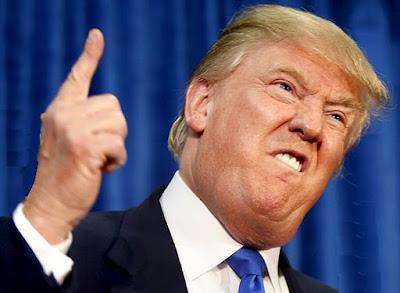 Some of Trump's supporters, not to mention Trump himself, have dismissed this as "lewd locker room talk," and state that "all men talk this way."  The second half is horseshit -- I know plenty of men who speak about women in the terms of the highest respect, and always treat them the same way.  And make no mistake about it; this is not lewd.  "Lewd" is talking to your guy friends about how your girlfriend performs in bed.  It's not nice, it's very likely a breach of privacy, and it's one more example of the objectification of women in our culture.

But that is not what this is.  This is condoning, and in fact suggesting that he has participated in, rape.  This is using your social dominance to commit assault upon a person in a weaker power position simply because you can.

Then there are the people who say, "Well, Bill Clinton did the same thing!"  Perhaps he did, but that is entirely irrelevant, for two reasons.  (1)  Did you condone Bill Clinton's behavior when he was accused of sexual impropriety?  As I recall, he was impeached because of it, to the raucous applause of nearly every Republican in the country.  (2)  Bill Clinton is not currently running for president.

And if you needed a deeper layer of bullshit, just today I've seen more than once posts that said, "If what Donald Trump said was so bad, why did Fifty Shades of Grey sell millions of copies?"  Which is a level of "I don't get it" that is truly mind-boggling.  So as before, let me explain this nice and slowly:

This is not about sex.  This about consent.  Fifty Shades of Grey, from all I've heard -- I haven't read it, and have no intention to -- was a poorly-written hash of a book.  But it was about sexual exploration between two consenting adults.  If you don't see the difference between the subject of this book and what Donald Trump is saying, you are either hopelessly stupid or willfully blind.

As I said earlier, however, there are people on the right who have refused to sell their souls to see this man in the Oval Office, and I find this tremendously heartening.  Just yesterday, an evangelical friend of mine posted an article in The Washington Post by Collin Hansen, editorial director for the Gospel Coalition, who had the following to say:


Trump can maintain nearly all his evangelical support in the voting booth despite unrepentant lying and cheating.  But these same leaders still insist on a traditional, biblical ethic when it comes to views on same-sex marriage in evangelical ministries...

To the older evangelicals planning to vote for Trump:.. You can say we’re electing a commander in chief and not a Sunday school teacher.  You can say that God often raises up pagan leaders to deliver his people from their enemies.  But no one is fooled by your arguments.

They can see you will apparently excuse anything in a Republican nominee...  And they will conclude that they don’t really need to listen to you when it comes to "traditional, biblical ethics."

Which is exactly correct.  Hansen and I may not agree on a lot, philosophically, but he at least is clear about what values and ethics are.  And he sees Trump for what he is -- a narcissistic compulsive liar who will do anything, say anything, to achieve whatever position of power he currently wants.

A lot of people don't like Hillary Clinton.  I'm fine with that.  She was far from my first choice, too.  But it is appalling that because of that you would cast your vote for a man who talks about sexual assault upon a stranger as blithely as most of us talk about what to have for dinner.  And this makes one thing crystal clear:

If you vote for Trump, you have no right to claim that you are a "values voter."
Posted by Gordon Bonnet at 2:54 AM