A ruling against slander

Since I spend an inordinate amount of time on gloom, doom, and despair, it should be a refreshing change for loyal readers of Skeptophilia that today I'm bringing you some good news.

You might know the name of Michael Mann, the climate scientist whose "hockey stick" graph back in 1998 sounded alarm bells amongst the scientifically literate regarding the perils of climate change.  His research used proxy records such as bubbles in ice cores to track the global average temperature over the past few thousand years, and the alarming upward trend just in the last hundred was a significant wake-up call.  Mann, who runs the Earth Systems Science Center at Pennsylvania State University, has since that time been a vocal advocate for taking steps to mitigate global warming. 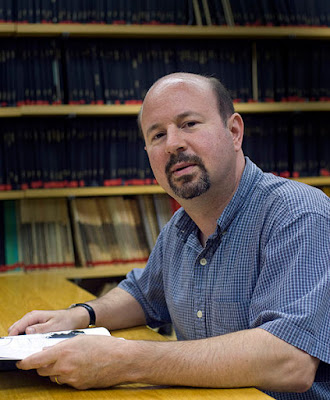 He has also been the target of not just criticism, but harassment.  He has been the victim of dozens of spiteful attacks despite his standing in the scientific world -- he was one of the lead authors of the "Observed Climate Variability and Change" chapter of the Intergovernmental Panel on Climate Change's Third Scientific Assessment Report in 2001, was the organizing committee chair for the National Academy of Sciences' Frontiers of Science conference in 2003, was named by Scientific American as one of fifty "leading visionaries in science and technology," and has received numerous awards and honors including the Hans Oeschger Medal of the European Geosciences Union in 2012.

But such credentials, and the obvious sterling quality of his research, doesn't stop ideologues who are determined to tarnish the reputation of anyone who dares to disagree with their rhetoric.  The National Review and the Competitive Enterprise Institute, a conservative think tank, have been especially vicious in their attacks.  But they seem to have crossed a line with a series of articles that accused Mann of falsifying research -- and, along the way, compared him to Penn State football coach and convicted child molester Jerry Sandusky.

Mann fought back, and took the National Review and the Competitive Enterprise Institute to court.  And late last week, a judge in the Washington D. C. Court of Appeals ruled in favor of Mann.  The judge's decision, in part, reads:


To the extent statements in the appellants' articles take issue with the soundness of Dr. Mann's methodologies and conclusions -- i.e. with ideas in a scientific or political debate -- they are protected by the First Amendment.  But defamatory statements that are personal attacks on an individual's honesty and integrity and assert or imply as fact that Dr. Mann engaged in professional misconduct and deceit to manufacture the results he desired, if false, do not enjoy constitutional protection and may be actionable... If the statements assert or imply false facts that defame the individual, they do not find shelter under the first amendment simply because they are embedded in a larger political debate.

The case will now be remanded to a lower court for trial.

Mann was elated by the decision.  "We are particularly pleased that the court, after performing an independent review of the evidence, found that the allegations against me have been 'definitively discredited,'" he said.

Mann has for years been on the front lines of this battle.  He's received death threats over his research -- hard to imagine, but if you consider the dogmatism of the opposition, not to mention the corporate profit motive behind it, it's unsurprising.  In a December 16 op-ed piece in The Washington Post, Mann writes:


I’ve faced hostile investigations by politicians, demands for me to be fired from my job, threats against my life and even threats against my family.  Those threats have diminished in recent years, as man-made climate change has become recognized as the overwhelming scientific consensus and as climate science has received the support of the federal government.  But with the coming Trump administration, my colleagues and I are steeling ourselves for a renewed onslaught of intimidation, from inside and outside government.

So Mann's victory in the Appellate Court is good news, but the war is far from over.  We have an incoming administration that appears poised to stall any forward motion on dealing with the causes and effects of climate change, and in fact is giving indications of disbelieving that it's even occurring.  Mann writes:

I faced all of those things a decade ago, the last time Republicans had full control of our government.

The people who understand science, and who are not in the pockets of the fossil fuels industry, need to be ready to fight this when it happens.  Not "if;" I think Mann is exactly correct that we're entering another era of science denialism and corporate profits über alles.  But Mann himself is far from giving up, and neither should the rest of us.  As Mann puts it -- the future of the Earth itself hangs in the balance.
Posted by Gordon Bonnet at 2:08 AM