As if we needed one, there's another clickbait sort-of-sciencey-or-something site that I should warn you about.

It's called the Mother Nature Network, and it bills itself as follows:


MNN is designed for people who want to make the world a better place.  Its content is engaging, non-political, and easy-to-understand and goes well beyond traditional "green" issues — encompassing topics that include family, health, home, travel, food, and community involvement. It has been labeled “The Green CNN” by Time, “The USA Today of Sustainability” by Fast Company, “Green Machine” by Associated Press, and “one of the hottest web properties out there” by NBC News; highlighted on The Tonight Show with Jimmy Fallon; selected “Best Idea” at Fortune Magazine’s Green Summit; and chosen as a “Top Pick” by Newsweek.

Well, that may be, but it makes me wonder about how Time et al. are deciding who to laud.  MNN is even a cut below I Fucking Love Science as regards to sensationalized headlines, shallow analysis of actual science stories, and the usual smattering of "the world of the bizarre" kind of articles (as an example, on of their "trending stories" is "Weird Things We Stuck In Our Bodies in 2016").

My objection, though, is not that there's another clickbaity website that exists solely to grab ad revenue -- heaven knows those are a dime a dozen, and include sites that claim to be legitimate media, such as The Daily Mail Fail.  My main beef with these places is the misrepresentation of science.  Because, heaven also knows that given the general low comprehension of actual science by the voting public, we do not need media making it worse.

As an example, check out their story from this past Wednesday called "A Whole Other Star Is On a Crash Course With Our Solar System" by Bryan Nelson.  Well, don't actually check it out unless you want them to get another click's worth of advertising money.  But let me tell you the gist, and save you the moral dilemma.

First, what the hell is with the headline?  Is Bryan Nelson in third grade?  "A Whole Other Star?"  So, it's not Part of Another Star?  Or the Whole Same Star As Before?

But we'll let that pass.  The topic does sound alarming, doesn't it?  But when you read the text, you find that we've got a while to prepare:


[I]n around 1.35 million years, that's close to what might happen.  Scientists have been plotting the course of a rogue star, Gliese 710, which currently sits in the constellation of Serpens some 64 light years from Earth.  Turns out, it's headed straight for us.

And "close to what might happen?"  What the fuck does that even mean?  Turns out Bryan Nelson isn't really sure either:


The star isn't scheduled to collide directly with Earth, but it will be passing through our solar system's Oort Cloud, a shell of countless comets and other bodies in the outer reaches of the Sun's gravitational influence.  You might think that's a safe distance, but the star is likely to slingshot comets all over the solar system, and one of those could very well have our name on it.

So a star is going to be in our general vicinity over a million years from now, and it might disturb some comets, which are likely to get flung in toward the inner Solar System, and one of them might hit the Earth.  Or not.

But that's not all:


Scientists calculated that Gliese 710 is the star that's expected to come closest to us within the next 10 million years (which is as far ahead as scientists could project), but it's not the only close encounter.  As many as 14 other stars could come within 3 light-years distance in the next few million years, and there are numerous fainter, red dwarf stars with unknown trajectories that could be headed our way too. 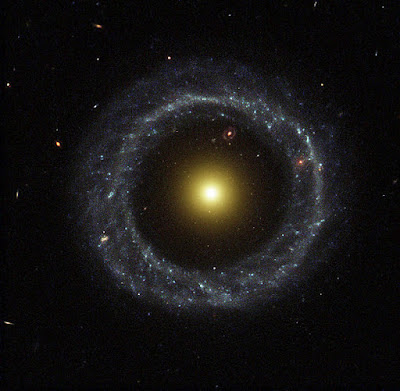 I decided to do a little research, and find out where all this stuff had come from.  I found a paper in Astronomy Letters from 2010 (i.e., actual research and not hyped silliness) called "Searching for Stars Closely Encountering the Solar System" by Vladimir V. Bobylev, and it included the following:


Based on a new version of the Hipparcos catalog and currently available radial velocity data, we have searched for stars that either have encountered or will encounter the solar neighborhood within less than 3 pc in the time interval from −2 Myr to +2 Myr. Nine new candidates within 30 pc of the Sun have been found. To construct the stellar orbits relative to the solar orbit, we have used the epicyclic approximation. We show that, given the errors in the observational data, the probability that the well-known star HIP 89 825 (GL 710) encountering with the Sun most closely falls into the Oort cloud is 0.86 in the time interval 1.45 ± 0.06 Myr. This star also has a nonzero probability, 1 × 10−4, of falling into the region d < 1000 AU, where its influence on Kuiper Belt objects becomes possible.

Did you catch that?  The "nonzero probability" of Gliese 710 influencing the Kuiper Belt/Oort Cloud comets is 1 × 10−4.

For you non-math-types, that's one in ten thousand.

If you needed any more indication that the Mother Nature Network article was sensationalized clickbait, there you have it.

So add that one to our list of suspect media sources, along with the usuals -- Natural News, InfoWars, Mercola, Breitbart, Before It's News, and so on.  My general advice is not to go there at all.  But if you disregard this, whatever you do, don't click on "Weird Things We Stuck In Our Bodies in 2016."  You have been warned.
Posted by Gordon Bonnet at 3:59 AM