I can't remember when I've ever been this worried about our capacity for seriously fucking up the world we live in.

Strong words, I realize.  I'm 56 years old, so I remember Three Mile Island and Chernobyl.  I remember the BP Gulf oil spill and the Exxon Valdez disaster.  I've read about the collapse of the entire ecosystem around the Aral Sea, and the slow-motion train wreck of deforestation in the Congo, Amazon, and Southeast Asia rainforests.

All of that is peanuts compared to what we face today.

As the most powerful economy in the world, the United States is uniquely poised either to do tremendous good or to accelerate our downward slide beyond the point where it can be halted.  And this weekend I read three horrifying articles that are leading me to believe that our government is choosing the latter option. 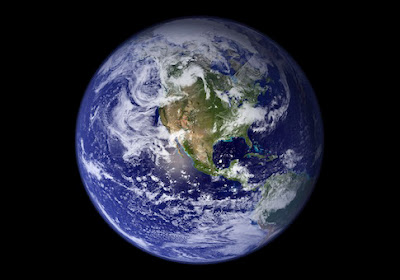 The first is a piece in CNN Politics in which we find out that President-elect Donald Trump is still claiming that "no one knows" if climate change is real.  In interview on Fox News, he made the following statement:


I'm still open-minded.  Nobody really knows.  Look, I'm somebody that gets it, and nobody really knows. It's not something that's so hard and fast...  Now, Paris, I'm studying.  I do say this.  I don't want that agreement to put us at a competitive disadvantage with other countries.  And as you know, there are different times and different time limits on that agreement.  I don't want that to give China, or other countries signing agreements an advantage over us.

So we've taken a nine-year step backwards in time to George W. Bush's tired mantra that "we need more data" before we can act.  Which, of course, is simply a way to stall, a way to let corporate interests trump science -- because the fact is, we do know that climate change is real.  We've known for years.  There is no more an argument among the scientists over whether climate change is real than there is over whether evolution is real.

Then we have a New York Times piece by Coral Davenport in which we find out that the transition team of President-elect Trump has sent out a 74-piece questionnaire to employees of the Department of Energy asking if they had attended climate change policy conferences -- and if so, who else they might have seen there.  It asks that copies of emails referencing climate change be submitted for review.

If this brings up comparisons in your mind to the McCarthy blacklists, you're spot-on.  But Michael McKenna, a former member of Trump's transition team who stepped down when his status as a lobbyist became known, begs to differ.  "If meetings happened and important stuff was decided, voters have a right to know," McKenna said.  "It’s not a matter of national security.  The transition is not asking about nuclear weapons.  They are asking about meetings about modeling for God’s sake...  The career staff at D.O.E. is great. There’s not a soul in the world who wants to do any harm to those guys."

No?  Take a look at Lamar Smith, head of the House Committee on Science, Space, and Technology, who has spent the last three years harassing administrators at NASA and NOAA for supporting research into climate change.  And Trump's team has already pledged to defund the Earth Sciences Division of NASA -- the department that is in charge of climate research -- calling their findings "politicized science."

So I'm perhaps to be forgiven for thinking that Mr. McKenna's reassurances are horseshit.  And my suspicions only strengthened when I read the report of a Nexus Media reporter, Philip Newell, about his attendance at an all-day Heritage Foundation event last week -- an event that can be summed up as the fossil fuel industry saying over and over, "We're in charge now, we can do whatever the hell we want."

Lamar Smith was in attendance, as were Representatives Gary Palmer and Pete Olson, and Senators Mike Lee and James "Senator Snowball" Inhofe.  All of them heaped praise upon the Trump choice for head of the Environmental Protection Agency, Oklahoma Attorney General Scott Pruitt, who has been described as "a blunt tool of the fossil fuel industry."

Inhofe was the one who made the most puzzling statement, that he "believed in climate change until he heard about the costs of doing something about it."  Because clearly if your car's transmission is going, and the mechanic says it'll cost $1000 to replace, you can magically make the transmission work again by saying "That's too expensive."

But such a meeting would not be complete without a contribution from climate denialist and general crank Craig Idso, who was the lead author of the cherry-picked and scientifically invalid report from the "Non-Intergovernmental Panel on Climate Change," and who ended his talk by saying that "carbon dioxide is the elixir of life."

So the foxes are running the henhouse, and we're in for a slaughter unless responsible, informed people start confronting corrupt elected officials and corporate interests.  We need ethical congresspeople -- and I know there are some out there -- to make a commitment to fight tooth and nail against the ones who would sell our planet's future to the highest bidder.  The pro-science members of our government, on the local, state, and federal level, need to say to the President-elect, "You are dead wrong.  Anthropogenic climate change is real, and the consequences will be devastating."  They need to stand up to goons like Inhofe and Smith and say "Enough.  Go ahead and add me to your blacklist.  I will fight you every step of the way."

Resisting strong-arm tactics can work.  If you need an example, read this New Yorker piece about the David-vs.-Goliath fight of California state controller John Chiang against then-Governor Arnold Schwarzenegger.  Schwarzenegger, in an attempt to leverage the Democratic-led state legislature into accepting his budget, issued an executive order reducing the salaries of two hundred thousand state employees to the minimum wage (then $6.55 an hour) until they met his demands.

Chiang stood up and said, "No.  Not on my watch, you won't."  Schwarzenegger sued him, but the suit languished in the courts and found little popular support.  In 2011, Schwarzenegger stepped down, his ratings at near record lows, and the incoming governor, Jerry Brown, dropped the suit entirely.

As for Chiang, far from being hurt by his act of bravery in the face of authority, he became California's State Treasurer and plans to run for governor in 2018.

So it can be done, but it requires backbone, and a willingness to stand up to power being wielded unethically.  And I hope like hell that the Congress has its members who are willing to be this fight's John Chiangs.  Because this time, what is being gambled is not the salaries of state employees, but the long-term habitability of our planet.
Posted by Gordon Bonnet at 2:09 AM