Over the last few weeks, with the sudden explosion of anger, partisan politics, and fake news, I fear we are moving into a period where our actions are no longer governed by facts, but by kneejerk reactions to media who are telling people what they want to hear and covering up what they'd prefer we don't know.

And of course, once such a tendency becomes widespread, there arise people who will deliberately and cynically engage in this kind of thing in order to manipulate what information gets out to the public.  As a particularly egregious example of this, look at the Environmental Protection Agency's last report on the danger of hydrofracking to drinking water.

The report, which was issued in June 2015, was revealed two days ago to have amendments that were made immediately before release, thus preventing anyone who worked on it from having the opportunity to fix them.  These amendments did only one thing: they downplayed the risks of fracking.  The summary concluded that fracking did not have "widespread systemic impacts" on drinking water, despite there being 250 documented cases of drinking water contamination from fracking -- in the state of Pennsylvania alone. 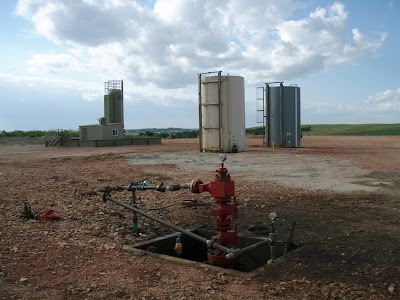 But such a result runs against the agenda of using natural gas as a replacement for coal.  You even hear this from the pro-renewables folks; gas, they say (correctly) is cleaner burning than coal, and could provide a stopgap bridge between coal and renewables like wind and solar.  This, however, looks at only one feature of natural gas as a resource -- its capacity for creating air pollution -- conveniently ignoring the potential problems from gas extraction, especially by fracking.

And of course, it also pretends that anthropogenic climate change doesn't exist, that it's safe for the long-term habitability of the planet to go on using fossil fuels, despite the fact that scientists have concluded that to do anything substantive about climate change would require immediate drastic cutbacks on fossil fuel use now, stopgaps be damned.

Things are only set to get worse under the new administration, which has pledged to return us to coal use.  "Clean coal" (there's no such thing) was one of Donald Trump's clarion calls in his stump speeches, which was music to the ears of people in West Virginia and Pennsylvania who have seen widespread job losses as coal mining and processing jobs have been lost.  (Not to downplay the economic devastation in these communities; clearly we have done a piss-poor job of making sure that lost jobs and crumbling infrastructure are replaced by sustainable employment.  But returning to coal mining and burning is not the way to do it, for multiple rather pressing reasons.)

Michael Halperin, of the Union of Concerned Scientists, who is one of the people that uncovered the changes to the EPA document, was grim about the future.  "Given the names that are circulating for key positions in the Trump administration, who are oil and gas industry insiders and lobbyists," Halperin said, "I’m very concerned that science that is critical to protecting public health and safety will be more vulnerable to spin and suppression."

So am I, Dr. Halperin.  A lot of us are worried, given the incoming administration's outspoken support for weakening environmentally-based restrictive laws such as the Clean Power Act, the Clean Air Act, and the Clean Water Act, not to mention suggestions that the handover of the EPA to Myron Ebell (who referred to climate scientists and their supporters as "climate criminals") might be a prelude to dismantling it altogether.  We seem poised to cede unprecedented power to the oil lobby and anti-environmentalists, with potentially devastating consequences not only to our own ecosystems, but the whole Earth's.

So the coverup of the truth about fracking and drinking water is only the tip of the iceberg.  We're being steered to believe that a business as usual (or worse, a "drill, baby, drill") approach to fossil fuel use is the way to go, despite incontrovertible evidence that such a policy amounts to a slow-motion train wreck -- and the media is the one with its hands on the steering wheel.
Posted by Gordon Bonnet at 2:12 AM