A post I saw on Twitter yesterday called to mind one of my particular pet peeves, which is blaming a person's general assholery on belonging to a particular political party, religion, ethnic group, or nationality.

This particular example was referencing a comment by Hussam Ayloush, executive board member of the California Democratic Party and executive director of the Los Angeles chapter of the Council on American-Islamic Relations, about the wreck of a Russian jet Christmas morning that killed 92 people.

Ayloush tweeted, "I'm sad about the crashed Russian jet.  The TU-154 could have carried up to 180 military personnel instead of 92!" 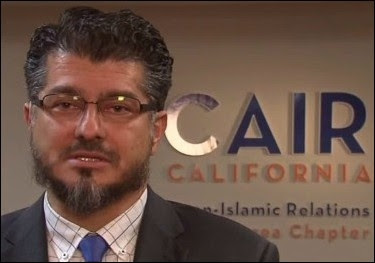 Well, first of all, I haven't seen anyone, Democrat or Republican or anyone else, defending Ayloush's statement.  Indeed, the backlash from all sides has been pretty strident, to the point that Ayloush deleted the original tweet and followed it up with a piss-poor half-apology: "Deleted an earlier tweet I posted abt a Russian military jet that crashed on way to Syria before knowing it included non-combatants."

Because that evidently makes it okay that he wished more innocent people dead.

What galled me about the "nasty liberal hypocrisy" tweet, though, was that it somehow implies that Ayloush speaks for all liberals, a claim that five minutes of research would have put to rest.  Ayloush has made inflammatory statements before, and been roundly criticized for it -- that the United States was directly responsible for 9/11, that Islam should prevail over all other ideologies, and that the U.S. government under Donald Trump needed to be overthrown.  (If you want exact wording or citations on any of these, you can find them at the link provided above.)

It's not that you couldn't find liberals who might agree with any or all of those; it's that those are hardly standard liberal talking points.  It would have at least made a modicum of sense if the person who posted the remark had attributed Ayloush's statement with his being the director of CAIR -- a Saudi-funded group that has ties to radical Islamic extremism.

But no, this individual wanted to use it to slam liberals in general, so apparently any blunt weapon will do.

It's not just liberals that this applies to, of course.  Conservatives get tarred with one brush just as often.  All it takes is one Republican to be found in violation of an ethical standard or law, and the crowing starts immediately about how inherently crooked Republicans are.

I'm sorry, but life is just not that simple.  If you want obvious villains and heroes, stick to He-Man and the Masters of the Universe.  To understand real people, with all their combinations of virtues and vices, requires a little more nuanced view -- especially if you're trying to characterize entire groups.

So yes, Hussam Ayloush shows every sign of being an asshole, and if I were on the California Democratic Party Executive Board, I'd want to have a serious discussion about why he's a member.  But assholery is no respecter of political party, religion, or any other demographic you want to pick.  If you want to call Ayloush out for his horrible statement, I'll be right there with you.  But when you start claiming that his ugly invective is representative of close to 50% of American citizens, I'm calling bullshit.
Posted by Gordon Bonnet at 4:14 AM