Rendering unto Caesar what is Caesar's

A lot of what you hear talked about under the heading of "religious freedom" seems to me to boil down to "reasonable expectations of what a particular profession or institution's responsibilities are."

Take, for example, the kerfuffle last week over a Killeen, Texas public school administrator's choice to take down a poster of Linus (of Peanuts fame) that included the biblical quote he recites in A Charlie Brown Christmas: "For unto you is born this day in the city of David a savior which is Christ the Lord.  That’s what Christmas is all about, Charlie Brown."  Dedra Shannon, the school nurse who had put up the poster, said she was told "it had to come down because it might offend kids from other religions or those who do not have a religion" and that the administrator's decision was "a slap in the face of Christianity." 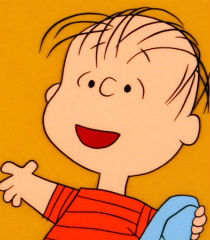 When I saw this posted on social media a few days ago, it was accompanied by a comment to the effect that diversity and tolerance are apparently all fine except when they apply to white Christians.  Todd Starnes, who wrote the Fox News article I linked above, clearly agrees.  "Those who holler about tolerance are the least tolerant of all," Starnes writes.  "Public schools are supposed to be in the education business and Ms. Shannon was simply educating students about the true meaning of Christmas."

My question is why on earth public schools should be in the role of teaching religion in the first place, except insofar as it has an impact on history and literature.  Imagine, for example, if a teacher decided to teach children the "true meaning of the holiness of the Qu'ran" and put "There is no god but Allah, and Mohammed is his prophet" on the door of the classroom.  My guess is the same people who flipped out about the removal of the Linus poster would flip out in the other direction (and rightly so).

Schools are not in the business of religious instruction.  And why should they be?  Don't churchgoers get enough religious instruction in their churches?  You wouldn't go to the doctor's office and object when they didn't give you advice on your investments -- it's outside of the purview of their responsibilities.  Likewise, it's not the job of a public school to give students instruction about the "true meaning of Christmas."

Then we have the story about Linda Harvey, founder of Mission: America and host of a radio show of the same name, who lamented last week that she had nowhere to shop now that so many businesses have stood up for equal treatment of LGBT individuals.  Harvey said:


For any Christian who wants to spend hard-earned dollars with family-friendly, Christian-affirming retailers, restaurants and service providers, the list is growing shorter all the time.  I stopped shopping at Macy’s in 2011 after learning about the retailer’s grossly unjust policy against women.

Macy’s management said ‘yes’ to a transsexual young man’s demand to change in the women’s dressing room and rejected a Christian employee’s attempt to block his inappropriate access, even firing her because of her principled actions...  Then there’s Target.  Where to start?  Selling ‘gay pride’ T-shirts a few years back was bad enough, but Target is now ‘proudly standing’ with homosexuals and cross-dressers who want to change America’s 1964 Civil Rights Act to add ‘sexual orientation’ and ‘gender identity’.

Well, first, saying "I am not going to discriminate against LGBT people" is not synonymous with saying "I am anti-Christian."  No one at Target, or Macy's, or anywhere else is trying to convince anyone of anything except that you should buy what they're selling.  All they said is that they're going to make sure that the rights of their workers and customers are protected regardless of their sexual orientation.

So she, too, is expecting an institution to do something that's outside its purview -- expecting department stores to adhere to Christian values, as if retail outlets were branch offices of the local church.  The point is that the stores are saying they'll serve anyone; what Harvey wants is not only to follow her own code of ethics, but to mandate that everyone else does, too.

The same kind of thing applies to B&B and bakery owners who won't serve gays, and strict Catholic pharmacists who won't sell people birth control.  None of those people are in the business of dictating others' ethics and morals; they are in a service job and therefore should expect that under anti-discrimination statutes, they would be expected to serve any customer who comes in.  And in fact, a B&B owner, baker, or pharmacist who went into the business unaware that they would have customers who differed from them in terms of religion or sexual preference is, in a word, dumb.

C'mon, a pharmacist who didn't know he was going to be expected to sell birth control pills and condoms?  Really?

But all of this is cast as part of the more general War on Christianity, as if telling people "you can't act in a bigoted fashion" is some kind of infringement of their rights to practice their religion.

It comes down to the general rule that you are completely free to attend the church of your choice and adhere to any and all rules the religion requires, but you are not free to expect that businesses and public institutions adhere to any of it.  So honestly, Linda Harvey is completely within her rights not to patronize Target et al.; but expecting that department stores are going to be venues for "Christian values" is a little ridiculous.

So I guess if you believe that tolerance of diversity equates to intolerance of the majority, you'll never be without something to be offended by.  Me, I'd rather try to get along with the people around me than constantly harp on the fact that everyone isn't like me.  All in all, I think it's a much happier way to be.
Posted by Gordon Bonnet at 1:53 AM