In 2012, a 19-month-old boy named Ezekiel Stephan spiked a fever and was obviously in distress.  His parents, a British Columbian couple named David and Collet Stephan, decided not to seek medical attention for their child, instead treating him with "natural" and "alternative" treatments such as extracts of hot pepper, garlic, onion, and horseradish.

The little boy had bacterial meningitis.  By the time they decided to get the boy to the emergency room, he had lapsed into a coma, and hours later he died.

The Stephans were arrested and tried for "failing to provide necessities of life for their child."  David Stephan was said to be "completely unremorseful" and was sentenced to four months in jail.  Collet was put under house arrest for three months.  Both were ordered to perform 240 hours of community service.

And now, the Stephans have gone to Prince George, British Columbia to promote "natural remedies" for Truehope Nutritional Support, Inc., a company founded by his father.  Truehope's EMPowerPlus is one of the "remedies" that "assists with brain function" that they gave to their child shortly before he died. 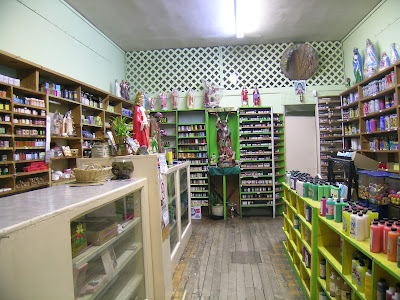 Dave Fuller, owner of Ave Maria Specialties, a "holistic health" store that carries Truehope products, seems to give nothing but a shoulder shrug with respect to the Stephans' actions.  "Who am I to say that just because something happened that was an accident the guy regrets — his son died — that he shouldn't have a job?" Fuller said.

Let's be clear here.  This was not an accident.  Bacterial meningitis is a horrible disease, but caught early enough, is treatable.  This couple deliberately ignored their little boy's increasingly severe symptoms in favor of quack "remedies," rejecting modern medicine for alt-med bullshit.  And as a result, their child died.

Unfortunately, this abandonment of science in favor of pseudoscience is becoming increasingly common.  The medical researchers are labeled as shills for "Big Pharma," and their data is rejected as inaccurate or outright fabrication, designed to "keep us buying drugs" or "keep us sick," and any information about low efficacy or side effects is allegedly covered up.

In fact, we're one of the healthiest societies the world has ever seen.  Most of the diseases that killed our great-grandparents' generation are now unheard of (how many people do you know have had diphtheria?).  And yet there are people who want to reject everything that modern medical research has given us in favor of the same kinds of remedies our ancestors used -- that didn't work very well back then, and still don't work now.

It's this same idea that is driving Donald Trump's links to the anti-vaxx movement, most recently his request of a meeting with Robert F. Kennedy, Jr., an anti-vaxxer who hides behind the "we just want safe vaccines" half-truth -- and Kennedy is now apparently going to head up a "vaccine safety board" to further investigate such nonsense as the link between vaccines and autism, which has been studied every which way from Sunday and always results in no correlation whatsoever.

All of this gives the impression that we need oversight because at the moment vaccines and other medications are simply thrown out willy-nilly by the medical researchers with no vetting at all, and that now we'll finally have someone making sure we're protected from the evils of Big Pharma.  Of course, nothing could be further from the truth; there is already the Advisory Committee for Immunization Practices (which has been around for fifty years) which oversees the testing and evaluation of vaccines and provides data to the CDC regarding efficacy and potential side effects.  The same is true for other medications; there is a rigorous set of tests each drug has to undergo, first on animal models and then (if they look promising) on human volunteers, before they are approved by the FDA.

That doesn't mean the process is foolproof.  Humans are fallible, data can be misinterpreted, experiments can fall prey to unintended sample bias.  There's no doubt that the profit motive in the pharmaceuticals and health insurance industries has led to price inflation for medications.  But the drugs themselves are, by and large, safe and effective, and sure as hell are better than horseradish extract for treating meningitis.

But the step from "the system has some flaws and could use reform" to "reject all modern medicine in favor of roots and berries" is all too easy a step for some people, and in the case of the Stephans, it resulted in their son's death.  And, more appallingly, they're still hawking the same stuff despite a very real test case establishing that it's worthless.

The bottom line: science isn't perfect, but as a means of determining the truth, it's the best thing on the market.  And also, the trenchant comment from Tim Minchin's performance piece "Storm:"  "There's a name for alternative medicine that works.  It's called... medicine."
Posted by Gordon Bonnet at 2:26 AM