There's a controversial idea in the realm of linguistics called the Sapir-Whorf hypothesis.  Named after linguists Edward Sapir and Benjamin Lee Whorf, the gist is that the language you speak strongly influences your brain, and your model of the world.  Thus, ideas that are easy to express in one language might be difficult or impossible to express in another.

I'm not just talking about linguistic lacunae, which are "holes" in the lexicon of a language.  An example from English is that we have no generic singular term for cattle.  Think about it; there's sow/boar/pig, billy/nanny/goat, stallion/mare/horse -- but bull/cow... what?  Oddly, we have a plural generic term -- cattle -- but no singular.

Sapir-Whorf goes much deeper than that.  It's not just talking about missing words; it implies that our entire framework for understanding can differ depending on the language we speak.  I ran into the real heart of Sapir-Whorf when I read the splendid book The Last Speakers by K. David Harrison, in which the author traveled with and interviewed people who are the last fluent speakers of some of the planet's dying languages.  The most amazing passages in the book occur when Harrison is in Siberia and is talking to some nomadic hunter-gatherers who speak a language in which there are no words for right, left, in front of, or behind.  Everything is related to the cardinal directions, and to being upstream or downstream of the river they use for travel.  Thus, the computer on which I'm writing this post isn't in front of me; it's northwest of me.  My space heater is north of me, the door of my office east of me.  When Harrison tried to explain our concept of left and right to them, they first didn't even understand what he was talking about, and when they did get it, they laughed.

What an arrogant, narcissistic culture you come from, they told Harrison.  You interpret where everything is relative to your own body?  And if you turn around, everything in the whole world changes position?  And two different people think the same object is in a different place because they're facing different directions?

In this case, it very much appears that the language these Siberian nomads speak alters the way they see the world -- and that model of the world reflects back and alters or constrains the language. 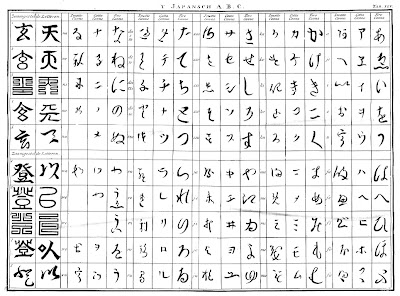 Sapir-Whorf has fallen a bit out of favor in the last couple of decades, and in fact was already waning in influence when I got my M.A. in linguistics in 1996.  But a study that came out this week in the American Journal of Political Science has brought it back to the forefront -- with the claim by Efrén O. Pérez and Margit Tavits that speakers of languages that lack a distinction between present and future tense make different decisions regarding political issues that will have an impact on the future.

In their paper, titled, "Language Shapes People's Time Perception and Support for Future-Oriented Policies," their study looked at bilingually fluent speakers of Estonian (which lacks a future tense) and Russian (which has one).  They found that when those people were interviewed in Russian, they tended to be less supportive of policies that would provide benefits in the long-term future than when they were interviewed in Estonian.


Can the way we speak affect the way we perceive time and think about politics? Languages vary by how much they require speakers to grammatically encode temporal differences.  Futureless tongues (e.g., Estonian) do not oblige speakers to distinguish between the present and future tense, whereas futured tongues do (e.g., Russian).  By grammatically conflating “today” and “tomorrow,” we hypothesize that speakers of futureless tongues will view the future as temporally closer to the present, causing them to discount the future less and support future-oriented policies more.  Using an original survey experiment that randomly assigned the interview language to Estonian/Russian bilinguals, we find support for this proposition and document the absence of this language effect when a policy has no obvious time referent.  We then replicate and extend our principal result through a cross-national analysis of survey data.  Our results imply that language may have significant consequences for mass opinion.

Which I find absolutely fascinating.  I've long been of the opinion that our stances about many things -- not least our political opinions -- are far more fluid than most of us think.  The "well, it's my opinion, of course it's not going to change!" attitude that many of us have simply ignores that fact that most of our decisions are strongly contextual.

And now, it appears that one of those contexts may be the language you're using.

I'm aware that a lot of linguistic researchers these days have some serious doubts about the applicability of Sapir-Whorf, but I still think this is an interesting first look at a case where it may well bear out.

Anyhow, that's our look at some cool new research for today.  Me, I'm off to eat breakfast and get some coffee, which at the moment are southwest of me.
Posted by Gordon Bonnet at 2:12 AM