President-elect Donald Trump's latest ploy, any time he is criticized in the press, is to claim that what they're saying is "fake news."  (That, and to threaten to revoke their right to cover his speeches.)

Five days ago, he tweeted (of course, because that's how adults respond to criticism) that the Russian dossier alleged to have compromising information on him was "fake news and crap."  The, um, interaction he is alleged to have had with some Russian prostitutes was likewise "fake news, phony stuff, it did not happen."  About CNN, he said the "organization’s terrible...  You are fake news."  He's banned reporters from The Washington Post from attending his events, calling it "incredibly inaccurate... phony and dishonest." 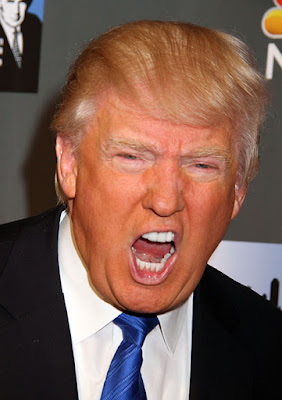 There are two things that are troubling about this.

One is that Trump himself has been responsible for more than one demonstrably false claim intended to do nothing but damage his opponents.  Kali Holloway of AlterNet found fourteen, in fact.  Trump either created himself, or was responsible for publicizing, claims such as the following:
And so on and so forth.

So Trump calling out others for fake news should definitely be an odds-on contender for the "Unintentional Irony of the Year" award for 2017.

The more upsetting aspect of this, however, is that Trump is implying that you can't trust anything on the media -- except, of course, what comes out of his mouth.  The implication is that nothing you see on the news or read in the newspaper is true, that the default stance is to say it's all fake.

This is a profoundly disturbing claim.  For one thing, as I've said many times before, cynicism is no more noble (or correct) than gullibility; disbelieving everything is exactly as lazy and foolish as believing everything.  For another, the media are really our only way of finding out what is happening in the world.  Without media, we would not only have no idea what was going on in other countries, our own government would be operating behind a smokescreen, their machinations invisible to everyone but those in on the game.

Which is a fine way to turn a democracy into a dictatorship.

There is some small kernel of truth to the accusation, however; it is true that all media are biased.  That CNN and MSNBC slant to the left and Fox and The Wall Street Journal slant to the right is so obvious that it hardly bears mention.  To jump from there to "everything they say is a lie," however, is to embrace a convenient falsehood that allows you to reject everything you hear and read except for what fits with your preconceived notions -- effectively setting up your own personal confirmation bias as the sine qua non of understanding.

The truth, of course, is more nuanced than that, and also far more powerful.  We are all capable of sifting fact from fiction, neither believing everything nor rejecting everything.  It's called critical thinking, and in these rather fractious times it's absolutely... well, critical.  As biologist Terry McGlynn put it, "When we teach our students to distinguish science from pseudoscience, we are giving them the skills to identify real and fake journalism."

I won't lie to you.  Sorting fact from fiction in the media (or anywhere else) is hard work, far harder than simply accepting what we'd like to believe and rejecting what we'd like to be false.  But it's possible, and more than that, it's essential.  Check sources -- even if (especially if) they're from your favorite media source.  Check them using sources that have a different slant.  Go to the original documents instead of merely reading what someone else has written about them.  Apply good rules of thumb like Ockham's Razor and the ECREE (Extraordinary Claims Require Extraordinary Evidence) principle.  Pay special attention to claims from people who have proven track records of lying, or people who are making claims outside of their area of expertise.

Donald Trump's snarling of "fake news, phony journalism" every time he's criticized should immediately put you on notice that what he's saying is questionable -- not (again) that it should be disbelieved out of hand, but that it should be scrutinized.  Over the next four years, people on both sides of the aisle are going to have to be on guard -- never in my memory has the country been so polarized, so ready to begin that precipitous slide into sectarian violence that once begun is damn near impossible to halt.  Our leaders are showing no inclination to address the problems we face honestly and openly -- so it falls to us as responsible citizens to start sifting through their claims more carefully instead of simply accepting whatever half-truths or outright lies fit our preconceived notions.
Posted by Gordon Bonnet at 2:07 AM