Talk me out of my pessimism. Please.

So I've been getting pretty political lately, here at Skeptophilia headquarters.

Some of you are probably glad to see me address more serious topics, while others might wish I'd get back to Bigfoot and ghosts and UFOs.  For those latter, I'd ask your indulgence for (at least) one more politically-oriented post, that I was spurred to write because of comments from readers.

The conservative members of my audience have responded to my admittedly liberal bias with reactions varying from encouragement to outright scorn.  Some have said, "Come on, now, it's not going to be bad.  Just wait until some of the new administration's ideas are enacted, and you'll see that it'll make things better."  Others have said "buck up, Buttercup" or "suck it up, Snowflake" or other such helpful phrases. 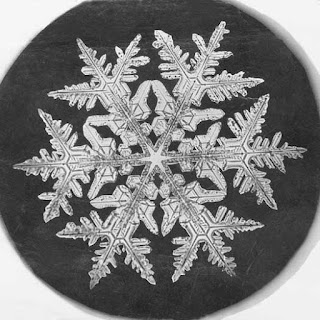 So I thought, in the interest of trying to understand those who disagree with me -- the basic gist of yesterday's post, and more or less the overarching theme of this entire blog -- I'd address the part of my readership who are saying that things are going to be fine, and ask some specific questions.

First, it's undeniable that President Trump and his new appointees -- not to mention the Republican-controlled House and Senate -- have a lot of us pretty worried.  And despite the "Snowflake" and "Buttercup" responders, it's not simply because we're pissed at having lost.  I'm 56, and I remember vividly the presidencies of Reagan and both Bushes, and I can never recall being this specifically upset at this many things, this early into the administration.  Without even trying hard, I came up with the following, all of which happened in the last few weeks:

Okay.  You get the picture.

I've been dragged, rather unwillingly, into political discourse largely because I am so alarmed at the direction our leaders are taking.  Honestly, I used the words "liberal bias" earlier, but I'm really more of a centrist; I do think we need to rein in spending, I do think we've got a good bit of government bloat, and I do think the "nanny state" concept -- protecting people from their own stupidity and poor judgment -- has gotten out of hand.  But this?  I look at this list of actions, all in a little over two months since the election, with nothing short of horror.  I see a corporate interests über alles approach, a move toward less transparency, a morass of conflicts of interest, a complete disregard for any kind of consideration of the environment, and a reckless surge forward to reverse changes in policy on medical insurance coverage and lending practices without any clear vision of how to improve them -- or what impact those might have on low-income families.

So, conservative readers: you tell me not to worry, that everything will be fine, that Trump et al. are going to Make America Great Again.  Okay, convince me.  However I think Donald Trump is kind of repellent, personally, I have no desire to see him fail.

The stakes are way too high.

I'm a facts-and-evidence kind of guy, and I'm listening.  I promise to consider carefully what you say, if for no other reason because I hate being a gloom-and-doom pessimist.

On the other hand, if all you have to say is "suck it up, Snowflake," my response is gonna be "go to hell."  So be forewarned.
Posted by Gordon Bonnet at 2:01 AM