I always wince a little when I see those silly things pop up on Facebook that say things like, "Can you see the number in the pattern?  Only geniuses can!  Click 'like' if you see it, then share."  And, "Are you one of the 5% of people who can think of a city starting with the letter E?  Reply with your answers!"

I'm certainly no expert in online data analysis, but those seem to me to be obvious attempts to get people to click or respond for some purpose other than the (stupid) stated one.  People still share these things all over the place, much to my perplexity.

What I didn't realize is how deep this particular rabbit hole can go.  Until I read an article that came out last week in Motherboard called "The Data That Turned the World Upside Down," by Hannes Grassegger and Mikael Krogerus, that illustrates a far darker reason for worry regarding where we place our online clicks.

The article describes the science of psychometrics -- using patterns of responses to predict personalities, behaviors, even things like religious affiliation and membership in political parties.  Psychometric analysis used to rely on test subjects filling out lengthy questionnaires, and even then it wasn't very accurate.

But a psychologist named Michal Kosinski found a better way to do it, using data we didn't even know we were providing -- using patterns of "likes" and "shares" on Facebook. 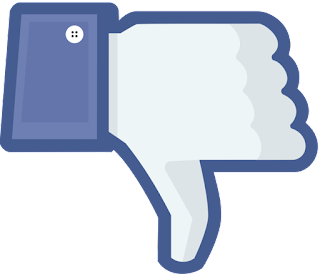 Kosinski had discovered something groundbreaking -- that although one person's "likes" on Facebook doesn't tell you very much, when you look at aggregate data from millions of people, you can use what people click "like" on to make startlingly accurate predictions about who they are and what they do.   Grassegger and Krogerus write:


Remarkably reliable deductions could be drawn from simple online actions. For example, men who “liked” the cosmetics brand MAC were slightly more likely to be gay; one of the best indicators for heterosexuality was “liking” Wu-Tang Clan.  Followers of Lady Gaga were most probably extroverts, while those who “liked” philosophy tended to be introverts.  While each piece of such information is too weak to produce a reliable prediction, when tens, hundreds, or thousands of individual data points are combined, the resulting predictions become really accurate.

By 2012, Kosinski and his team had refined their model so well that it could predict race (95% accuracy), sexual orientation (88% accuracy), political party (85% accuracy), and hundreds of other metrics, up to and including whether or not your parents were divorced.  (I wrote about some of Kosinski's early results in a post back in 2013.)

The precision was frightening, and the more data they had access to, the better it got.  A study of Kosinski's algorithm showed that ten "likes" were sufficient to allow the model to know a person better than an average work colleague; seventy, and it exceeded what a person's friends knew; 150, what their parents knew; and 300, what their partner knew.  Studies showed that targeting advertisements on Facebook based on psychometric data resulted in 63% more clicks than did non-targeted ads.

So it was only a matter of time before the politicians got wind of this.  Because not only can your data be used to predict your personality, the overall data can be used to identify people with a particular set of traits -- such as undecided voters.

Enter Alexander Nix, CEO of Cambridge Analytica, an online data analysis firm, and one of the big guns with respect to both the recent U.S. election and the Brexit vote.  Because Nix started using Kosinski's algorithm to target individuals for political advertising.

"Only 18 months ago, Senator Cruz was one of the less popular candidates," Nix said in a speech political analysts in June 2016.  "Less than 40 percent of the population had heard of him...  So how did he do this?  A really ridiculous idea.  The idea that all women should receive the same message because of their gender—or all African Americans because of their race."

Nix went on to explain that through psychometrics, political candidates can create laser-focus appeals to specific people.  The approach became "different messages for different voters," and Donald Trump's team embraced the model with enthusiasm.  Grassegger and Krogerus write:


On the day of the third presidential debate between Trump and Clinton, Trump’s team tested 175,000 different ad variations for his arguments, in order to find the right versions above all via Facebook.  The messages differed for the most part only in microscopic details, in order to target the recipients in the optimal psychological way: different headings, colors, captions, with a photo or video...  In the Miami district of Little Haiti, for instance, Trump’s campaign provided inhabitants with news about the failure of the Clinton Foundation following the earthquake in Haiti, in order to keep them from voting for Hillary Clinton.  This was one of the goals: to keep potential Clinton voters (which include wavering left-wingers, African-Americans, and young women) away from the ballot box, to “suppress” their vote, as one senior campaign official told Bloomberg in the weeks before the election.  These “dark posts”—sponsored news-feed-style ads in Facebook timelines that can only be seen by users with specific profiles—included videos aimed at African-Americans in which Hillary Clinton refers to black men as predators, for example.

All in all, the Trump campaign paid between $5 and $15 million to Cambridge Analytica for their services -- the total amount is disputed.

Of course, it's impossible to know how much this swayed the results of the election, but given the amount of money Trump and others have spent to use this algorithm, it's hard to imagine that it had no effect.

All of which is not to say that you shouldn't "like" anything on Facebook.  Honestly, I'm unconcerned about what Alexander Nix might make of the fact that I like Linkin Park, H. P. Lovecraft, and various pages about running, scuba diving, and birdwatching.  It's more that we should be aware that the ads we're seeing -- especially about important things like political races -- are almost certainly not random any more.  They are crafted to appeal to our personalities, interests, and biases, using the data we've inadvertently provided, meaning that if we're not cognizant of how to view them, we're very likely to fall for their manipulation.
Posted by Gordon Bonnet at 2:10 AM