It is a sad fact of human nature that it is far easier to delude people than to un-delude them.

Once someone has accepted some counterfactual stance, you have all sorts of things working against you.  There's confirmation bias (the tendency of people to accept ideas they find appealing with little to no evidence), the backfire effect (the baffling fact that presenting people with evidence contrary to their beliefs can make them double-down on the belief in question), and the induction of cynicism when people discover they've been lied to (making them disbelieve everything they hear, including you).

This is why it was disheartening, but also unsurprising, to read the survey conducted by Public Policy Polling that found that among the Trump voters surveyed, over half said that their support for the president's executive order on immigration was at least in part due to the horrors of "the Bowling Green Massacre."

I would have thought by now that everyone on the planet Earth who has not been in a cave for the last three weeks would know that the "Bowling Green Massacre" is an invention of Kellyanne Conway, the Trump spokesperson whose grasp of the truth is so tenuous that if she said the sky was blue, the chance of it being some other color is nearly 100%.  She talked about the mythical attacks by Iraqi immigrants in Bowling Green, Kentucky on three separate occasions (so much for it being a "slip"), despite the fact that no one in Bowling Green has the slightest clue what she's talking about.

Of course, the problem is, the people who were already primed to believe her accepted it without question, and even after it was shown that she had lied (three times) it was easier for them to conclude that everyone else was wrong.

Or, of course, that the lying, crooked media had covered up the story of the Massacre.  Just two days ago a Facebook friend of mine posted a screed about how she and her husband are cancelling their subscription to the local newspaper because "all they print is lies" and "it totally has a liberal bias" and "it does nothing but slander the president."  (And allow me to add that we're not talking The New York Times or The Washington Post here; this is a town newspaper in the Deep South.  Rampant liberal bias down there, apparently, despite the fact that the whole area is as hardcore Republican as you can get.) 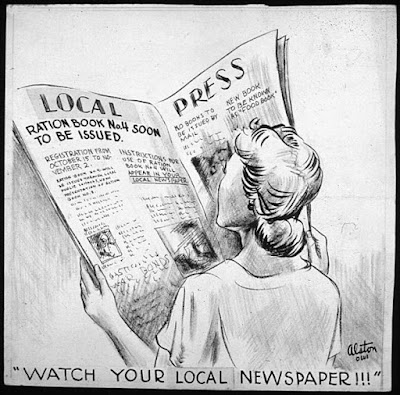 Fact resistance is getting to be a real problem.  For example, ask most people -- actually, on either side of the aisle, because I think this is a common misconception -- why we should restrict immigration.  Usually the first answer is "jobs," but a close second is "crime."  Those immigrants are poor, and besides, they don't have our 'Murikan sense of morals and ethics.  Invite 'em in, and watch the violent crime rise.

However, the facts don't support this.  Actually, they support the opposite contention, as counterintuitive as that might be.  A study just released last week in the Journal of Ethnicity in Criminal Justice, which looked at the last forty years of trends, found that there is no connection between immigrants and higher crime rate.  Lead author Robert Adelman, professor of sociology at the University of Buffalo, said:


Facts are critical in the current political environment.  The empirical evidence in this study and other related research shows little support for the notion that more immigrants lead to more crime...  Our research shows strong and stable evidence that, on average, across U.S. metropolitan areas crime and immigration are not linked.  The results show that immigration does not increase assaults and, in fact, robberies, burglaries, larceny, and murder are lower in places where immigration levels are higher...

This is a study across time and across place and the evidence is clear.  We are not claiming that immigrants are never involved in crime.  What we are explaining is that communities experiencing demographic change driven by immigration patterns do not experience significant increases in any of the kinds of crime we examined.  And in many cases, crime was either stable or actually declined in communities that incorporated many immigrants.

The problem is, it is unlikely that this will make any difference at all.  The connection between immigrants and crime has been so tightly welded in the American mind by people like Conway and her boss, Donald Trump (think of his repeated use of the phrase "bad hombres" to refer to Mexicans), that a little thing like forty years' worth of data won't make the slightest dent in their certainty.  It seems like immigrants would be likely to commit crimes; therefore it must be true.

I wish I had some kind of clever idea what to do about this.  The fact that a dishonest spokesperson for the current administration has a significant fraction of Americans believing in a violent attack that never happened makes me wonder if it can be fixed.  It'd be nice if people were more prone to looking at the facts and saying, "Well, okay, I guess I was wrong, then," but the sad truth is that people are way more likely to say, "Nope.  Nope nope nope.  These 'facts' have to be wrong."

All of which reinforces one thing in my mind; the most important thing we need to be doing in public schools is to teach critical thinking.  Information, long the currency of educators, needs to take second seat to thinking skills and methods for evaluating evidence.  Hell, the kids in my biology class can look up the definition of "endoplasmic reticulum" in twenty seconds flat on their cellphones if they need to know it.  What can't be looked up is skepticism as a way of thinking, the ability to question what you're reading or hearing, the understanding that media is inherently slanted and if all you do is listen to MSNBC or Fox News you're not getting the whole story -- that's the stuff they need to have solidly under their belt before they go out into the real world.

And become the next generation of voters.  Which privilege, it is devoutly to be wished, they will exercise more carefully than the current generation has.
Posted by Gordon Bonnet at 2:08 AM