The rather regrettable human tendency to assume that everyone in Our Tribe is honest and clever and valiant, and everyone in the Other Tribe is dishonest and cunning and weaselly, makes up for in appeal what it lacks in any kind of supporting evidence.

The fact is, all of us, regardless of tribe, are capable of exhibiting the full spectrum of human behavior.  I got a stern reminder of that yesterday from (of all places) Buzzfeed, a site which I had honestly stopped looking at because of their tendency to publish sensationalist, overhyped garbage.

But this particular article, called "Behind the Rise of the Anti-Trump Twitter Conspiracy Theorists" by Charlie Warzel, is unusually well researched -- and has a cautionary conclusion for any of us on the Blue side of things.  Warzel lays out clearly the fact that although the left is awfully quick to point out the conspiracy theorists on the right -- people like Alex Jones and Glenn Beck, for example -- they seem to be blissfully unaware when they're engaging in exactly the same kind of behaviors themselves.

"[T]he Blue Detectives," Warzel writes, "are increasingly active in theorizing that Trump and his associates are involved in a dizzying multidimensional plot — and, crucially, are always 10 steps ahead of the American public... which suggests a cunning on the part of the Trump administration and Russia to distract, dodge, and outwit the American public while bolstering its coffers and power." 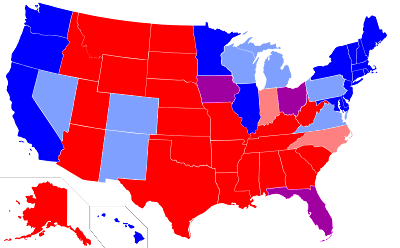 Warzel cites people like Adam Khan, who tweets under the handle @Khanoisseur, and specializes in linking together facts and figures and other people's tweets into what looks like a massive flow chart.  Khan insists he's not a conspiracy theorists, but is "merely asking questions."

"I’m not manufacturing anything new," Khan says.  "But I’m taking this piece of reporting from this journalist and showing clearly how it aligns with something else out there.  And put together, I think it shows there’s a bigger story.  If nothing else, I hope my work leads to more people doing their own investigative journalism."

The problem is, just as with people on the right like Rush Limbaugh (and Trump himself) saying "I'm just asking the question," the result is almost never "people doing their own investigative journalism."  The ones who are primed to believe whatever explanation is being offered tend to swallow it without question.

The tendency is not confined to bloggers and tweeters.  Former Labor Secretary Robert Reich slipped into that dangerous territory himself last week, with a claim that Breitbart and ultra-conservative firebrand Milo Yiannopoulos had engineered the riots at Berkeley to give impetus to Donald Trump to tighten his grip on college campuses:


There is the possibility that Yiannopoulos and Breitbart were in cahoots with the agitators in order to lay the groundwork for a Trump crackdown on universities and their federal funding... Hmmm. Connect these dots...  I don’t want to add to the conspiratorial musings of so many about this very conspiratorial administration, but it strikes me there may be something worrying going on here.

Of course, Reich never lays out his evidence for all this, because he doesn't appear to have any.  It's merely "likely speculation."

The irony isn't lost on conservative blogger Mike Cernovich.  "It’s even happening to people who have reputations in the media for being pretty normal," Cernovich said.  "I saw this great meme the other day that said if there’s ever a terrorist attack in America under Trump, the left is going to go full Infowars. And I think that’s totally true..  Honestly, that’s why I’ve pivoted with my brand, and my trolling today compared to a year ago is mild.  They’ve adopted that fringe-level mentality aggressively.  People on left are making themselves look ridiculous and so I see it as an opportunity to look reasonable by comparison."

The sad truth is that none of us is free of bias, so it is even more important to question stuff you hear from Your Tribe -- because that's what is most likely to hoodwink you, most likely for you to accept without question.  That tendency simply to go, "Yeah!  Right on!" when we see something that appeals to our preconceived notions blinds us to the truth, and prevents us from correcting our errors even when they're right in front of our faces.

So do what I always tell my Critical Thinking students to do; make sure you're getting your news from a variety of sources.  If you're conservative, watch MSNBC every once in a while.  If you're liberal, watch Fox.  You probably won't agree with what you hear, and it might even piss you off, but it'll pull you out of the comfy little echo chamber where most of us are content to live our lives.

And don't just listen -- consider what they're saying carefully.  Training yourself to think about what you're hearing and seeing is good practice, and not something that comes naturally.  It'll make you far less likely to fall for unfounded conspiracy theories -- no matter on which side of the aisle they originated.
Posted by Gordon Bonnet at 2:00 AM