Lately, it's seemed like the leaders of the conservative Christian Right have been going out of their way to make patently ridiculous statements.

As I commented a couple of weeks ago, we've had such pinnacles of clear thought as Pat Robertson babbling about how he hates being dominated by homosexuals, and Mary Colbert telling us that if we don't support Donald Trump, god will curse our grandchildren.  Even British Prime Minister Theresa May got in on the action, saying that Cadbury's decision to call this year's big event "The Great British Egg Hunt" is a deliberate slap in the face to Christians everywhere, because it didn't mention Easter, and we all know how central chocolate eggs are to the story of Jesus's resurrection.

Not to be outdone, today we have another luminary in the fundamentalist world, rabidly anti-gay Pastor Kevin Swanson, ranting on his radio show about the new live-action movie Beauty and the Beast.  But it's probably not about what you're thinking -- that the movie features a gay character.

No, that's small potatoes, and has been the subject of horrified diatribes from damn near every spokesperson for the Religious Right.  Swanson obviously disapproves of the gay character; but even more than that, he hates Beauty and the Beast...

... because it promotes inter-species mating. 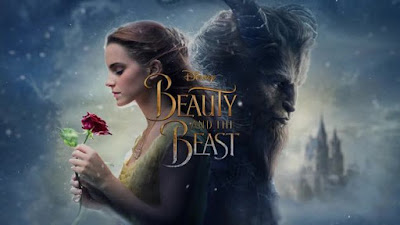 Sadly, I'm not making this up.  Here's the direct quote:


Liberals [seem] to be okay with this inter-species breeding, and have been ever since Star Trek was on the air...  Christians, I don’t believe, can allow for this.  Humans are made in the image of God.  Humans are assigned a spouse which happens to be a member of the opposite sex.  Friends, God’s law forbids it…  Christians should not allow for this, man.  We cannot allow for humans to interbreed with other species. It’s just wrong, wrong, wrong.  It’s confusion, it’s unnatural...  We are in some of the most radical, most anti-biblical, the most immoral, the most unethical, the most wicked sexual environment that the world has ever known, right now.

Okay, can we just establish a few facts, here?

Of course, I always get a little suspicious when these ministerial types start railing against specific behaviors over and over.  The way things have been going, I wouldn't be surprised if Swanson's demented rant about bestiality in a Disney movie means he'll get arrested next month for having sex with an aardvark or something.

Anyhow, that's our latest salvo from the ultra-Christian wacko fringe.  I probably should simply stop commenting on these people, because they seem to be in some sort of bizarre contest to see which one can make the most completely idiotic statement.

On the other hand, the fact is that a significant fraction of Americans still listen to them.  So maybe it's worthwhile after all.  Although I doubt seriously whether the kind of people who are willing to boycott Beauty and the Beast because of Kevin Swanson are the same ones who'll make their way over here to Skeptophilia.  But you never know.
Posted by Gordon Bonnet at 2:30 AM