New from the A Little Bit of Knowledge Is Dangerous department, we have a guy in the UK who is selling a health supplement that contains "stabilized negative ions of oxygen."

The product is named, with no apparent irony intended, "Aerobic Oxygen."  Presumably to distinguish it from all of that anaerobic oxygen floating around out there.  The company that produces it, Vitalox, says that their product is "the foundation of good health," and that sixty drops of their product consumed per day, "in any cold drink," plus another few added to your toothpaste and mouthwash, will bring you to the peak of health.  "Cellulite," we're told, is what happens "when fat cells are starved of oxygen."  (Never mind that "cellulite" is simply fat in which the connective tissue surrounding it has developed minor hernias, but otherwise is indistinguishable from regular old fat.  But why start trying to be scientifically accurate now?)

You might be wondering what's in this miracle drug.  I know I was.  The ingredients list reads as follows: "Contains purified ionised water, sodium chloride 1.6 micrograms per serving, Stabilised Oxygen molecules."  Which doesn't tell us much beyond what their sales pitch said.  What sort of additive would provide "stabilized oxygen?"  It's not simply dissolved oxygen; that would diffuse out as soon as you opened the bottle, and in any case the solubility of oxygen in water is low enough that you can't dissolve enough in it to make a difference to anyone but a fish. 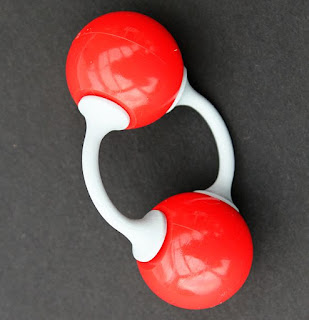 So a chemist named Dan Cornwell, from Kings College - London, decided to test "Aerobic Oxygen" to see what was really there.  And what he found was that the "stabilized oxygen" in the solution is coming from a significant quantity of either sodium chlorite or sodium hypochlorite.

"The two main conclusions I can draw is that the Vitalox solution has a pH of about 13, putting it in the same region as concentrated household bleach – which contains sodium hypochlorite and sodium hydroxide – or an oven cleaner," Cornwell said.  "And when it combined with the potassium iodide it produced iodine, which shows that there’s a strong oxidizing reaction.  I’m not 100% sure of the nature of the oxidizing agent, but since it has a basic pH and gave a positive result with the iodine test it’s reasonable to say it’s probably sodium chlorite or something similar."

David Colquhoun, professor of pharmacology at University College - London, was even more unequivocal. "You don’t absorb oxygen through your stomach," Colquhoun said.  "There’s not the slightest reason to think it works for anything...  A few drops in a glass of water probably won't actually kill you, but that's a slim marketing claim."

But don't worry if the "Aerobic Oxygen" doesn't quite live up to its claims; Vitalox also has a "Spirituality Page," wherein we find out that "Our spirit is real and we all have one, like it or not.  Recognise it or not.  It needs feeding too or it will get sick and may even die."  One of the features of the "Spirituality Page" is a "A Radio Stream to Wet [sic] Your Appetite," which is an odds-on contender for the funniest misspelling I've seen in ages.

So the whole "Aerobic Oxygen" thing is not only bullshit, it's potentially dangerous bullshit.  The site boils down to "drink our expensive bleach solution, and even if it doesn't kill you, your spirit won't be sick."  The take-home message here is, don't be taken in by fancy-sounding sort-of-sciencey-or-something verbiage and fatuous promises.  Do your research, and find out what you're thinking of ingesting before you buy it.  And that goes double when someone tells you they're selling you "aerobic oxygen."
Posted by Gordon Bonnet at 2:09 AM