Neil deGrasse Tyson once quipped that photographic evidence was no longer reliable because Photoshop probably had an "Add UFO" button.  It's an exercise I like to demonstrate with my Critical Thinking class; after watching a documentary about fake ghost photographs, they have an optional assignment to try to create the most realistic-looking and/or scary UFO, ghost, or other paranormal photograph they can.

The results are so creepy -- and so easy to make, if you have access even to rudimentary digital image modification software -- that the wall of photographs we display afterwards makes a real impact.

"I'll never believe a photograph is real again," one student said in an awed voice while looking at the collection of ghosts, spacecrafts, and Bigfoots. 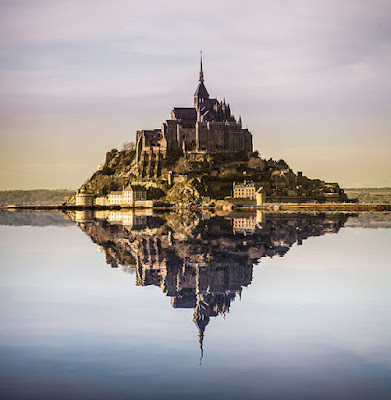 Mont St. Michel is beautiful, isn't it?  Yes, but the water and the reflection were all added to the image via Photoshop.  [image courtesy of photographer Andrés Nieto Porras and the Wikimedia Commons]

While that is honestly a bit of an overreaction, it's always best to be on the suspicious side whenever anyone claims a photograph as proof for a claim.  Not only are altered images easy to make -- as a paper just released last week in Cognitive Research: Principles and Implications shows, humans are kind of lousy at differentiated between retouched and unretouched photos.

In "Can People Identify Original and Manipulated Photos of Real-World Scenes?", authors Sophie J. Nightingale, Kimberley A. Wade, and Derrick G. Watson set up a series of tests in which subjects were asked if they could detect digitally-altered photographs that had impossibilities -- shadows pointing the wrong way, geometrical inconsistencies, features missing (such as removing the crosswise structural supports from a suspension bridge) or added (such as tables with extra legs).  They were given ten photographs, some altered and some not, and as much time as they wanted to study them, and then were asked to identify which (if any) had been manipulated, and if so, how.

And people, in general, were terrible at it.  The authors write:


In two separate experiments we have shown, for the first time, that people’s ability to detect manipulated photos of real-world scenes is extremely limited.  Considering the prevalence of manipulated images in the media, on social networking sites, and in other domains, our findings warrant concern about the extent to which people may be frequently fooled in their daily lives.  Furthermore, we did not find any strong evidence to suggest that individual factors, such as having an interest in photography or beliefs about the extent of image manipulation in society, are associated with improved ability to detect or locate manipulations.

Which, of course, should be enough to give anyone pause.  Our capacity for recognizing when we've been fooled is far poorer than we tend to believe. 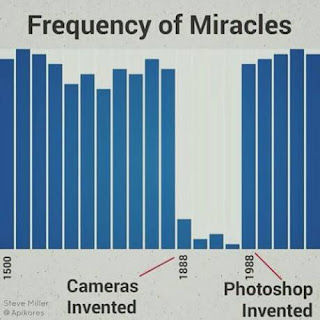 And the more sophisticated the digital manipulation software gets, the worse this problem will become.  Early digital photography programs were nothing short of crude, and attempts to mess around with the image always left traces that a discerning eye could see.  But now?  It's telling that a bunch of inexperienced high school students could, in short order, produce images that were absolutely convincing.

Think of how much could be done by people who were experts in digital image modification. 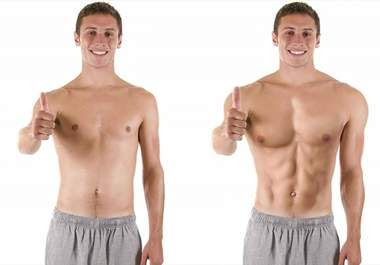 There's even an iPhone app that adds six-pack abs and broader shoulders to your photo.  Wouldn't it be nice if it were this easy in real life?

So we might well be approaching the "Trust Nothing" stance of my student from last year.  I hate to promote cynicism, but honestly, casting a wry eye on any photographic evidence is probably a smart thing place to start.   We're not quite at the point of having an "Add UFO" button -- but it's not far away.
Posted by Gordon Bonnet at 4:57 AM