There's a quote from Winston Churchill that goes, "You have enemies?  Good.  That means you've stood up for something, some time in your life."

By that standard, I'd have gotten some serious props from Mr. Churchill for yesterday's post, which generated quite the deluge of hate mail.  I don't know where my link got posted, nor by whom, but evidently it was in a place where there are a significant proportion of people who took umbrage at my identification of Donald Trump as a liar, a racist, and a misogynist.

The responses varied from the banal to the highly creative.  Several of them invited me to do things that even thirty years ago I didn't have the flexibility to accomplish.  But I thought it'd be fun to respond to a few of them, even though all I'll probably do is generate more hate mail.

Oh, well.  I'm all about throwing caution to the wind. 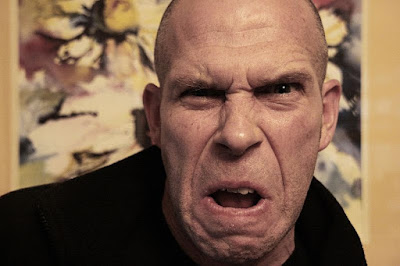 [image courtesy of photographer Jessica Flavin and the Wikimedia Commons]

Here's one that I thought was kind of interesting:


You really don't get it, do you?  From your picture you're as white as I am, and you're gonna stand there and tell me that you have no problem being overrun by people who have different customs and don't speak English?  Let's see how you feel when your kid's teacher requires them to learn Arabic.

Well, my kids are 26 and 29, so unless they decide to enroll in college, they're unlikely to face this particular issue.  But ignoring that for a moment -- I would have been elated if my kids had had the opportunity to learn Arabic in school.  They each took three years of French, but to say they weren't enthusiastic about it is something of an understatement.  I would welcome any opportunity my kids, or kids in general, had to learn about other cultures.  In fact, I think a lot of the hatred and ugliness we're seeing right now is largely generated by the fact that the people who are the most racist don't know even a single person who is of a different race.

Once you get to know someone, realize that they have the same dreams, needs, and desires as you do, it becomes a hell of a lot harder to hate them.

Then there was this one:


Fuck you, you left wing libtard.  We finally have a president who speaks his mind, and you can't handle it.  Well, sorry, jerkoff, but this is America, and we're taking it back whether you like it or not.

"Taking it back?"  From whom?  Or do you mean taking it back in time?  Because that's a hell of a lot more accurate.  To the 30s, when racism and sexism was institutionalized, when there were still lynchings of African Americans, when being Jewish or Italian or Hispanic or Chinese meant that you were automatically disqualified from most high-paying jobs, and when you didn't even mention it if you were gay, lesbian, bisexual, or transgender.

I can only hope we aren't going back there, and as a nation that we've learned the lesson that you don't gain more rights for yourself by denying others theirs, but in the last few days I've begun to wonder.

I also got an email sending me a link to a news article about the Justice Department demanding names of 1.3 million people who visited an anti-Trump website.  It was accompanied by the following cheery message:


Watch your back.  We know who you are.  There's a list of treasonous assholes like yourself, and you better be careful, because this shit is not going to be tolerated any more.

I have two things to say about this one:
Last, we have this one:


You alt-left pussies make me want to puke.  I bet if you were in any real danger, you'd run home to mama.  You're pretty tough when you're sitting there on your computer, aren't you, big man?

To be honest, I don't think I'm all that tough.  I'm a wuss about pain, frankly.  But I am willing to take significant risks to stand up for what I believe in, to follow Roy T. Bennett's exhortation to "Stop doing what is easy.  Start doing what is right."

And it's interesting that I'm already a member of the "alt-left," a group that President Trump invented two days ago.  I suppose I should be honored, really.  I was expecting it to take at least a few weeks just to have my application processed.  I hope this means that my official alt-left badge, commemorative t-shirt, and decoder ring will be in my mailbox soon!

Anyhow, that's a sampler of what was in yesterday's mailbag.  For damn near all of them, I pretty much just read the first line or two and deleted them, because there's only so many times you can read "go fuck yourself."

So I guess I struck a nerve, which is to me a good thing.  At least it means people are reading what I write, and (on some level) thinking about what I'm saying.  And with this crowd, any inroads I can make in the "reconsider your beliefs" department is movement in the right direction.
Posted by Gordon Bonnet at 2:56 AM