I find that one of the most useful questions to ask someone who makes an outlandish claim is, "How could that possibly work?"

I bring this up in part because of a discussion I had with a student over the practice of dowsing.  For those of you who don't know what this is, dowsing (also known as "water-witching") is the use of a forked stick, generally by a "sensitive," to find underground water.  Supposedly the stick will give a sharp downward pull if there's a source of water suitable for well-drilling underneath where you're standing.  I have found that this is the one woo-woo claim that elicits the most support when it comes up in my Critical Thinking classes -- almost every one of my students knows at least one person who will vouch for its truth.

Of course, the fact is, in upstate New York there's almost nowhere you could drill around here and not hit water, sooner or later, and most of the groundwater is pretty clean.  So dowsing would be a pretty safe proposition nearly everywhere.  But so, of course, would claiming that your dog was a "sensitive," and leading him around on a leash until he gets bored and sits down, and then drilling there because a source of underground water exerts a magnetic attraction on your dog's butt.

I hear that Portuguese Water Dogs are an especially good choice for this.

Be that as it may, I said to my student, "How could this possibly work?"  Of course, she had no ready answer for this, and neither does anyone else, but this hasn't stopped people from making one up -- that the Earth's "energies" interact with the "psychic fields" of the dowser's mind, causing the stick to move downwards.  One website even claimed that because willow trees like to grow near water, willow wood works the best for dowsing rods.  (And you laughed at my Portuguese Water Dog claim.   Please explain to me how the "willow wood" claim is any different.)

The demand of "show me the mechanism" is a pretty good first-order test for a lot of these claims, such as the recent spate of stories about people called SLIders (and we're not referring to the 90s science fiction TV series here).  SLIders are people who exhibit Street Light Interference -- street lights go off, or on, or flicker, when they walk past.  Naysayers, of course, claim this is just Dart-Thrower's Bias -- the tendency of the human mind to notice and remember oddities (times that the street light went off as you passed) and ignore all of the background noise (times that the street lights stayed on).  Believers aren't buying it, and claim that the "electrical output of the brain" is interfering with the electrical flow in the street light. 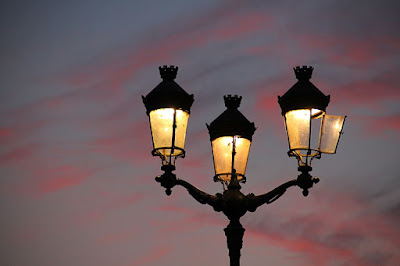 How the electrical activity of the brain -- which, according to The Physics Factbook, runs at a total energy consumption rate of 20 to 40 Watts, or slightly less than a single typical incandescent light bulb -- could affect the activity of a 200 Watt high-pressure sodium vapor lamp running on conventional electrical current forty feet away, is never explained.  Any demand for a plausible mechanism quickly descends into the same kind of "sensitive psychic field" baloney that comes up with similar requests vis-à-vis dowsing.

The phenomenon has been looked at in the laboratory, and no evidence supporting it has ever been found.  The Committee for Skeptical Inquiry has a good summary of the research, and the writer, Massimo Polidoro, concludes, "Science has never confirmed that the human mind can cause physical effects at a distance, which is what seems to be occurring in SLI...  (T)his appears to be a phenomenon that just happens at random and is not produced by one willing for it to happen."

This, of course, doesn't discourage die-hard SLIders from thinking they're doing something unusual, which makes you wonder why they don't constantly short out computers, televisions, cellphones, iPods, and so on.  You'd think that if they can affect something as simple, and powerful, as a street light, frying a laptop would be a relative cinch.  Yet even some of the pro-SLIder sites I looked at admitted that the effect had "proven difficult to replicate in a laboratory setting."

Yup, I'll just bet it is.  In any case, here's another nice thing to add to your skeptical toolkit -- "show me the mechanism."  If you think something weird is going on, you'd better have a plausible explanation for it that doesn't fly in the face of verified science.  And that goes double for all of you Portuguese Water Dogs.
Posted by Gordon Bonnet at 3:11 AM