It will come as no particular surprise to people who know me that I can be a little neurotic at times.  I'm nervous to the point of not being able to sit still, and get seriously worked up before (for example) races, because I can so vividly envision everything going wildly wrong.  Mental images of me running out in front of a truck or collapsing with heat stroke or simply being the last person to limp across the finish line gain a life of their own, despite the fact that none of those things have ever happened to me.

Traveling is worse.  I say I love to travel, but what I actually mean is that I love being at my destination.  Traveling with me is kind of a nightmare, because I experience gut-clenching anxiety about missing a connection or losing my luggage or worse.  I still vividly recall watching with increasing horror as my wife tried to get through the immigration checkpoint on our way back into the U.S. from our first trip to Ecuador fifteen years ago.  I watched her searching her pockets and backpack for her passport, her expression gradually moving from perplexity to worry to outright panic -- and there was nothing I could do.  I couldn't go back in the line from the other side of the checkpoint and help her; even if I could, it's not like I knew where her passport was.  Images of Carol being hauled off to a windowless room with a bare light bulb to be interrogated as to why she was trying to enter the country illegally flitted through my head.

Of course, in short order she did find her passport, and disaster was averted, but it took me about three weeks to calm back down.

We also ended with nothing more than a serious adrenaline rush the time the drug-sniffing dogs flagged my backpack in Belize, although I did have to find a place to change my pants afterwards.

It's not like I have a history of terrible things happen to me.  I've never had anything worse than getting ill for a day or two, on any trip I've ever taken, and even that has been mild.

So none of this is connected to reality, not that this matters.  If no real crisis presents itself, my brain is perfectly capable of inventing various scenarios on its own.  The fact that these are highly improbable, and many of them are mutually exclusive, doesn't seem to matter. 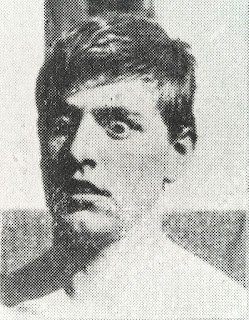 Which is why I have now been sent a link three times by various friends and family members about a recent study showing that people who are neurotic live longer.  The study, conducted by Catharine Gale of the University of Edinburgh et al., was huge -- Gale and her team tracked 500,000 people aged 37 to 73 in the United Kingdom for six years, after giving them a personality assessment designed to determine their degree of anxiety and neuroticism.

The results were fascinating.  Even when controlled for typical risk factors -- smoking, heavy alcohol use, genetic predispositions to heart disease, cancer, or stroke -- neurotic people were less likely to die young.  Gale says:


There are disadvantages to being high in neuroticism, in that it makes people more prone to experiencing negative emotions.  But our findings suggest it may have some advantages too...  For some individuals, it seems to offer some protection against dying prematurely.

At this point, Gale has no idea why this trend exists, so the next step is to figure out whether there's a causative link to something else, either genetic or behavioral.  Their first conjecture was that neurotic people, being worriers, might be less prone to engaging in unhealthy habits, but that turned out to be incorrect.  The percentage of smoking, drinking, and obesity among the neurotic group was not appreciably different from that of the control group.  Gale says:


We had thought that greater worry or vulnerability might lead people to behave in a healthier way and hence lower the risk of death, but that was not the case...  We now have to figure out why [this correlation] exists.

My own supposition is that neurotic people don't actually live longer, it just seems longer to their family and friends.  Heaven knows my wife, who has the patience of a saint, puts up with a great deal from my tendency toward getting anxious about damn near everything.  Amazingly enough, she still likes to travel with me, which I find a little baffling.  Sometimes I even drive myself crazy; I can't imagine what it'd be like for a normal person to put up with my continual twitching.

In any case, the whole thing is pretty fascinating, and I'm looking forward to seeing what more comes out of the study by Gale et al.  But now I need to wrap this up, because I have a race in three weeks and I need to start worrying about it.  What shall I fret about this time?  Maybe being chased and mangled by a Rottweiler.  I don't think I've used that one yet.
Posted by Gordon Bonnet at 6:01 AM