A couple of days ago, a reader of Skeptophilia sent me a link along with an email, the gist of which was, "Ha ha, how are you gonna argue your way out of this one, Mr. Smarty-Pants Atheist?"

The link was to a recent article in Newsweek entitled, "Religious People Live Healthier, Longer Lives -- While Atheists Collect Mutant Genes."  Notwithstanding the mental image this created -- of us atheists having stamp-collection-like binders of mutant genes on bookshelves in our studies -- the whole premise sounded idiotic.  The article quotes study co-author Edward Dutton as saying:


Maybe the positive relationship between religiousness and health is not causal—it's not that being religious makes you less stressed so less ill.  Rather, religious people are a genetically normal remnant population from preindustrial times, and the rest of us are mutants who'd have died as children back then...  [The Industrial Revolution caused us to develop] better and better medical care, easier access to healthy food and better living conditions.  Child mortality collapsed down to a tiny level and more and more people with more and more mutant genes have survived into adulthood and had children...  Religiousness makes you more pro-social, and you become more religious when you're stressed.  Religious people would have been sexually selected for because their pro-social, moral, unstressed nature would be attractive.

Well, my background is in evolutionary genetics, so I thought, "Here's a claim I'm qualified to evaluate."

Let's look first at his contention that religious people are healthier.  Turns out that there's some weak correlation there, but only if you look at First-World countries.  In the United States, for example, comparing religious people and non-religious people of similar socioeconomic status, there's a small improvement in health and longevity in the religious people over the non-religious ones.  (It very much remains to be seen that there's any kind of causal relationship there, however.)  But if you look at the human race as a whole -- comparing largely non-religious countries (Sweden, Finland, Iceland) with largely religious ones (Bangladesh, Malaysia, Egypt) gives you exactly the opposite pattern.  There's as much evidence that ill people in questionable living conditions seek out religion as solace as there is that religion itself makes you healthier. 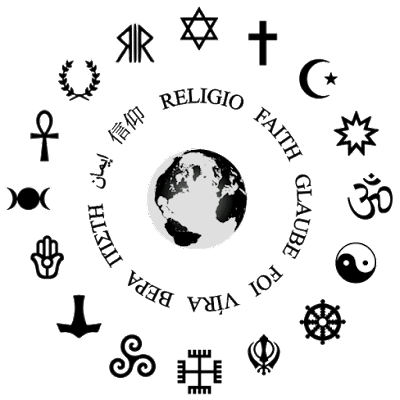 The last part of the claim, that religion is due to some kind of sexual selection, moves us into even muddier waters.  If this claim is true, people would be eliminating potential mates on the basis of being non-religious, something I see no evidence of whatsoever.  Also, there's the problem of people like me -- the child of a dad who was a Pascal's-wager kind of guy and a mom who was more or less the Cajun Mother Teresa.  So I almost certainly inherited "religiosity genes" (whatever those are).  My first wife, and the mother of my children, was an agnostic who didn't really care about the question of god one way or the other, and at the time our two sons were born, I was still trying like hell to find a reason to believe, a battle I gave up when my youngest son was about five.

So how do you classify me, on the Religious Mutant Gene scale?

Anyhow, as befits a good skeptic, I decided to go to the source, and went to the paper by Dutton et al. in the journal Evolutionary Psychological Science that makes the original claim.  The paper has the rather histrionic title, "The Mutant Says in His Heart, 'There Is No God': the Rejection of Collective Religiosity Centred Around the Worship of Moral Gods Is Associated with High Mutational Load," and although the entire paper is behind a paywall, the abstract reads as follows:


Industrialisation leads to relaxed selection and thus the accumulation of fitness-damaging genetic mutations.  We argue that religion is a selected trait that would be highly sensitive to mutational load.  We further argue that a specific form of religiousness was selected for in complex societies up until industrialisation based around the collective worship of moral gods.  With the relaxation of selection, we predict the degeneration of this form of religion and diverse deviations from it.  These deviations, however, would correlate with the same indicators because they would all be underpinned by mutational load.  We test this hypothesis using two very different deviations: atheism and paranormal belief.  We examine associations between these deviations and four indicators of mutational load: (1) poor general health, (2) autism, (3) fluctuating asymmetry, and (4) left-handedness.  A systematic literature review combined with primary research on handedness demonstrates that atheism and/or paranormal belief is associated with all of these indicators of high mutational load.

Mutational load is a real thing -- it's the number of lethal (or at least significantly deleterious) genes we carry around, the effects of which we are usually protected from by our diploidy (we've got two copies of every gene, and if one doesn't work, chances are the other one does).  But there is no indication that high mutational load is connected with autism (jury's still out on what exactly causes autism) or left-handedness, and "poor general health" is such a mushy term that if you select your data set carefully enough you could probably correlate it with anything you like, up to and including astrological sign.  (There is some indication that left-handedness correlates with some medical conditions, such as migraine, autoimmune disorders, and learning disability; but the heritability of left-handedness even when both parents are left-handed is only 29% anyhow, and what exactly causes it is still unknown.)

But then I did what (again) all skeptics should do, namely take a look at the paper's sources.  I noticed two things right away -- first, that the sources from highly-respected journals like Nature were only tangentially connected to Dutton et al.'s claim (such as an article on the heritability of longevity in Nature Genetics), and second, that the authors are really good at citing their own work.   No fewer than ten of the sources were authored or co-authored by Dutton or the other two authors of the Evolutionary Psychological Science paper, Curtis Dunkel and Guy Madison.

Then I scrolled a little further, and found these listed as sources:

So you're writing a serious paper in a (presumably) serious journal, and you want us to accept your claim, and you cite Yelp, Yahoo Answers, The Telegraph, The Guardian, The Daily Mail Fail, and -- for fuck's sake -- The Jesus Tribune?

What this makes me wonder -- besides the obvious question of how Dutton et al. pull this stuff out of their asses without cracking up -- is about the reliability of the journal Evolutionary Psychological Science itself.  I wasn't able to find any meta-analysis of EPS's reliability online; that sort of self-policing by academia is sorely lacking.  But this paper has all the hallmarks of a pay-to-play publication in a journal that honestly doesn't give a flying fuck about the study's quality.  It's hard to imagine any study that cites The Jesus Tribune making it into Science, for example.

So predictably, I'm unimpressed.  Nothing in my understanding of population genetics lends the slimmest credence to this claim.  It's unsurprising that Newsweek picked up the story, although one would hope that even popular media publications would be a little more careful what they print.  In any case, we atheists don't have to worry about our being poorly-fit unhealthy left-handed autistic mutants.  We're no more likely to be any of the above than the rest of the general population is.  Although, I have to say that while we're talking fiction, if mutations could work like they do in The X-Men, I'd be all for 'em.  I want a mutation that gives me wings.  Big, feathery hawk wings arising from my shoulders.  It'd make fitting into a shirt difficult, but that's a price I'm willing to pay.
Posted by Gordon Bonnet at 2:19 AM