One of the endearing things about woo-woos is that they never, ever, ever give up.  Once they become convinced that their favorite weird idea is real, no power on Earth can shift them, not a mountain of evidence against, not the most flawless argument.

You have to admire their tenacity, really.

This comes up because of a recent claim by a gentleman named Jon Kelly, who claims to be an audio analyst.  (I use the word "claims" not to cast any doubt, but simply because I was unable to verify his credentials.)  Kelly was going through some recently declassified recordings of President John F. Kennedy discussing a variety of topics shortly before his death, including the space program, and Kelly claims that Kennedy was speaking in code.  The text of the speeches was about the space program of the time; but the real message, Kelly says, was encrypted, and had to do with contact with aliens.  But you can only discern the real message...

... if you listen to it backwards.

Backmasking has been around for a long, long time, and the first accusations of secret messages encrypted backwards were levied by a variety of fundamentalist ministers against rock musicians, notably the Electric Light Orchestra, Led Zeppelin, and Styx.  (When ELO songwriter and singer Jeff Lynne found out that their song "Eldorado" allegedly had the message, "He is the nasty one / Christ, you're infernal / It is said we're dead men / Everyone who has the mark will live," he famously responded, "Skcollob.")  Not ones to take such accusations lying down, many of the musicians began to include such messages deliberately, my favorite one being the inclusion by Styx in one of their songs on their next album the backwards message, "Why are you listening to me backwards?" 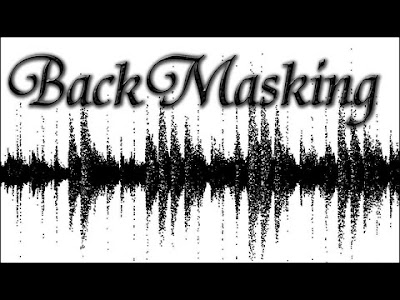 In any case, what is ridiculous about all of these claims is that if the intent was to influence the listener's behavior subliminally, it doesn't work.  A study at the University of Lethbridge all the way back in 1985 using a variety of messages played backwards (including the 23rd Psalm) found that listeners showed no ability to pick up the information content of messages played in reverse.

Of course, our friend Jon Kelly is not implying that subliminal alteration of behavior is what JFK was trying to do; he's implying that JFK was deliberately hiding information, encrypting it in such a way that only the ones in the know could figure out the real message was.  (Apparently, it includes such pithy bits as "I found a spacecraft.  I saw a Gray.  Proof aliens landed here.")  What comes to my mind, besides the inevitable thought of "you are a loon," is, does he realize how difficult it would be actually to do that?

In fact, if you think there is any level of plausibility in this claim at all, I want you to give it a try yourself.  Take a simple message you want to encrypt -- only a few words.  Perhaps, "The aliens have landed in downtown Detroit."  Now, figure out a piece of sensible text that when you say it forwards includes a bit that sounds like that phrase read backwards.

C'mon, let's get on with it, we're all waiting.

Not so easy, is it?  The English language is not, to put it mildly, a phonetic system that is read with equal ease, not to mention meaningfulness, forwards and backwards.  Any examples we could find that said one thing forward, and a different (but sensible) thing backwards, would be so contrived that they would significantly limit both what you actually said, and also what the encrypted message could be.

In other words; it's an idiotic conjecture.  But that hasn't stopped it from being made repeatedly, all the way back into the 1970s, by a variety of different woo-woos each with their own theory about why it was done.

So, anyway, that's today's little dose of wackiness.  Yet another example of a repeated claim that is held firmly despite repeated debunking.  You have to wonder what these woo-woos could accomplish if they turned this level of dogged tenacity onto something that really matters, like solving world hunger.  I guess that's too much to ask, however, given that the majority of these people seem to be sekactiurf.
Posted by Gordon Bonnet at 2:00 AM