Well, the first thing I need to do in today's post is to figure out if I can correct the timestamp, which is clearly wrong.  Hmmm... let's see... no, it won't let me do it. Okay, then, I'll just have to state for the record that today you should date all of your checks, documents, and correspondence with "December 26, 1718."

What?  How can that be true, you ask?  1718... so, J. S. Bach would still be alive, King George I would just have been crowned king of England, and the USA wouldn't exist for another sixty-odd years?  To which I chuckle gently, and explain: of course that's not what I mean.  You can't just jump backwards in time, that would be ridiculous.  What I'm saying is that the calendar is wrong, not because we've leapt back to the 18th century, but because...

Yes, according to the Phantom Time Hypothesis, devised by Hans-Ulrich Niemitz and Heribert Illig, time actually went from the year 613 directly to the year 912.  Any events that occurred during those years, or people who are alleged to have lived then are:
Some of the people who therefore didn't exist are King Harald I Fairhair of Norway, King Alfred the Great of Wessex, the writers Alcuin, Caedmon, Li Po, and Bede... and Charlemagne.

Why, you might ask, do Niemitz and Illig believe this?  Apparently it's based on hiatuses in historical records (the Early Middle Ages in Europe was a chaotic time, and most of the few records that were written during that time have been lost), coupled with perceived gaps in building in Constantinople.   Niemitz and Illig also believe that the development of religious doctrine in Europe goes into a stall between the 7th and 10th centuries, as does the progress of art, language, and science.  All of these gaps, they say, can be explained if those three centuries didn't exist -- they were inventions of a conspiracy of church fathers in the 11th and 12th centuries, that originated with Holy Roman Emperor Otto III and Pope Sylvester II, and has continued lo unto this very day. 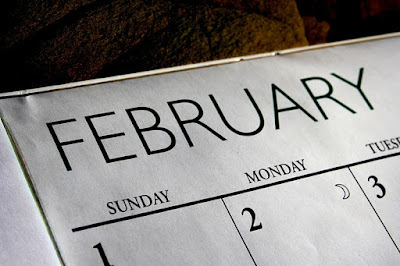 Well, let me see here.  Where do I start?

Interesting, if three centuries fell out of historians' pockets somewhere along the way, that astronomical records (especially records of comets and solar eclipses kept by the Chinese) agree precisely with back-calculations done by present day astronomers.  The Tang Dynasty -- which coincides almost perfectly with Niemitz and Illig's lost centuries, and which they consider a "Golden Age Myth" -- not only produced art and artifacts, but kept intricate records of observations of events in the sky.  It's a little hard to explain the solar eclipses that occurred during that time, and which line up perfectly with when astronomers know they occurred, if (1) those three centuries never happened, and (2) the Tang Dynasty astronomers were themselves later fabrications.

We also have the problem that this is the period during which Islam spread across the Middle East -- so we're supposed to believe that we jump right from 614 (Muhammad is still alive, but has yet to make his pilgrimage to Mecca) to 911 (the Muslims are in control of territory from southern Spain to Arabia and beyond)?  And I guess they should revoke my master's degree, because the subject of my thesis (the Viking conquest of England and Scotland) occurred during those years... and so is an elaborate fiction, as is the linguistic and archaeological evidence.

Or, maybe I'm one of the conspirators.  I've been accused of that before.

Anyway, this whole hypothesis seems to be a lot of nonsense, and is yet another good example of Ockham's Razor, not to mention the ECREE Principle.  So, you can relax, and cancel any plans to go back and yell at your high school history teachers -- Charlemagne was almost certainly a real person.   As were Alfred the Great and the rest.  Me, I'm glad.  I'm going to have a hard enough time next week remembering to write the correct year on my checks; I don't know what I'd do if I had to remember that it was a whole different century.
Posted by Gordon Bonnet at 2:56 AM