Avoidance of things past

Can we establish something right at the get-go?

Just because something is old doesn't mean it's a good idea.

Okay, ancient Greek sculpture is pretty awesome.  Ditto Roman architecture.  More recently, but still a while back, I find that music by Heinrich Ignaz von Biber (1644-1704) beats hollow any music from Justin Bieber (1994-present), and in fact I am inclined to think that music's pretty much been in decline since Johann Sebastian Bach died in 1750.

But in general?  There are a lot of things from the past that we really should leave in the past.  Consider the Four Humors Theory of Medicine, in which all disease was thought to be due to an imbalance in the four "humors" of the body -- blood, phlegm, yellow bile, and black bile.  It's what gave rise to the lovely idea of bloodletting to treat disease (not to mention the words sanguine, phlegmatic, bilious, and melancholy).

And that's hardly the only example.  There's trial by ordeal, sacrificing virgins in volcanoes, reading the future by looking at the entrails of chickens, and belief in witchcraft.  So while it's natural enough to venerate our ancestors, it bears remembering that they came up with some truly awful ideas.

Which is why I started rolling my eyes at the title of an article in Quartz, and pretty much didn't stop till the last line.

The article in question, "Horoscopes 2018: Astrology Isn’t Fake—It’s Just Been Ruined by Modern Psychology" by Ida C. Benedetto, claims that reading portents in the skies isn't wrong; the problem lies with the damn researchers trying to elucidate what's actually happening in the brain. 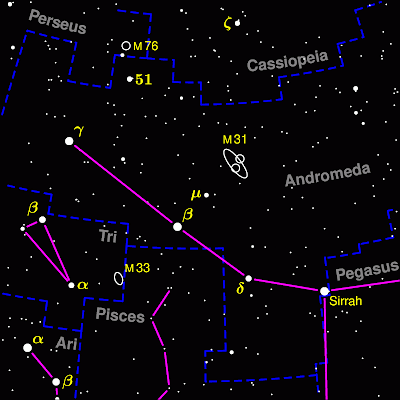 Benedetto spends a good bit of her article slamming the whole "Sun Signs" thing, which is what gives us the horoscope columns in the daily newspaper, wherein you can find out that if you're an Aquarius, while you're walking to work today you will trip over a curb and drop your cup of coffee down a storm sewer.  (Okay, I honestly don't have any clue what is going to happen to you if you're an Aquarius.  For one thing, I'm a Scorpio.  For another, it's a lot of bollocks in any case, so it doesn't really matter.)


Don’t relate to your sign?  That might be because sun-signs astrology is a recent creation designed to appeal to mass audiences...

The sun-sign approach to astrology continued to grow in popularity through newspaper columns in the first half of the 20th century and boomed when New Age went mainstream in the 1960s.  Historian Nick Campion notes that “sun-sign astrology domesticated the universe” at a time when astronomy discovered that our galaxy was one small dot among billions in a perpetually expanding universe.  When modern science was making humanity look smaller and more insignificant than ever, people found it reassuring to think of their personalities as being reflected in the stars.

In which, so far, I find nothing to disagree with.  But then she tells us that we need to jettison modern sun sign astrology, and replace it with the astrology from the ancient Greeks.

Now, I don't mean to run down the ancient Greeks, who did some amazing stuff.  But their knowledge of the stars -- i.e., astroNOMY, not astroLOGY -- was pretty rudimentary.  After all, they're the ones who, presumably after drinking way too much ouzo, looked up at random assemblages of stars and had the following conversation, only in ancient Greek:


Ancient Greek Guy #1:  Dude.  Don't you think that bunch of stars over there looks just like a "sea goat?"

Ancient Greek Guy #1:  It's a goat with the tail of a fish.  Here, have another shot of ouzo.

Ancient Greek Guy #2:  Hey, bro, you were just talking about "sea goats."  Don't come after me about accuracy.

Ancient Greek Guy #1:  Oh, okay, fair enough.  [takes another slug of ouzo]  And hey, look at those stars!  That bunch looks like a virgin, don't you think?

Ancient Greek Guy #2:  A virgin?  How can you tell at this distance?

Ancient Greek Guy #1:  Why else would she be up there in the sky?

So it's not like I'm that inclined to take their knowledge of what was actually happening in the heavens all that seriously.  Benedetto, however, says that both the current astronomers and astrologers have missed the point entirely.  So what, exactly, does she believe?  It takes her a while to get to the point -- she seems much clearer on what she doesn't believe -- but she finally has this to say:


One of the greatest sticking points where traditional and modern astrology diverge is destiny.  Hellenistic astrology describes a causal relationship between the movement of planets and stars and the material world on earth.  The ancients also believed in the notion of fate.  Fatedness runs counter to our modern notion of free will, and therefore many find traditional astrology unpalatable.  However, we do not need to believe in a fatalistic view of planetary movements to revive some insights in the work of the ancient astrologers who espoused them.

Which sounds pretty mushy, but that's honestly the most solid thing she has to say about it.  She then quotes an astrologer whose name is (I'm not making this up) "Wonder Bright," who says that you can reconcile the old and new astrology if you look at it just right.

"Modern counseling methods," Bright says, "are a boon to the astrologer and probably account for the large percentage of women studying and practicing astrology nowadays, which would have been unthinkable in previous centuries."

And as far as that goes, I can easily reconcile old and new astrology:

They're both bullshit.  The end.

What strikes me about all of this is that both flavors of astrologer, old and new, don't ever ask what are really the only relevant questions here:
Of course, since the answer to both of them is "No," it's unsurprising she didn't address the issue.

She ends with a rather amusing statement: "Traditional astrology, with its wealth of ancient texts, deserves the same respectful suspension of disbelief as other old-world scientific fields."  Righty-o.  I'll start first.  You "respectfully suspend your disbelief" with respect to reading the future from patterns of sticks dropped on the floor, and I'll do the same with respect to what happens when Neptune is in Sagittarius.  (Once again, I have no idea either if Neptune is currently in Sagittarius, or if so what it means, and moreover, I don't give a damn about either one.)

So the whole argument is rather ridiculous.  It brings up the quote from Cicero, who wondered how "two augurs could pass on the street and look one another in the face without laughing."

As for me, however, I think I'm going to go listen to some music by Bach.  Whatever else you can say about those folks back in the past, they sure did know how to write a cool prelude and fugue.
Posted by Gordon Bonnet at 2:11 AM