The best part of waking up...

Ah, the early morning.  All is quiet, so it's time to put on the coffee, look forward to a nice hot cup of joe.  Because there's nothing better at this time of day than a dark French roast...

... which, I must state for the record, I would prefer to take by mouth.

The reason I have to specify is, unsurprisingly, because of noted scientific researcher Gwyneth Paltrow, who is now selling a device for $135 whereby you can get your morning coffee squirted up your ass instead.

For what it's worth, I'm not making this up, although I sure as hell wish I was.  The device, called the "Implant-O-Rama" (didn't make the name up either, I swear), is basically just a glass bottle with some silicone tubing.  So I can think of a great many other better uses for $135, and that includes using it to start a fire in my wood stove.

It will probably not shock you to hear that this is all in the name of "detoxification."  A coffee enema is supposed to "detoxify your blood," which should only be a concern if your liver and kidneys aren't working properly.  (And if this is the case, you need to see a doctor immediately, not put your morning Starbucks where the sun don't shine.) 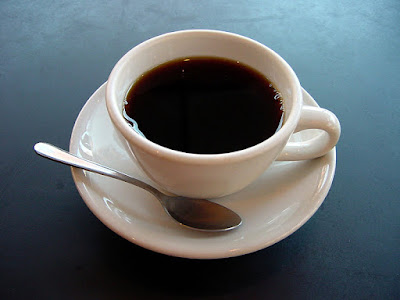 [image courtesy of photographer Julius Schorzman and the Wikimedia Commons]

Why coffee, you might be asking?  Why not orange juice or iced tea or Snapple or Mountain Dew?  The answer: I have no fucking clue.  My guess is that Gwyneth Paltrow doesn't know, either.  If you asked her, she'd probably tell you it had to do with the quantum resonant frequencies of your chakras or something.  But we haven't worried about explanations from her before, so why start now?

At this point it will also come as no particular surprise that people have injured themselves administering coffee enemas.  Emergency rooms have reported colon inflammation, perforated rectums, sepsis, and blood electrolyte imbalances from people doing this to themselves, including at least two people who died of the aftereffects.  Then there were a couple of cases where people suffered severe internal burns, since folks who are stupid enough to squirt random liquids up their ass are evidently also stupid enough not to wait until said liquids are cool.

What's wryly funny about all this is the list of things they say a coffee enema can cure.  Implant-O-Rama, says the website, “can mean relief from depression, confusion, general nervous tension, many allergy related symptoms and, most importantly, relief from severe pain.  Coffee enemas lower serum toxins.”

If it gets rid of confusion, you have to wonder why people in the middle of a coffee enema don't suddenly frown and say, "Wait.  Why do I have a tube up my ass?  This is idiotic."

And about relief from severe pain -- I guess getting scalding hot coffee up your backside would take your mind off any pain you're experiencing elsewhere, just as smashing your toe with a hammer makes you temporarily forget you've got a headache.

Then, of course, we have the disclaimer:


The information contained in these pages and on this website is not intended to replace your medical doctor.  This information has not been evaluated or approved by the FDA and is not necessarily based on scientific evidence from any source...  These products are intended to support general well-being and are not intended to treat, diagnose, mitigate, prevent, or cure any condition or disease.

"Not intended to mitigate any condition?"  So what the fuck does "relief from depression etc. etc. etc." mean to you?

The whole thing is kind of maddening, but even more maddening than the idea that hucksters are trying to bilk you out of your hard-earned cash (that, after all, is what hucksters do) is the fact that there are bunches of people just kind of nod and go, "Oh.  Okay."  It apparently never occurs to them to ask how the hell a coffee enema could help you, or even to ask the person making the claim to name one specific toxic substance the body produces that your liver and kidneys are incapable of handling.

So anyway.  My general advice is "just don't."  There's a good reason that the slogan doesn't go, "The best part of waking up is Folger's up your butt."  There's nothing wrong with a good cup of coffee in the morning, but please put it into the correct orifice.
Posted by Gordon Bonnet at 2:07 AM