Happy New Year to all of my devoted readers.  I appreciate you more than you know, and don't say it often enough.  I hope 2018 is a wonderful, rewarding, and productive year for you all.

And I sure as hell hope it's better than 2017.  I usually end the year with a retrospective of interesting stories month-by-month, and this time I thought, "Like I want to relive the last twelve months.  Once was enough."  While some good things happened, both personally and on a larger scale, 2017 was by and large a slow-motion train wreck.  Mostly what 2017 brought to the forefront was two things -- the power of ignorant people in large groups to sink to the lowest common denominator of human behavior, and our ability to elect incompetent, immoral, and unqualified people to public office, and to continue to support them even as they tear the house down around our ears.

Which, now that I come to think of it, are kind of the same thing.

So I'm not going to focus on that, being that I already focused on it plenty in posts I did in 2017.  Let's look ahead, instead.  Maybe it's time to think about our dreams and aspirations, to appeal to our highest impulses instead of our lowest ones.  I'm not a big believer in "visualize it and you can achieve it" -- that's always sounded like wishful thinking to me -- but you sure as hell can't achieve something if you don't believe it's possible.

Or, to quote William Lonsdale Watkinson, "It is far better to light a single candle than to curse the darkness." 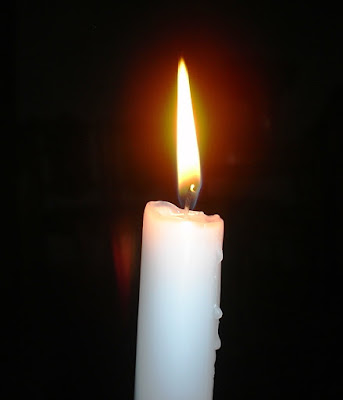 Let's start with the big picture.  I know "Peace on Earth" is a bit of a lofty goal, so how about: putting more time, effort, energy, and money into the things that improve people's quality of life instead of those that increase suffering, marginalization, and inequity?  Instead of building walls and deporting children and splitting up families, let's work on fixing the conditions that create refugees.  Instead of ceding more power to the corporations that are destroying the environment in the name of short-term profit, let's use the technology -- much of which is already cheap and available -- to convert to renewable energy, high-efficiency resource use, and low waste stream.  Instead of demonizing Planned Parenthood for their role in providing abortions (an extremely small part of what they do), let's work on eliminating the need for abortions by providing high-quality sex education and free access to birth control.  Instead of blaming schools and teachers for the poor performance of students, let's empower educators to make changes to the system based upon research in the psychology of learning -- treating as professionals the people who we've hired to spend thirteen years guiding and caring for our children.

If I could pick out one thing, however, that more than anything else created the shitstorm of 2017, it was the way that fear pushed so many of us into not listening to those with whom we disagreed -- or worse, considering them to be actively evil.  We stopped looking at the other political party, or people of another religion (or no religion at all), as being different, and started considering them the enemy, as people who were deliberately spreading (dare I say it) "fake news" for their own malign purposes.  2017 was the year of the echo chamber, the year that we started being afraid to switch the channel from MSNBC to Fox News or vice versa for fear we'd hear something that challenged our preconceived notions or made us uncomfortable.  It was the year of the Republitards and Democraps, the year we started looking at half of our fellow citizens as ethically bankrupt, morally degenerate, or stupid.

This works to the advantage of a group of people, and let me clue you in on something: it's not the average, middle-class working man or woman.  The ones who benefit by keeping you in fear are the oligarchs and plutocrats, who make you feel like if you don't keep voting them into office, The Bad Guys are gonna get you.  If you're scared that Party X is going to destroy your way of life, you'll keep voting for Party Y regardless of who they are -- a sexual predator, a cheat, a liar, a scoundrel, a narcissistic bully.  We have got to get back to the place where character and vision count for more than party affiliation.

This may all sound pretty pie-in-the-sky, but the thing is, it's all doable.  These are all things we can control, if we'll stop buying the horrible message that we're powerless.  As Christopher Robin said in Winnie the Pooh, "Promise me you will always remember that you are braver than you believe, stronger than you seem, and smarter than you think."

I will end with an exhortation.  Treat the people around you with a little more patience, compassion, and trust.  Most of us want the same things -- a stable place to live, clean food and water, love and acceptance, safety for our family and friends.  The number of people who want to hurt you are few in number, far fewer than the sensationalized media and clickbait websites would have you believe.  I've traveled a great deal, including places where most of the people had different faces than mine, spoke different languages, followed different belief systems.  Virtually everyone I came into contact with met smiles with smiles, kindness with kindness, generosity with generosity.  I think we could go a long way toward fixing our problems if we just stopped looking at the majority of our fellow humans as the enemy.

I'll wish for you all a bright new year.  To quote another great philosopher of our time, Anne Shirley of Anne of Green Gables: "Isn't it nice to think that tomorrow is a new day with no mistakes in it yet?"  Much more so an entire year of tomorrows.

Make the most of them you can.
Posted by Gordon Bonnet at 3:43 AM