I'm of two minds when laypeople write about science.

On the one hand, I applaud anyone who is willing to delve into the often deep waters of scientific research.  To put it bluntly, science ain't easy.  After all, by comparison to actual researchers, I'm a layperson myself, despite a degree in physics and the fact that I've taught biology for 31 years.  So to any non-specialist who puts in the time and effort to truly understand something from actual scientific research, I have nothing but admiration.

Also in the positive column is the incalculable benefit that has come from popularizers, people like Carl Sagan and Neil deGrasse Tyson.  While they themselves are scientists, they've made abstruse topics accessible to the masses -- something for which they are sometimes criticized, a stance about which I've written before and which I truly cannot understand.

However.  The problem with laypeople leaping into science writing is their potential for getting things wrong, for interjecting fuzzy-headed ideas, and thus misrepresenting the science itself.  It's usually done with the best of intentions; unlike some of the people I write about here, it's seldom about self-aggrandizement or making a profit.  But it does create the difficulty that a person can read an article and actually understand less about the science involved when they're done than they did before they read it.

I ran into a particularly good example of this in the online magazine Medium a couple of days ago.  The article was "Quantum Mechanics and Existentialism: Removing my Fear of Death" by Alex Vervloet.  It starts off promisingly enough; a description of Vervloet's curiosity about subatomic physics and quantum mechanics, which spurred him to do some research and reading on the subject.  (The book he chose to read, Reality is Not What It Seems: The Journey to Quantum Gravity by Carlo Rovelli, is one I'm unfamiliar with, but Rovelli himself is a theoretical physicist and one of the founders of the theory of loop quantum gravity, so he certainly has sterling credentials.)

In any case, Vervloet starts out right, both in his search for information and in his article.  But about halfway through, he had passages like this: 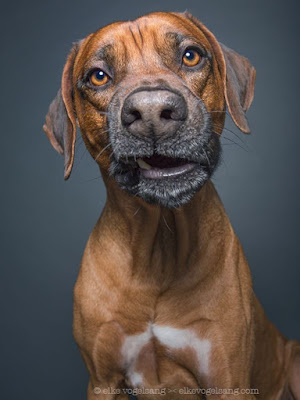 Amongst the many things wrong with this passage is the idea that we convert "calories, sleep, sunlight, and water... into chemical energy."  This is either some metabolic pathway I've never heard of, or else he's just making shit up.

My vote is for the latter.

He also throws in a mention of the Oscillating-Universe Model -- put simply, that the outward motion of the galaxies will eventually be reversed, and we'll have a "Big Crunch" followed by another Big Bang -- and treats it as if it were accepted science, when in fact it is at the moment a mere speculation.  (I could write a whole post on the subject of the mass of the universe, and the possibility of our expanding outward forever or eventually collapsing, which brings in some of the least-understood parts of physics -- dark matter and dark energy.)

Then he takes these pieces and runs right off the cliff with them, with his "theory" -- which I will quote rather than trying to describe, so you can get the full effect:


We know that when certain particles of mass combine, they create elements, and those elements make up the universe.  But what about energy?  What happens when certain energies combine?  Explosions.

I believe this is the secret to our consciousness.  Just like the universe began with The Big Bang (or bounce), so did we.  Every human being is the product of a Big Bang.  The right combination of entangled energy particles combined into a sperm cell and ovum to create us.  Our body and consciousness explodes into existence and expands to adulthood, then shrinks until it reaches its inevitable death (every mass is eventually converted back to energy and visa versa).  It’s then either buried in the ground to be converted into energy for plants, cremated into heat energy, or donated to science, where the energy leaves the body, and another body can use its energy to power the part(s).

Oookay.  Where do I start?

"Combining energies" does not create explosions.  In fact, I'm not even sure what he means by "combining energies," given that he seems to be using the woo-woo definition of "energy" to mean "the cosmic interconnectedness of all beings" rather than the rigorous scientific definition of "what is introduced to a system either to heat it or to give it the potential to do physical work."  But then he goes even further off the beam with quantum entanglement causing consciousness, there being entangled particles in sperm and eggs, and that the energy in our bodies can be "converted into energy for plants" (which is wildly wrong; plants are solar powered, so while the materials of a dead body might be recycled into a plant, the energy in the body would be devolved as heat during decomposition).

He then goes off into cycles and reincarnation and various other odd tangents, but at that point I kind of stopped paying attention.

Okay, I'm not trying to be mean, here.  Vervloet sounds like his heart is definitely in the right place, and a lot of his muddled ideas could be fixed (and hopefully will be fixed) if he continues researching what the physicists are actually saying.  But what bothers me here is that the publishers of Medium chose to post his article, which is really just the meanderings of someone with a rudimentary grasp of the topic.  (As evidenced by his use of the word "theory" to mean "something I just pulled out of my ass and which could be wrong as easily as right.")

All of which makes me sound like a humorless know-it-all.  And I acknowledge readily that there are tons of topics about which I am mostly ignorant -- but I refrain from writing about them, because whatever I wrote would be irrelevant.  The problem is that a publication, even an online one, becomes a conduit of information, and this is giving a completely wrong impression of what the science actually says.

In any case, I hope Vervloet keeps reading and keeps learning.  It's certainly a fascinating, if difficult, topic.  Ignorance, after all, is a universal condition, but it's completely curable.  You just have to be willing to admit where your understanding falls apart, and find someone who knows more than you do to remedy the situation.
Posted by Gordon Bonnet at 2:04 AM