One of the reasons we have science is that our intuition is so often wrong.

We're misled by dozens of things, from simple failures of our perceptual or processing apparatus, to our preconceived notions and cognitive biases, to falling prey to others who want us to think a certain way.  Science gives us a way around all of that; its understanding relies on data and evidence.  What we thought beforehand, what someone else told us -- none of that matters.

Now, I'm not saying that science has no biases.  There is no endeavor that is completely bias-free.  However, if you want to find a way to the truth, based on the current best knowledge we have, science is the only game in town.

This comes up because of a paper released last week in the Journal of Information, Communication, Society that addresses a commonly-held belief, especially amongst those who are (like myself), "of a certain age;" that social media and the ubiquity of cellphones and other internet-connective devices are going to result in a generation of young adults who don't know how to interact with each other in person -- or, perhaps, who simply don't want to.

Note that this belief is usually founded on nothing but annoyance.  Looking around a bus stop or a doctor's waiting room, and seeing all the faces glued to their Smart Phones, it's easy to imagine that it might be true.  After all, it seems kind of logical, doesn't it?  You stare at your phone rather than connecting to the people around you.  Of course that's going to isolate you, right? 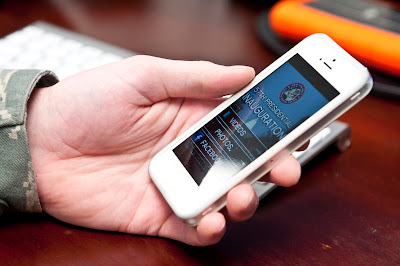 So Jeffrey A. Hall, Michael W. Kearney, and Chong Xing, of the University of Kansas Department of Communication Studies, decided to test that supposition, and their results appeared last week in the paper "Two Tests of Social Displacement Through Social Media Use."  And the results were unequivocal; frequent social media use had no effect whatsoever on social isolation in teenagers.  Those who were already isolated stayed isolated; those who were already connected stayed connected.  The authors write:

But... but... our intuition on this seemed so logical, didn't it?  On the other hand, when I think back on my own misspent youth, my memory tells me otherwise.  I was painfully shy, and to say I had no social life in high school is an understatement of colossal proportions.  This was long before the days of Smart Phones and Facebook (hell, my students think it was long before the days of Gutenberg and the Printing Press).  I can therefore guarantee that my own social isolation had nothing to do with social media, because it didn't exist.  And my guess is that if there had been social media, at least it would have given me some way of interacting, other than my preferred method of getting beaten up in the gym locker room.

Jeffrey Hall, who co-authored the study, elaborated on its results.  "It was not the case at all that social media adoption or use had a consistent effect on their direct social interactions with people," Hall said.  "What was interesting was that, during a time of really rapid adoption of social media, and really powerful changes in use, you didn’t see sudden declines in people’s direct social contact.  If the social-displacement theory is correct, people should get out less and make fewer of those phone calls, and that just wasn’t the case."

So science here gives us a chance to challenge our preconceived notions, and in this case finds that our tendency to rant about "kids these days" and "it wasn't like that back in my day" turns out to be false.  The sad postscript, however, is that I don't expect this to change anyone's attitudes.  It's like the study, released last year, that not only does spanking not work to change a child's behavior, it's associated with a host of mental problems later in life, including depression, suicide risk, and drug abuse.

After that study came out -- and it is one of several studies that have reached this conclusion -- there was an outpouring of outrage on social media that "the liberals are trying to stop us from disciplining our kids" and "kids these days are disrespectful and lazy, and wouldn't be that way if they were spanked for it" and (most often) "I was spanked all the time as a kid, and I turned out fine."  Which proves that you can have controlled scientific studies out the wazoo, and it won't stop people from falling back on anecdote and personal experience and what they already believed.

Which is kind of distressing, now that I come to think of it.

Anyhow.  If I can get one person to stop and reconsider what they think, and perhaps base their understanding on hard evidence, I'll have done my job.  Now, y'all will have to excuse me, because it's been a while since I've checked Facebook.  You never know what might have happened in my absence.
Posted by Gordon Bonnet at 2:36 AM