Bee all, end all

Why in the hell are people still listening to Gwyneth Paltrow on health-related matters?

It's a rhetorical question, really.  People still reject the commentary of experts and embrace the opinions of the drastically unqualified in a lot of realms other than medicine.  But when it comes to mistakes that can kill you quickly and painfully, taking bad medical advice really can't be beat.  Which is what a 55-year-old woman found out when she underwent a Paltrow-approved procedure called "bee acupuncture," and proceeded to die of anaphylactic shock.

If you're wondering if "bee acupuncture" can possibly be what it sounds like -- yes, it is.  I didn't know about it, either, until a loyal reader of Skeptophilia sent me a link to an article about it a couple of days ago.  The way it works is a "practitioner" holds a live bee in forceps, and puts it on your skin, squeezing the bee until it gets pissed off and stings you.  In a 2016 article in the New York Times, Paltrow said it's a wonderful therapy:


[G]enerally, I'm open to anything.  I've been stung by bees.  It's a thousands of years old treatment called apitherapy.  People use it to get rid of inflammation and scarring.  It's actually pretty incredible if you research it.  But man, it's painful.

Then she tells us about something called a "sound bath," wherein you lie back and expose your body to "different frequencies" to "achieve a meditative state."  "That may even be too hippie for me," Paltrow said.

But back to the bees.  There's no particularly convincing evidence that acupuncture by itself works; there have been studies that show a higher-than-placebo improvement rate in patients subjected to acupuncture, and some pretty convincing evidence that any improvement is due to endogenous opioids produced in response to someone sticking a needle into your skin.  So I'm still doubtful about the whole thing.

Then you bring bees into the picture, and you add the whole extra frisson of the possibility of dying of an allergic reaction.  If you're curious, the woman who died of anaphylaxis after her bee treatment had been stung before -- this was her twenty-fifth bee acupuncture session -- and never had a problem other than localized swelling.  This time, her blood pressure dropped, she went into shock, started gasping for breath -- and because she wasn't receiving this quasi-medical treatment in a hospital or clinic, had to wait for thirty minutes for the ambulance to arrive.  They treated her with an epi-pen, but the damage was too great.  She lingered in the hospital for a few weeks, but never regained consciousness, and ultimately succumbed to multiple organ failure triggered by the reaction to the venom. 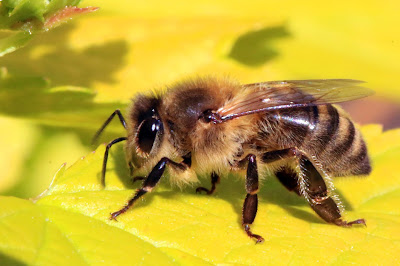 So this brings up my initial question, which is why the hell you'd take the medical advice of a woman whose main qualifications for dispensing such dubious wisdom is being rich enough to start her own "natural health and alternative medicine" company.  There seems to be a huge drift in this country toward distrusting experts (i.e. the people who have actually put in the time to understand the subject in question) and trust instead overconfident laypeople whose stock in trade is folksy "that seems like it should work" anecdote and wacko quack remedies.  In fact, the outcome of the presidential election can be looked at as a rejection of expertise -- replacing people who were career politicians who, whatever else you can say about them, know how government works with people whose philosophy can be summed up as "wing it, hope for the best, and when shit blows up, claim that everything is okay and that it's Obama's fault anyhow."

At this point, I'm beginning to shrug my shoulders when I hear about people who injure themselves after falling for Paltrow's nonsense, and instead simply saying, "Natural selection at work."  It sounds harsh, and I'm normally more compassionate than that, but honestly, I don't see much difference between this and the folks who still take up smoking even though the medical establishment showed that smoking causes lung cancer fifty-odd years ago.  If you're dumb enough to do it anyhow, then you deserve what you get.

But it does make me wonder how far Paltrow and others like her are going to have to step over the line before the FDA will say, "I don't care if you say 'This product is not intended to treat, cure, or diagnose any medical condition' on the packaging, you're killing people and you fucking well need to stop."  (Okay, the FDA probably wouldn't phrase it like that, which is why I don't work for the FDA.)

In any case, let me make it clear, for anyone still considering buying products from "Goop:" you're doing so at your own risk.  Gwyneth Paltrow is not a medical professional, nor even a well-informed layperson, she's a nut who jumps on any bandwagon that sounds appealing, and markets highly-priced and dubiously effective health aids that have not been rigorously tested for efficacy or safety.

In other words: caveat emptor.  But in this time, the buyer might have to beware of bodily injury or death.
Posted by Gordon Bonnet at 2:14 AM