A few years ago, I met author K. D. McCrite, whose series The Confessions of April Grace is beloved by both kids and adults for its beautifully-drawn characters and whimsical, sometimes screwball comedy storylines, all seen through the eyes of her title character, a girl growing up in rural Arkansas.  It wasn't until I'd known K. D. for some time that I found out that she had an alter ego -- Ava Norwood, the pseudonym under which she writes dark, gritty modern novels that only share with her other books a signature crystal-clear writing style.

K. D. herself is a deeply spiritual woman, despite the fact that her Norwood novels have more than once cast organized religion in a harsh and unfavorable glare.  We've become fast friends even though we don't have the same philosophical outlook -- in fact, our differences have led to some really interesting discussions, and far from distancing us, those conversations have deepened our friendship.

I thought it'd be interesting to hear her views on spirituality, writing, and how she reconciles her beliefs with her unflinching Norwood novels.  So she's my guest interviewee on Skeptophilia today.  I hope her answers get you thinking.  And I also hope you'll check out her novels, to which I've included links at the end of this post.

GB: How does a spiritual person -- which you clearly are -- deal with the capacity for abuse inherent in organized religion?


KM: That’s not easy to do.  The life of a Christian should be simple: follow the example and teachings of the one who showed us the way.  Jesus was not an abuser, or a loser, or liar, or snob, or swindler.  He moved among all classes of people, showing no favoritism for wealth or status.  When people came to him, he did not turn them away.  He gave generously from what he had, and he served others.  Whether we believe he’s the son of God or we don’t believe in god at all, we probably agree the example of his life is the right way to live, if we want peace and contentment in our lives.  So when people claim to be Christian, but are wrapped up in ego, materialism, power, status, and legalism, I get a little hot under the collar.  No wonder Christianity now carries with it a repugnant image.  I rarely call myself a Christian any more.  I prefer Follower of Christ, and I do my best to live up to his example.

GB:  Tell me about your Ava Norwood novels, and how you reconcile your own beliefs with your writing, especially given the fact that some of the most despicable characters in them are representatives of organized religion, and yet consider themselves holy and sanctified.


KM: My books penned under the name of Ava Norwood feature people who have fallen into some kind of religious existence built on sand.  That is, their lives are set to collapse because what they are doing is foolish and weak.  I’m mixing metaphors here, but a reader should know when he opens an Ava Norwood novel, the characters are going to reap what they sow by the end of the story, good or bad.  It’s my hope that the books are thought-provoking, even enlightening.  If not, I hope I have at least offered a great read. 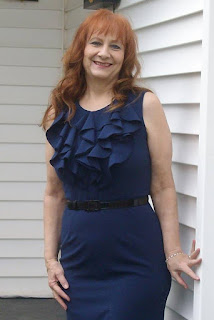 GB:  So you write in two different styles/personas.  One as Ava Norwood, and the other as K.D. McCrite, who writes family-friendly fiction that sometimes touches on Christian values.  Is there ever an issue with one fan base getting offended by the books in the other genre?


KM:  This is always a concern to me.  The Ava Norwood books have strong language, and graphic scenes of a violent or adult nature.  But let me be clear: the language and the scenes are not gratuitous.  They are true to the life and nature of the characters, and without them, the story would be weaker and have less impact than I intend.  I recognize that some people prefer their reading fare to be squeaky clean, and I understand.  I recommend that, rather than being offended or upset that I have chosen to use profanity, sex, or violence in a realistic way, they leave books by Ava Norwood unopened.  Otherwise, the purpose of the story is diluted or ignored because the offended reader can’t get over the portion that upset them. 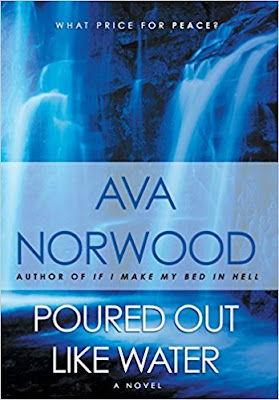 Then we have the K.D. McCrite books, written for anyone from eight to 108.  Unfortunately, the audience for them restricts itself because of the lack of violence, sex, and language.  There are readers who seem to believe that there is no story without those elements.  However, I’ve been told by numerous people that “I assumed I wouldn’t like the book, but once I started, I really enjoyed it.”  The fact is, humorous, heart-warming stories can be every bit as gripping as something darker and grittier.  But how will these readers ever know that if they judge the books without reading them?

GB:  How would you answer a fan who did get offended?


KM:  "Offending someone was not my goal while writing this book, and I’m sorry you feel that way."  How else can one respond?  Not everyone is going to like everything.


Here are links to some of K. D.'s books -- I've read many of them, and thoroughly enjoyed them, both the ones she writes under K. D. McCrite and those she writes under Ava Norwood.  Give them a try!

As Ava Norwood:
If I Make My Bed in Hell
Poured Out Like Water
Posted by Gordon Bonnet at 2:06 AM