People with a commitment to the truth should demand that media and politicians make their statements using unambiguous language, and not hesitate to call them out when they don't.  Obfuscation is the next best thing to telling outright untruths; it misleads and confuses just as much.  Which, no doubt, is what was intended.

It's why my blood pressure spikes every time I hear how the media usually deals with the blatant falsehoods spoken by Donald Trump and Sarah Huckabee Sanders.  They're not "alternate facts," not "opinions," not "differing interpretations."  They're lies.  And we should not waver in identifying them as such.

But the word I want to address today is "truther."  It's been appended to the loony claims of most of the current conspiracy theories.  We have 9/11 "truthers," Sandy Hook "truthers," flat Earth "truthers."  And it's a word the media, and everyone else, needs to stop using.  These people are not only not speaking the truth, they have no interest in the truth whatsoever.  All they want is to bend the facts to fit their warped view of how the world should work.  Any evidence that doesn't fit their claims is ignored, argued away, or labeled as a fabrication. 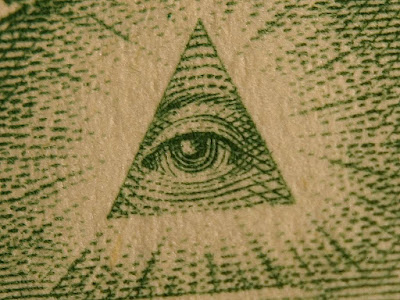 This comes up because of a pair of self-identified "truthers" who were arrested a couple of days ago for harassing the pastor of the First Baptist Church of Sutherland Springs, Texas, Frank Pomeroy.  This is doubly horrific; not only did Pomeroy have to deal with the massacre last November of his parishioners by shooter Devin Kelley, Pomeroy's fourteen-year-old daughter was killed in the tragedy.

But to people like Jodi Mann and Robert Ussery, this is just more fuel for the fire.  The "Deep State" engineered the event, they said, during which no one was actually killed.  Grieving friends and family members were played by "crisis actors."  The whole thing was staged to turn people against supporting the Second Amendment, which is the first step toward confiscating all guns and the government imposing martial law.

And the Sutherland Springs massacre isn't the only thing Mann and Ussery claim didn't happen.  According to Ussery and Mann's website, Side Thorn, neither did the mass murders at Sandy Hook Elementary School, the Boston Marathon, Marjory Stoneman Douglas High School, and the Jason Aldean concert in Las Vegas.  All of them were complete fabrications.

This belief has led them to do things that any sane person would consider completely incomprehensible.  In the case of Pastor Pomeroy, the pair spray-painted "The Truth Will Set You Free" on a poster put up for friends of the pastor's slain daughter to sign.  Ussery and Mann demanded proof from her father that the girl even existed, demanding to see her birth certificate or other evidence that she wasn't -- as they claimed -- an invention of the media.  Ussery, Pomeroy said, repeatedly followed him around screaming threats, including one that he was going to "hang Pomeroy from a tree and pee on him while he's hanging."

So finally, the pair have been arrested for harassment.  Fortunately.  They've also sent threatening notes to the students-turned-activists who survived the Stoneman Douglas shooting.  They are, they said, actors, and the shooting was "100% a staged drill."

One of the students, Cameron Kasky, has responded to this allegation with his characteristic humor and grace, tweeting, "Anyone who saw me in last year's production of Fiddler on the Roof should know that no one would pay me for my acting."

The problem is, that's not going to stop Ussery and Mann and others like them.  These people are on a crusade, and welcome being arrested as a chance to give their lunacy a public forum.  But what prompted me to write this was not the craziness of an obviously false claim.

It's that the media has been consistently calling Ussery and Mann "truthers."

No, they are not truthers.  They are either delusional or else are outright and blatant liars.  They are promoting a dangerous conspiracy theory that has no basis in fact, and besides that, are attacking grieving family and friends of people who were victims of mass murderers.  There is no "truth" about this at all.

It's a deranged false claim, and the people promoting it are guilty of threats and harassment.  Pure and simple.

We need to stop soft-pedaling things.  It gains nothing, and in this case, subtly lends credence to people who do not deserve it.  The media -- and by extension, we who consume it -- need to be unhesitating in labeling a lie as such.

That is how you become a "truther."
Posted by Gordon Bonnet at 2:01 AM