Let's establish something right from the outset.

Vaccines do NOT cause autism.

Clear enough?  If you are in any doubt, here's a site that provides links to exhaustive studies and meta-analyses that not only show no causative relationship between vaccines and autism, but that there is not even a correlation.

I.e., Andrew Wakefield was lying, and the anti-vaxxers are willfully putting their own children at risk of potentially deadly diseases that are entirely preventable.  As I've said now about 582 times.

The reason this comes up yet again is a webpage that I've now seen posted three times, with the title, "NOW IT'S OFFICIAL: FDA Announced That Vaccines Are Causing Autism!"

The article goes on to say the following:


You may be wondering: Why some of the doctors don’t say anything about the risk of DTaP Vaccine?

That is a question that many of us, still wondering! Maybe they just is just not convenient for them that we know about the risk of these vaccine.

To take the vaccine debacle further, most of the mandated vaccines for infants and children, contain many of the above ingredients, which must be stopped from being injected into infants, toddlers, teens and even adults!

It’s time for Congress to rescind the “Get out of Jail Free” card for vaccine makers and stop the aggressive onslaught of the Autism Spectrum Disorder that is depriving children of a fulfilling life and ruining families emotionally, financially, and physically to the point of parents divorcing because of the stresses of ASD in a family.

The reason that "some of the doctors" (exclusive of frauds like Andrew Wakefield) aren't saying anything about the risk of autism from DTaP and other vaccines is that there is none.  There may well be kids who were diagnosed as autistic following their vaccinations; after all, most vaccines and most autism diagnoses both occur during early childhood.  But to associate the two is the Post Hoc, Ergo Propter Hoc Fallacy -- "after this, therefore because of this."

Let me say it again: multiple studies with huge sample sizes have found that the incidence of autism is no higher in vaccinated children than it is in unvaccinated children.  And vaccinating your children will keep them getting diseases like diphtheria, which back in the days before immunization, killed children by the thousands by making them, literally, slowly suffocate to death. 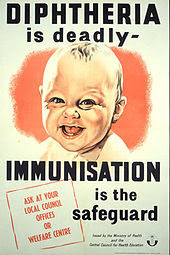 So needless to say (or it should be), the FDA didn't announce any such thing.  If you bother to read the article, or (better yet) take a look at the FDA post that generated it, what you find is that the information the government published on the DTaP (diphtheria, tetanus, and pertussis) vaccine listed autism along with a dozen or so "reported adverse effects" -- but then said, and I quote, "Because these events are reported voluntarily from a population of uncertain size, it is not always possible to reliably estimate their frequencies or to establish a causal relationship to components of Tripedia vaccine."

The important part is "reported voluntarily."  In other words, all you'd have to do is have a single parent call the FDA and lodge an official complaint that their child became autistic due to the DTaP vaccine, and it would be justifiably included on this list.  Nowhere does it says that the claim -- any of them on the list, in fact -- had been evaluated by a physician, or even confirmed to be the truth.  This isn't even at the level of anecdote.

This is at the level of "my aunt's best friend's gardener's second cousin's third-grade teacher said it was so."

If you think that I'm just a blogger with an axe to grind on this topic -- not entirely untrue, I must admit -- here's the piece that Snopes did on the subject.

It's unfortunate the FDA did that -- not that I'm in favor of suppressing information, bear you, but the last thing we (or they) really need is the anti-vaxxers to come howling out of the woodwork.  Not that they ever gave up, really, and it's amazing how much their campaign has worked, even among people who are otherwise pretty sensible.  I've seen more than one person claim they'd never get a flu shot because the year before, the vaccine gave them the flu (impossible, as the flu vaccine contains dead virus particles) and that there's no way they'd have their child receive the HPV vaccine because it can potentially cause brain damage (total bullshit, and especially horrifying given that the eradication of HPV would virtually eliminate the risk of six different particularly deadly cancers).

The message should be loud and clear.  Claiming that the risks of vaccination outweigh the benefits, or that the risk is even significant, is quite simply wrong.  Refusing to vaccinate your own children constitutes child endangerment, not to mention putting at risk children who can't receive vaccines for legitimate medical reasons (e.g. having a damaged immune system).

This debate is over.  It's time for the anti-vaxxers to stop screeching about coverups and shills and conspiracies by Big Pharma, and admit that they were wrong from the outset.

And along the way, admit that this has never been about evidence; it's about irrational fear and a never-say-die adherence to personal bias.
Posted by Gordon Bonnet at 4:00 AM