It's simultaneously amusing and a little frightening how sure we all are of our own opinions.

When challenged, we tend to react either with incredulity or with anger.  How on earth could anyone believe differently than we do?  Our own beliefs arise, of course, from a careful consideration of the facts, of the world as it is.  If you think differently, well, you're just not putting things together right.

And not only do we use our certainty in our own rightness to make judgments about others, we also use it to cement our own conclusions over time.  I recall with some discomfort the time I was being interviewed on a radio program, and the host asked me a perfectly legitimate question for someone who is a self-styled skeptic, namely: has there been a time that I have been challenged in one of my beliefs, and after analysis, turned out to be wrong?

Well, it was a fair knock-out.  I could only recall one time that, in the (then) five years I'd written Skeptophilia, that a reader had posted an objection that changed my mind.  (If you're curious, it was about the efficacy of low-level laser therapy on wound healing; she came at me with facts and data and sources, and even if I'd been inclined to argue, I had no choice but to admit defeat and retreat in disarray.)

But other that that?  When I get objections, I tend to do what most of us do.  Say, "Oh, how sad for you that you don't agree with me," and forthwith stop thinking about it.

What's so appalling about this is how easily those seemingly set-in-stone root beliefs can be changed by circumstances outside of our control, and often, without our even knowing it's happening.  Which brings me to a simple but elegant experiment done at Yale University by John Bargh, Jaime Napier, Julie Huang, and Andy Vonasch that appeared in the European Journal of Social Psychology late last year.  The experiment springboarded off a longitudinal study done at the University of California that showed that the more fear a child expressed over novel situations in a laboratory at age four, the more conservative (s)he was likely to be twenty years later.  Conservatives, it has been found, are more likely to regard the unfamiliar with suspicion, and in fact, have higher activity in the amygdala, a part of the brain associated with anxiety.  Liberals, on the other hand, have a greater degree of trust in the unknown (whether justified or not), and tend to be less fearful of new people and new experiences.

So what Bargh et al. decided to do was to see if the opposite might hold true -- if changing people's sense of being safe would alter their political stances. 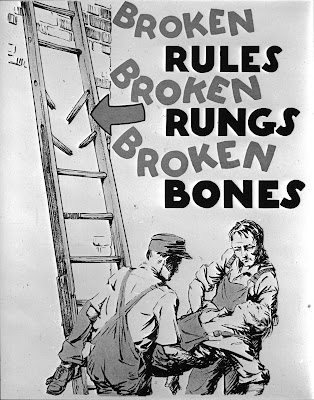 And they did.  Bargh's team guided participants through an intense visualization exercise, which for some participants was about having the ability to fly, and for others being invulnerable and safe from harm in all situations.

The results were dramatic.  In Bargh's words:


If they had just imagined being able to fly, their responses to the social attitude survey showed the usual clear difference between Republicans and Democrats — the former endorsed more conservative positions on social issues and were also more resistant to social change in general.

But if they had instead just imagined being completely physically safe, the Republicans became significantly more liberal — their positions on social attitudes were much more like the Democratic respondents.  And on the issue of social change in general, the Republicans’ attitudes were now indistinguishable from the Democrats.  Imagining being completely safe from physical harm had done what no experiment had done before — it had turned conservatives into liberals.

This study has a couple of interesting -- and cautionary -- outcomes.

First, the researchers did not look at how long-lasting these changes were, so even for those who think the changes were a good thing (probably my left-leaning readers), there's no guarantee that the leftward shift was permanent.  Second, consider the fact that the shift occurred by having people visualize an imaginary scenario -- i.e., something that isn't true.  Even if the shift was long-lasting, I have some serious qualms about changing people's beliefs based on having them imagine a falsehood.  That, to me, is no better than having them persist in erroneous beliefs because of a lack of self-analysis.

But to me the scariest result of the experiment by Bargh et al. is to consider how this tendency is exacerbated -- or, more accurately, manipulated -- by the media.  Conservative news sources thrive on inducing fear.  (As one example, think about the yearly idiocy over at Fox News about we atheists' alleged "War on Christmas.")  By the same token, liberal media tends to focus on stories that make you feel better, at least about the usual left-wing talking points -- stories, for example, of immigrants who have succeeded and become model citizens.  In both cases, it's powered by our tendency to shift rightward when we feel threatened and leftward when we feel safe -- and, in both cases, to keep listening to the news sources that reinforce those feelings.

I'm not at all sure what to do about this, or honestly, if there's anything that can be done.  We all have our biases in one direction or the other to start with, and we're pretty likely to seek out news sources that corroborate what we already thought.  A combination of confirmation bias and the echo-chamber effect.  But what the Bargh et al. study should show us is that we can't become complacent and stop considering our own beliefs in the sharpest light available -- and always keep in mind the possibility that our own opinions might not be as carved in stone as we'd like to think.
Posted by Gordon Bonnet at 1:59 AM