A couple of weeks ago, I wrote a post about some people who allegedly time traveled back here from as far away as the 95th century, which is pretty impressive until you listen to what they actually say (my post includes links to YouTube videos, if you're interested), at which point you are driven to the conclusion that the whole lot of them are loons.

That assessment, of course, is insufficient to get said loons to shut up and sit down, nor apparently to get people to stop believing them.  So today we have:

I ran into the story over at Mysterious Universe, in an article by Paul Seaburn.  Seaburn, fortunately, seems as simultaneously amused and mystified by the claim as I am, which is reassuring.  But the guy in the YouTube video (of course he's also in a YouTube video), who says his name is Michael Phillips (born in 2043), is pretty unequivocal about the foul-ups, potential and otherwise, that have been caused by people leaping into the past and messing about with things.  Phillips says:


Another time traveller from, I think it was 2038, he came back, his name was Titor.  He came back to 2000, I do believe, and he thankfully stopped a civil war in America which was supposed to kick off in 2008…  It was decided that America needed a single unifying event to bring the country together and to revert a civil war – and that event was 9/11…  He did change the timeline so the civil war in 2008 didn’t happen.

The person he's referring to is John Titor, a name that showed up on various online sites in 2000 and 2001, and who claimed to be a US soldier from Tampa, Florida, who had jumped back here from the year 2036.  So at least Phillips is citing a real time travel claim, which is one up from what most of these wingnuts do. 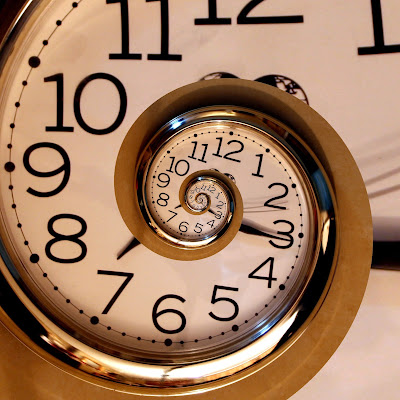 But citing a claim is a far cry from showing that it's the truth.  And in the case of Titor, there were a variety of problems that cropped up, problems that Phillips decided it wasn't prudent to mention, so I will:
Be that as it may, Phillips has his own dire predictions about our future:


I do want to tell you about North Korea because they do attempt to launch a nuclear weapon at the United States – that happens later on this year in late 2018.  Hopefully we can change the timeline so it doesn’t happen.  That’s a partial reason for creating this video...  North Korea does attempt to attack a US territory – that’s what I’ll call it – in response the US sends two cruise missiles laden with nuclear tips.  Two of those to Pyongyang.  Unfortunately what happens as a result of this nuclear exchange, in 2019 World War Three does happen.  It kicks off.  It wasn’t an unlimited war – nowhere near the scale of World War One or World War Two, however, I have to try and stop it from happening. I don’t want people to die.

So then why doesn't he time-travel back to before Kim Jong-Un was born and give his dad a condom, or something?  Isn't that kind of thing supposed to be what time travelers are good at?

If that wasn't bad enough news, Phillips also said that Donald Trump would be reelected in 2020, and would be succeeded in 2024 by someone named "Michael McIntosh."  Whoever that is.  Oh, in 2022 an earthquake measuring 10.2 on the Richter Scale will hit Los Angeles and level it completely.  Then California will sink into the ocean or something.  Honestly, at that point I kind of stopped listening.

Anyway, there you have it.  Time travelers trying to foil other time travelers.  I probably shouldn't criticize; that's the basic idea of my novel Lock & Key.

Of course, it bears mentioned that there's that little word posted on the spine: