Lost among the stars

After yesterday's post, about politics and hypocrisy, I'm inclined today to retreat to my happy place, which is: cool new scientific research.

The story this week that blew my mind comes from research by Gaia, an astronomical study agency based in the European Union.  They just released new and detailed information on a sampling of stars in the Milky Way, including the intrinsic brightness, distance from the Earth, color, and relative motion.

Astronomers were pretty enthused by all this.  "This is a very big deal," said David Hogg, astrophysicist at New York University.  "I've been working on trying to understand the Milky Way and the formation of the Milky Way for a large fraction of my scientific career, and the amount of information this is revealing in some sense is thousands or even hundreds of thousands of times larger than any amount of information we've had previously.  We're really talking about an immense change to our knowledge about the Milky Way."

It's the scale that's the impressive part, because Gaia's study provided detailed information...

"This is the data we're going to be working on for the rest of my career.  Probably no data set will rival this," said Jackie Faherty, astronomer at the American Museum of Natural History.  "It's the excitement of the day that we see it.  It's why we were up at 5 a.m. to get here.  It's exciting to be around each other and trying to get the data all at once.  It's a day we're going to remember." 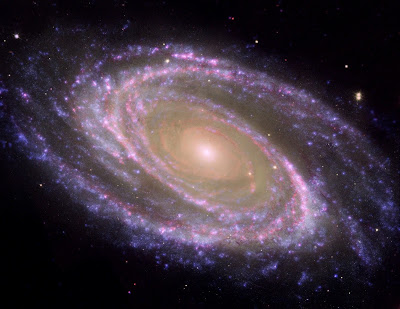 However, to put things in perspective, these 1.7 billion stars represent less than 2% of the stars in the Milky Way.  So if this is "hundreds of thousands of times larger" than what we had before, we were really working from skimpy information prior to this..  It's a little like trying to come up with a good idea of life on Earth by examining a platypus, a cactus, and a mosquito.  You could find out some cool stuff (aerobic respiration, photosynthesis, gas exchange, DNA & RNA, and so on) but you'd still be missing well over 99% of the details.

This is not intended as a criticism, of course.  It's an amazing leap over what we had prior to this, and is certain to give us information on the physics of stars we didn't have before.  Considering that we're stuck here on this spinning rock, 40,000,000,000,000 kilometers away from the nearest star (other than the Sun, obviously), that's pretty damn impressive.

Oh, and that's just looking at the Milky Way.  To put things even further in perspective, at current conservative estimates, there are 200 million galaxies in the universe, each of which contain on the order of 100 billion stars.  So the current amazingly exhaustive survey gives us information about 0.0000001% of the stars in the universe.

The mind boggles.  I mean, at some point, even the mathematically adept have to throw their hands into the air and say, "Okay, there are lots and lots of stars."

All of which brings me back to a question I've considered many times; wondering if there's intelligent life out there.  With all of those star systems, there has to be, right?  I remember as a kid, sitting out in my parents' front yard with my telescope, and wondering if some alien kid 500 light years away was sitting in his parent's front yard looking back at me.  I still think it's unlikely any of them have made it here -- not only is the Sun kind of a wimpy star, in a backwoods arm of the Milky Way, but the General Theory of Relativity is still strictly enforced in most jurisdictions.

Anyhow, it's pretty cool.  But I need to wrap this up, and go back out into the... world.  Where things like politics are happening.  I'll try not to be too upset about it.  Who knows, maybe it'll be clear tonight, and I can go out and look up at the stars.

And maybe, many light years away, an alien science nerd will be escaping from the ridiculous political situation on his planet, and is looking back in my direction.