My mother's elder sister died ten years ago, at the age of 90, after a long, slow, tragic decline from Alzheimer's disease.  I remember my Aunt Florence as a bright, intelligent woman, who loved to read, had a whipcrack sense of humor, and could beat just about anyone around at Scrabble.  The first symptoms were a gradual descent into what my mom called "fogginess," but it was accompanied by worry, anxiety, and paranoia.  She lost more and more of herself to this horrible disease, and during the last few years of her life she was immobile, unresponsive, with no apparent awareness of her surroundings.

My cousin, her eldest daughter, and her family cared for Aunt Florence with a diligence and selflessness that borders on heroism.  Even after she no longer knew where she was or who was in the room with her, they talked to her, made sure she was kept warm and safe, and was hugged and shown affection every single day.

To me, dementia is one of the scariest things out there.  I can't imagine anything more fundamentally terrifying than to lose one's memory and sense of self, to have a damaged mind trapped in a withering body, to be totally dependent on others for my care.  No one should have to endure that.  I'm hopeful that research in Alzheimer's will one day find a therapy or medication that slows down the progress of the disease, or perhaps cures it entirely.

In the meantime, there's been some interesting research into palliative care.  Just last week, the American Association for the Advancement of Science announced some research that will be published this month in the Journal of Prevention of Alzheimer's Disease, done at the University of Utah, that considers using music as a way to alleviate the horrible anxiety that comes along with the early and middle stages of the disease.

Researchers found that the part of the brain that mediates our emotional response to music is relatively undamaged by Alzheimer's (for reasons as yet unknown).  They investigated the possibility that even people whose memories were largely gone might remember, and be comforted by, hearing familiar music.  And their results were striking.

Jace King, lead author of the study, said the response was obvious.  "When you put headphones on dementia patients and play familiar music, they come alive.  Music is like an anchor, grounding the patient back in reality." 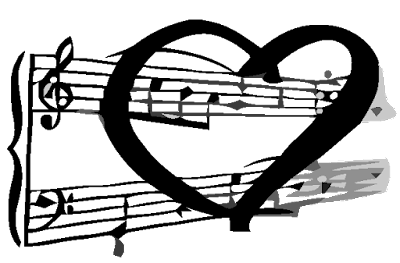 The researchers placed the test subjects in an fMRI machine, and monitored brain activity while playing one of three things through headphones -- a selection from the patient's music collection, the same music played backwards, and silence.  The familiar music triggered dramatically increased activity in the cerebrum, and a spike in functional connectivity.

The previously quiet parts of the brain were once again talking to each other.

Norman Foster, senior author of the paper, was encouraged by these results.  "This is objective evidence from brain imaging that shows personally meaningful music is an alternative route for communicating with patients who have Alzheimer's disease," Foster said.  "Language and visual memory pathways are damaged early as the disease progresses, but personalized music programs can activate the brain, especially for patients who are losing contact with their environment."

It's not a cure, or even a treatment, for the disease, but anything that can alleviate the horrific anxiety that comes along with it is a blessing.  "In our society, the diagnoses of dementia are snowballing and are taxing resources to the max," study co-author Jeff Anderson said.  "No one says playing music will be a cure for Alzheimer's disease, but it might make the symptoms more manageable, decrease the cost of care and improve a patient's quality of life."

Which is tremendous in and of itself.  Considering how much music affects me emotionally -- I'm the guy who wept the first time I heard Ralph Vaughan Williams's Fantasia on a Theme by Thomas Tallis -- it's fantastic that there is a way to bring some of that emotional depth back to people who are becoming progressively disconnected from their world.

So if, heaven forfend, I ever descend into that deep, dark pit that is Alzheimer's, please give me a temporary reprieve by playing some of my favorite music.  You could start with Stravinsky's Firebird.

After that, use your imagination.  I'll be thankful, even if at that point I may not be able to say so.