You say goodbye, and I say dratzo

Whilst casting about for a topic for today's post, I stumbled upon an article in Medium from June of last year entitled, "Is the Galactic Federation Real?"

Well, I don't want to leave you in suspense as to the answer, so therefore:

But boy, does the author, one Lisa Galarneau, think it is.  Or, more accurately, the alien intelligence she's channeling, one "Artemis Pax," thinks so.

Yes, I know Artemis is the name of a Greek goddess, i.e., a human-created mythological figure from right here on Earth, and "Pax" is Latin, not Alienese, for "peace."  So this is a little like the episode of the abysmal 1960s science fiction show Lost in Space which featured an alien named, I shit you not, "Princess Alpha of the planet Beta."

Anyhow, Galarneau/Pax blather on a bit about the whole idea, featuring paragraphs like the following:

What we would like to assure you is that ascension into a 5D reality will be more glorious than any of you can imagine. You will all, for instance, experience positive changes to your bodies. Your reality will be flooded with divine love, which will make everyone feel amazing. Your galactic neighbors will also be involved in lifting you up even further, and you will see a technological, spiritual, societal and cultural transformation of your civilization like nothing you have ever contemplated or imagined.

Which sounds pretty hopeful, especially given some of the scary stuff that's been going down lately.  I think we could all use a nice infusion of divine love, frankly.

She goes on to explain the whole thing via a bizarre analogy to The Wizard of Oz, which she calls "a metaphor from your popular culture," further proof that she's actually an alien.  But after reading all this, I decided I needed to dig a little deeper.  Was this just one article about one wingnut claiming to be a spiritually-ascended five-dimensional alien, or was this belief more widespread?

And all I can say is: whoa.


I found the site Galactic Federation of Light, which put to rest any thought that Galarneau/Pax was one isolated nut.  Feel free to take a look at it, but please be forewarned that this site is very slow to load, and in fact resulted in my having to restart my browser twice -- perhaps because the Galactic Federation Overlords were aware that I was accessing their site in order to poke fun at them.

Be that as it may, this site explains everything you might want to know about the Galactic Federation, and features a YouTube channel and Twitter feed that has thousands of followers.

To save you the time and effort, and potential damage to your computer's hard drive, I sifted through the site and pulled out a few highlights.  It's largely composed of a series of dated posts, each stating who said it and some including which Galactic Federation Master (s)he was channeling at the time.  Here is a sampling:


Your planet is literally surrounded with craft from all corners of the universe as all beings vie for ringside seats to the greatest show in the galaxy.  Your world has long been highly regarded as one of the finest spiritual schools in the universe and entry into this University has been highly sought after.  Now, you are on the precipice of a school-wide graduation, and you are center stage for the family that has come from all parts of the universe to attend the graduation ceremonies.  (Galactic Federation through Wanderer From The Skies, July 14, 2016)

Seriously?  Humanity is "highly regarded" and the Earth is "one of the finest spiritual schools in the galaxy?"  Judging from recent events, this doesn't say much about the educational system elsewhere in the universe.  As far as the fact that we're graduating, I suppose that's good, although I hope the speeches are better than the ones at most of the graduation ceremonies I've been to.  And if someone decides to read the names of all seven billion graduates, I'm leaving.


The next three or four months are destined to be eye opening, and you will know for sure that the big changes are on the way...  So get ready to button up your safety belts and enjoy the ride. It can be seen as good or bad as you want it to be, so see the goal that is being aimed for and not the manner in which it is to be reached.  All you need know is that it results in all you have been promised.  It will be an unbelievable time with one surprise after another, and celebrations will be taking place.

I am SaLuSa from Sirius, and tell you that our ships are gathering for the grand announcement that will allow us to land on your Earth by invitation. (SaLuSa / through Mike Quinsey, 20th July 2016)

Well, given that this was posted a year ago last summer, and I don't remember Autumn 2016 as being all that eye-opening, I guess SaLuSa from Sirius might have gotten his wires crossed somehow. 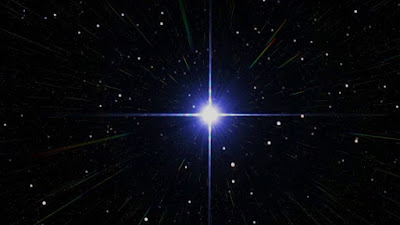 Since the posts were in chronological order, I decided that like the Brothers of the Holy Hand Grenade of Antioch, I needed to skip a bit, so I scrolled down to more current posts.  From April of 2017 I found the following:


Dratzo!  We return!  The great shift that your world is undergoing was first predicted by the Ancients over 13,000 years ago.  It is part of what they called 'the great galactic year.'  Heaven is to honor this time by establishing a great Light, which will wash away the dark and all its minions.  We were asked, over 20 of your years ago, to come here and be ready at an appointed time to carry out a mass landing of our personnel on your precious shores.  And so we came, and then saw that Heaven's dates for this undertaking were somewhat unclear.  So we adapted, and proceeded to use these moments to get to know you better.  Since our arrival here, we have become part of a sacred movement to prepare Gaia's surface humans for the requirements of the divine decrees for this planet.  One of them specifies the need to resolve the issue of the dark minions' labyrinth of control on your planet through sacred cleansing.  In the main this will start with a formal, immense change in the way your societies operate and in the way you perceive the nature of your reality.  (Washta, Sirius Star-Nation, Galactic Federation of Light & Ascended Masters, 17th April 2017)

"Dratzo?"  Is this some kind of greeting from Sirius, or something?  I think we should all begin to greet each other in this fashion from now on, so that "Washta" and his buddies feel at home when they arrive.  Maybe it also comes along with a cool hand sign, sort of like the Vulcan "Live Long and Prosper" thing, only way more ridiculous.

"Washta" had a further missive that he delivered late last year:


Dratzo!  We return!  We have been informed that several major banks worldwide are nearly ready to transfer ownership and management.  This is part of the massive shift of financial power out of the hands of the dark into those of the Light, and is the result of recent maneuvers by the Ascended Masters.

Furthermore, the time has come to consolidate the funds that were first posited by Saint Germaine in the early 18th century, and by Quan Yin in the 7th century.  These large reserves of gold and silver are the basis for shifting wealth on your world away from a select few over to those who are fully committed to the creation of universal prosperity for the planet.  Accompanying this transfer is the new banking system which will be completely transparent in its varied transactions.  The new banking is rooted in the unprecedented injunction that banks be the divine instruments of the Light.  They are to be used to manage various corporations (special partnerships) charged with specific and temporary mandates: to distribute technologies and related services to benefit the health and well being of your global populations.  (Washta, Sirius Star-Nation, Galactic Federation of Light & Ascended Masters, 24th April 2017)

Well, that sounds hopeful enough. I wouldn't mind it if the banks, and corporations in general, started being more concerned with the health and well-being of global populations, instead of what they mostly seem to be doing lately, which is buying congresspersons and kissing Donald Trump's ass.  But at this point, I stopped reading, because I was afraid my browser would crash again, and also because my prefrontal cortex was beginning to make alarming little whimpering noises.

What strikes me about this is that the people who believe this stuff (and there seem to be quite a few, judging from the posts and the comments that followed) go way beyond wishful thinking into that more rarefied air of delusion.  I mean, it'd be nice if there were some Galactic Good Guys who were ready to Storm The Beaches and reorganize world governments so that they Played Nice, but there's just this teensy little problem, which is that there's no evidence whatsoever that any of it is true.  And this brings up a troubling question, to wit: what is it that makes someone swallow something like this?  I mean, beyond the rather sad answer that the person in question is mentally ill.  And I just can't believe that mental illness accounts for all of the believers in conspiracy theories, pseudoscience, cults, superstitions... and Galactic Federations.

I actually know people who are seemingly quite rational, who hold down jobs and raise families and interact socially, and yet who have some pretty bizarre beliefs on a single topic -- astrology, homeopathy, HAARP, the Illuminati, psychic contact with animals.  What in the human brain can become so untethered, in an otherwise intact mind, that a person loses the ability in that instance (and that instance only) to decide if something is real, has supporting evidence, makes sense?

I don't know the answer, but I do think the whole thing is a little scary.  So I'll end on that note.  Well, I do have one more thing to say: Dratzo!
Posted by Gordon Bonnet at 2:16 AM