Watching Donald Trump and our other so-called leaders over the last year and a half has been one long exercise in horrified astonishment.  The graft, corruption, self-aggrandizement, and bullying are beyond anything I've ever seen in government in my fifty-odd years of being at least somewhat aware of what was going on.  And, merciful heavens above, the lying.  An article was going around a few days ago that had the headline, "How Can You Tell If Donald Trump Is Lying?"  My answer to that question is, "If his lips are moving."

But the one thing that has stood out the most is the utter lack of empathy and compassion.  It's in the news every single day.  Our fellow humans called "animals," and anyone who even suggests that we should come up with a humane policy for illegal immigrants is shouted down as someone who "loves MS-13" (the notorious, ultraviolent Central American gang that has established itself in the United States).  At the same time, pretending that the humanitarian crises over a lack of drinkable water in Flint, Michigan, and a lack of basic necessities in Puerto Rico, simply don't exist.  (And here, the "they're illegals" argument doesn't work; we're talking about American citizens.)

Some recent research, led by University of California - Berkeley psychologist Dacher Keltner, has given us a lens into why this sort of thing is appallingly common.  He has studied the dynamics of power, and in particularly, how power interacts with a sense of empathy, and found something disturbing; power seems to dull a person's capacity for empathy, even in people who were empathetic to start with.


These findings suggest that iconic abuses of power—Jeffrey Skilling’s fraudulent accounting at Enron, Tyco CEO Dennis Kozlowski’s illegal bonuses, Silvio Berlusconi’s bunga bunga parties, Leona Helmsley’s tax evasion—are extreme examples of the kinds of misbehavior to which all leaders, at any level, are susceptible.  Studies show that people in positions of corporate power are three times as likely as those at the lower rungs of the ladder to interrupt coworkers, multitask during meetings, raise their voices, and say insulting things at the office.  And people who’ve just moved into senior roles are particularly vulnerable to losing their virtues, my research and other studies indicate.

The problem seems to be a loss of the capacity for what psychologists call "mirroring" -- being able to imagine yourself in someone else's mind.  This ability is critical for compassion; it's why many of us have a hard time watching violent scenes in movies, because we imagine ourselves in that situation all too easily.  A 2006 study by Adam D. Galinsky, Joe C. Magee, M. Ena Inesi, and Deborah Gruenfeld showed that just priming a person's brain by having half the subjects recall a time during which they were in a position of high power, and the other half a time during when they were powerless, alters their ability to perform simple mirroring tests -- such as drawing a letter "E" on their own forehead, in the proper orientation to someone who is looking at their face.  Even recalling being in a powerful position made a person more likely to be "self-oriented" -- and to draw the E backwards with respect to everyone else. 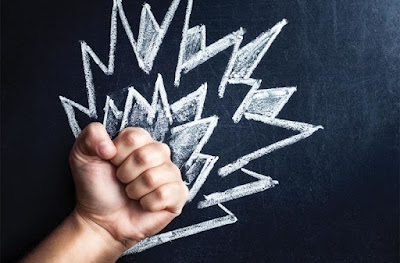 Wilfred Laurier University psychologists Sukhvinder Obhi and Jeremy Hogeveen, and University of Toronto - Scarborough researcher Michael Inzlicht, have found something even more interesting, and considerably more frightening.  They put test subjects into an fMRI machine, and had them watch a simple video -- for example, of someone squeezing a rubber ball.  The "non-powerful group" showed strong activation of the parts of the brain that would fire if the subject him/herself were squeezing the ball; they were, apparently, imagining themselves doing the task.  The "powerful group," though, showed much less activation of those pathways.


[T]he main results we report are robust, and strongly suggest that power is negatively related to motor resonance.  Indeed, anecdotes abound about the worker on the shop floor whose boss seems oblivious to his existence, or the junior sales associate whose regional manager never remembers her name and seems to look straight through her in meetings.  Perhaps the pattern of activity within the motor resonance system that we observed in the present study can begin to explain how these occurrences take place and, more generally, can shed light on the tendency for the powerful to neglect the powerless, and the tendency for the powerless to expend effort in understanding the powerful.

The Obhi et al. experiment's conclusion is profoundly depressing.  Recall that the test subjects weren't actually different in their overall power level; they were all college students who had simply been primed to recall being powerful, or not.  Obhi remarked that the mirroring pathways in the "powerful group" appeared to be "anesthetized" -- and would presumably return to their baseline once the experiment was over.

What about people who are in more-or-less permanent positions of power?  Could a long enough exposure to being in a power role permanently damage the ability to feel empathy?  It's easy enough to believe that about Donald Trump, who has had the money and position to pull everyone's strings at will for decades.  But the results of the research supports the famous line from Lord Acton, that "Power corrupts, and absolute power corrupts absolutely."  It'd be nice to think that the most empathetic and compassionate of us would still feel that way if we were elected to public office, but the truth seems to be darker than that.  I surmise that the individuals with the highest levels of empathy probably wouldn't run for office in the first place, but that's a guess.  But those that do seem inevitably to experience a dulling of their capacity for compassion.

As David Owen and Jonathan Davidson wrote in an article on hubris in the journal Brain in 2009:


Charisma, charm, the ability to inspire, persuasiveness, breadth of vision, willingness to take risks, grandiose aspirations and bold self-confidence—these qualities are often associated with successful leadership.  Yet there is another side to this profile, for these very same qualities can be marked by impetuosity, a refusal to listen to or take advice and a particular form of incompetence when impulsivity, recklessness and frequent inattention to detail predominate.  This can result in disastrous leadership and cause damage on a large scale.  The attendant loss of capacity to make rational decisions is perceived by the general public to be more than ‘just making a mistake’.  While they may use discarded medical or colloquial terms, such as ‘madness’ or ‘he's lost it’, to describe such behaviour, they instinctively sense a change of behaviour although their words do not adequately capture its essence.

It bears keeping this in mind when we look at our own leaders -- especially in situations, such as the current administration, where it appears that the branches of government tasked with providing checks and balances on the power of the leaders has decided instead to give them carte blanche to do anything they want -- however foolish, ignorant, callous, and inhumane their actions are.