A paper that appeared in the American Sociology Review in January, by Oliver Hahl (of Carnegie Mellon Institute) and Minjae Kim and Ezra W. Zuckerman Sivan (of MIT) should be alarming to anyone who values the truth over partisanship -- which, I hope, is the majority of thinking individuals.

The paper is entitled "The Authentic Appeal of the Lying Demagogue: Proclaiming the Deeper Truth about Political Illegitimacy," and begins with a frightening statement:


[H]ow can a constituency of voters find a candidate “authentically appealing” (i.e., view him positively as authentic) even though he is a “lying demagogue” (someone who deliberately tells lies and appeals to non-normative private prejudices)?...  [Our] results demonstrate that mere partisanship is insufficient to explain sharp differences in how lying demagoguery is perceived, and that several oft-discussed factors—information access, culture, language, and gender—are not necessary for explaining such differences.  Rather, for the lying demagogue to have authentic appeal, it is sufficient that one side of a social divide regards the political system as flawed or illegitimate.

Study co-author Zuckerman Sivan elaborated further, in a press release from MIT's School of Management.  "The key to our theory," he said, "is that when a candidate asserts an obvious untruth especially as part of a general attack on establishment norms, his anti-establishment listeners will pick up on his underlying message that the establishment is illegitimate and, therefore, that candidate will have an ‘authentic’ appeal despite the falsehoods and norm-breaking." 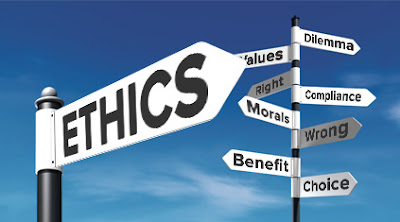 I don't know about you, but I find this legitimately terrifying.  One of the most common statements I heard people make in defense of Donald Trump during the lead-up to the 2016 election was that he "tells it like it is."  Even back then it was obvious -- and we've had about a million examples since -- the one thing Trump doesn't do is "tell it like it is."  The phrase "like it is" implies that he's the only one brave enough to tell the truth, when in fact, I have never seen an elected official lie as outrageously and continuously as Trump does.  (And I lived in Louisiana while Edwin Edwards was governor, which sets the bar pretty high.)

So Trump doesn't, in fact, "tell it like it is;" he tells us (1) like he'd like it to be (as in his recent statement that he's more popular than Obama ever was), and (2) like his devoted followers think it is (as in his claim that illegal immigrants are pouring across the border in record numbers, when in fact the number of illegals entering the country has been on a downward trend for over ten years).

"We argue that when voters identify with an ‘aggrieved’ social category — that is, one whose members see themselves as unfairly treated by the political establishment — they will be more motivated to view demagogic falsehoods from a candidate claiming to serve them as gestures of symbolic protest against the dominant group," Hahl et al. write.  "When this happens, such voters will view the candidate making these statements as more authentic than would people in other social categories...  If the key to the authentic appeal of the lying demagogue is that he is signaling a willingness to be regarded as a pariah by the establishment, Trump was certainly a credible pariah.  In this sense, his statements reminded his voters that he is a pariah just like them."

So we've somehow moved from "authentic" as meaning "true" to "authentic" as meaning "whatever flips the finger at the dominant paradigm, whether it's true or not."  Maybe it's always been this way; I've commented before that the hippie movement of the 1960s was just as clearly founded on a lie, that you could burn your draft card and driver's license, jettison all social convention, and live in a world of free food and free sex and no rules -- when, in fact, the vast majority of the hippies lived by sponging off people who had conventional jobs that paid for food, rent, and utilities.  The appeal was that the hippies appeared to be sticking it to the man, shaking a fist at a system that (in the words of the authors) was "flawed and illegitimate" -- a view that, in a lot of ways, wasn't wrong.  Nor are the Trump voters wrong, not in their basic objections -- that the system has largely profited the rich and screwed the lower middle class workers, and that the wealthy elite has many times acted with arrogance and disdain for the people of the "flyover states," when they didn't ignore them completely.  It's no surprise that the poorest states in the United States are the most staunchly red.

But just as the hippie movement wasn't the way out of the tangled morass of unrest during the 1960s, Trumpism isn't the way out of our problems now.  Trump and his cronies haven't helped the working class; damn near everything they've done has been of sole benefit to the fat cats and lobbyists, even if Fox News hasn't had the balls to say so.  And merciful heavens, he has lied.  I know that "politicians lie" is a cliché for good reason, but I have never seen anyone with such a complete and callous disregard for the truth as Donald Trump.  Worse, he gets away with it.  I swear, the man could say "2+2=3" today, and "2+2=5" tomorrow, and not only would his followers believe him both times, he could say "I never said that 2+2=3" while the fucking videotape was running, and they'd believe that, too.

So this takes "lying demagoguery" to unprecedented heights, where it's not so much that truth matters less than "gestures of symbolic protest against the dominant group," but that truth doesn't matter at all.

The basic problem is that addressing this would require remediating the conditions that have led half of America to view the system as "flawed and illegitimate" -- which is even less likely now that we have a government that views funneling money to the Koch Brothers et al. as a greater good than addressing poverty, unemployment, and infrastructure failure.  So the working class gets angrier, the poor get more desperate, and the whole thing snowballs as the democracy unravels -- just as it did in Weimar Germany.