One of the most tragicomic moments in my life happened at my twentieth high school reunion.

I was painfully shy when I was young.  I brought the concept "awkward teenager" to its absolute apex.  I made some passing attempts to fit in, but those were by and large failures.  I did have a few friends -- some of whom I am still in touch with, and whose friendship I treasure -- but to say I had no social life back then is an odds-on favorite for Understatement of the Year.

Anyhow, I was at the evening dance/party for my reunion, and did what I usually do at parties: got a drink and then stood around looking uncomfortable.  While I was standing there, I was approached by a woman on whom, when we were in high school, I had a crush of life-threatening proportions.  She came up and started chatting with me, and I relaxed a little, especially after reassuring myself that we weren't teenagers any more, and that I was indeed twenty years older than I had been when I graduated.

The conversation went here and there, and after a while she blushed a little and said, "I have a confession to make.  When we were in high school, I had a terrible crush on you, but I was too nervous to ask you out."

I goggled at her for a moment, and said, "Well, that's a little ironic..." and told her I'd felt the same way, and didn't ask her out for the same reason.

We had a good laugh over it, but really, it's kind of sad, isn't it?  We're so wrapped up in our neuroses and insecurities that we become our own worst enemies -- passing up opportunities that could have been rewarding purely out of fear.  It's not that I want a different life, mind you.  I've got an awesome wife, work in a wonderful school, and am finally seeing my novels take off.

But man, I really wish I could have loosened up a little back then, and just had some damn fun. 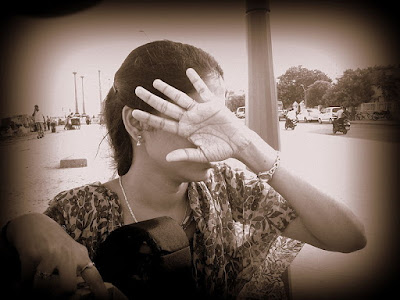 This all comes up because of a study that came out a few days ago about regret.  Titled, "The Ideal Road Not Taken: The Self-Discrepancies Involved in People’s Most Enduring Regrets," by Shai Davidai of the New School for Social Research and Thomas Gilovich of Cornell University, and appeared in the journal Emotion.

What Davidai and Gilovich found is that regret occurs when the three subdivisions of self don't line up -- the actual self (who you really are), the ideal self (who you wish you were), and the ought self (who you think you should be).  And this gives rise to two different kinds of regret, which are processed by the brain differently; could regrets (ones about missed opportunities for doing something you wish you had) and should regrets (ones about times you didn't act according to your own code of proper behavior).

Davidai and Gilovich found that the "could regrets" have far more long-lasting impact on our personalities than the "should regrets."  Nick Hobson, writing about the research over at Psychology Today, said:


[T]he findings suggested that ideal-related regrets are less likely to elicit psychological and behavioral coping efforts, which leads people to think they are still unresolved.  In contrast, because people have a more pressing need to deal with their ought-related regrets (again, because of social pressures), they are more likely to ultimately perceive them as resolved and dealt with.

Which is certainly my experience.  Oh, there were times in my past that I acted poorly.  Sometimes, really poorly.  In fact, on a couple of occasions, I was an unmitigated shit, and I still toy with the idea of contacting the wronged parties and giving an abject apology.  But it's the things I wish I'd done that have stuck with me the most -- like my long-ago coulda-been girlfriend.

Hobson, though, says we need to be gentle with ourselves over these failings, that they're universal to the human condition:


Contrary to what you hear in the media or what your friends tell you, living life without any regrets is pretty much an impossible task.  It is completely natural to wonder what your life could have been like had you chosen another career path or had you married your high school sweetheart.  From huge life-altering decisions to trivial everyday choices—our lives are comprised of could haves and should haves.  It’s what makes us human.

Which is reassuring, and something I need to take to heart, because this fall is my fortieth high school reunion, an event I look forward to with a combination of excitement and trepidation.  There certainly are lots of people there who it'll be nice to see again.  But I know it will bring up those old longings, so well portrayed in movies like Back to the Future and Peggy Sue Got Married, that I would give a lot to be able to go back and fix the things I regret doing -- and even more, the things I regret not doing.