It's a source of some amusement to me how certain we are of what comes in through our sense organs.

"I saw it with my own eyes" is treated as if it were as good as proof, even though we know our brains are easy to fool.  Consider optical illusions (here's a website that has a great sampler of illusions, along with explanations of what's going wrong with the sensory-integrative system when you look at them).  I tend to agree with Neil DeGrasse Tyson that "optical illusion" isn't what we should be calling them.  "We should call 'em brain failures," Tyson said.  "Because that's what they are.  You look at a funny, clever line drawing, and your brain can't handle it."

There was another blow to our confidence in what we're experiencing from a study that was just published two days ago in Nature.  The paper, titled "Illusory Body Ownership of an Invisible Body Interpolated Between Virtual Hands and Feet Via Visual-Motor Synchronicity," by Ryota Kondo, Maki Sugimoto, Kouta Minamizawa, Takayuki Hoshi, Masahiko Inami and Michiteru Kitazaki of the Toyohashi University of Technology in Toyohashi, Japan, describes an experiment wherein test subjects shown a very simple optical illusion ended up feeling as if they were controlling a mostly-invisible whole-body second self. 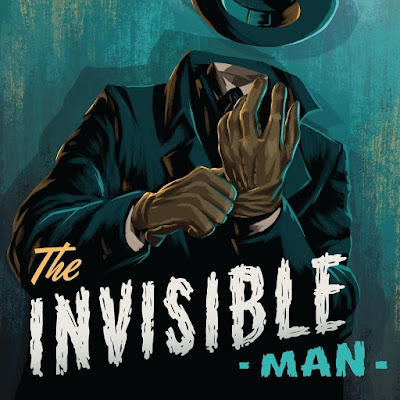 If you're thinking "These people must be really suggestible to fall for something like that," think again.  The illusion was remarkably consistent across test subjects of different ages, genders, and intellectual abilities.  The authors write:


Body ownership can be modulated through illusory visual-tactile integration or visual-motor synchronicity/contingency.  Recently, it has been reported that illusory ownership of an invisible body can be induced by illusory visual-tactile integration from a first-person view.  We aimed to test whether a similar illusory ownership of the invisible body could be induced by the active method of visual-motor synchronicity and if the illusory invisible body could be experienced in front of and facing away from the observer.  Participants observed left and right white gloves and socks in front of them, at a distance of 2 m, in a virtual room through a head-mounted display.  The white gloves and socks were synchronized with the observers’ actions.  In the experiments, we tested the effect of synchronization, and compared this to a whole-body avatar, measuring self-localization drift.  We observed that visual hands and feet were sufficient to induce illusory body ownership, and this effect was as strong as using a whole-body avatar.

So as weird as it sounds, people had a convincing sense of operating another body simply if they watched gloves and socks mimicking their movements -- and even if they knew ahead of time that this was all that was going on.

It's astonishing to what extent the illusory body can replace our actual body as a source of input stimuli to the brain:


An entire invisible body ownership is induced when participants observe a paintbrush moving in an empty space and by defining the contours of an invisible body through an HMD [head-mounted display] from a first-person perspective while receiving simultaneous touches on the corresponding parts of their real body.  The illusory ownership of an entire invisible body reduces autonomic and subjective social anxiety responses caused by standing in front of an audience.  In contrast, an illusion of missing body parts through illusory ownership of an amputated virtual body can be induced by eliminating a virtual (visual) body part and not applying physical touches to the body part corresponding to the missing part.  This illusory experience of amputation decreases corticospinal excitability of the illusory amputated body part.

The whole thing is profoundly humbling, and a little scary.  It has to make you wonder what part of our ordinary perception of the world is illusory -- how much of it is inaccurate, incorrect, misperceived, or just plain made-up.  Your brain does this on a minor scale all the time -- take the visual blind spot that we all have, located approximately twenty degrees on the outside of straight ahead in each eye's visual field.

If you've never experienced this phenomenon, it's easy to demonstrate.  You can do it with either eye -- I'll give you instructions for doing it with your left eye, but if you want to do it with your right eye instead, simply reverse all the directions right-to-left.
With both eyes open, it's easy to understand why we aren't aware of them; your left eye covers for your right eye's blind spot, and vice versa.  But why don't you experience a hole in your visual field with one eye open?  After all, even with one eye open, none of us feel like there's a floating blank spot out there in our peripheral vision.

The answer is that our brain basically makes stuff up, and fills in the hole.  It makes some assumptions about what we're seeing -- and that's what we perceive.  Never mind that there's really no light actually being sensed from that area; your brain just says, "Oh, well, I'll bet that's what's out there."

So "I saw it with my own eyes" is really a pretty crappy benchmark for accuracy.  I'll end with another quote from Tyson, this one taken from a talk he did on UFOs, and which seems a fitting way to conclude:


There's a fascinating frailty of the human mind...  We know, not only from research in psychology but from simple empirical evidence... that the lowest form of evidence that exists in this world is eyewitness testimony.  Which is scary, because that's the highest form of evidence the court of law...  So now, it wouldn't matter if you saw a flying saucer.  In science, even if you have something less controversial than a flying saucer, and you come into my lab and say, "You've got to believe me, I saw it," and you're one of my fellow scientists, I'm going to say, "Go home!  Come back when you have some other kind of evidence than 'you saw it.'"  Because the human perception system is rife with all kinds of ways of getting it wrong.  But we don't like thinking of it that way.  We have high opinions of our human biology -- when in fact, we should not.